By NewsroomSeptember 16, 2019Science and technology
No Comments

DNA sequencing has revolutionized the way researchers study evolution and animal taxonomy. But DNA has its limits—it’s a fragile molecule that degrades over time. So far, the oldest DNA sequenced came from a 700,000-year-old horse frozen in permafrost. But a new technique based on the emerging field of proteomics has begun to unlock the deep past, and recently researchers extracted genetic information from the tooth enamel of a rhinoceros that lived 1.7 million years ago.

In traditional DNA sequencing, the molecule is run through a machine that amplifies the genetic material and is able to read off the sequence of nucleotides—adenine (A), cytosine (C), guanine (G) and thymine (T)—that make up the DNA strand and encode instructions to make amino acids and proteins. The quality and completeness of a genome depends on how well the DNA is preserved. 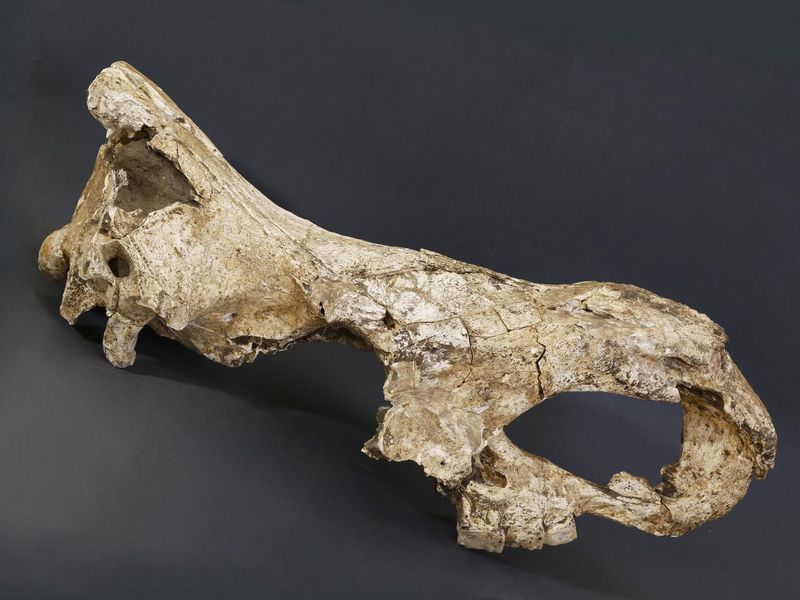 “It’s reading DNA when you don’t have any DNA to read,” Glendon Parker, a forensic scientist at the University of California, Davis, says in a press release. He and colleagues are developing proteomics techniques that can be used in criminology, evolutionary biology and anthropology. “Protein is much more stable than DNA, and protein detection technology is much better now.”

The most stable protein that we know of is tooth enamel, which can remain intact in fossils for millions of years. Enrico Cappellini of the University of Copenhagen and colleagues focused on this protein in a new study in the journal Nature. The researchers took a miniscule amount of enamel from the tooth of a 1.77-million-year-old Eurasian rhinocerous species called

Stephanorhinus, which was dug up in Dmanisi, Georgia. The DNA had long since degraded, but mass spectrometry allowed the team to retrieve genetic data from the enamel, the oldest ever to be recorded, according to another press release.

“For 20 years ancient DNA has been used to address questions about the evolution of extinct species, adaptation and human migration, but it has limitations. Now for the first time we have retrieved ancient genetic information which allows us to reconstruct molecular evolution way beyond the usual time limit of DNA preservation,” Capellini says. “This new analysis of ancient proteins from dental enamel will start an exciting new chapter in the study of molecular evolution.”

The finding has big implications for evolutionary biology. While DNA is scarce, tooth enamel is plentiful. “[Tooth enamel] seems to protect its protein almost like a little time capsule,” co-author and chemist Kirsty Penkman of the University of York tells David Behrens at The Yorkshire Post. “It’s a step forward from Darwin. He was making his predictions based on the shape of bones—we’re now able to get molecular information from the bone and the teeth. The potential for this to be applied to a huge range of different species, including humans, is enormous.”

Scientists already have a massive amount of material for genetic analysis available at their fingertips. “There are tons of these fossils sitting around in museums and in sediments around the world, and we can now get useful evolutionary information from them,” Penkman says.

One of the potential applications of this technique is sorting out the human family tree. Currently, the oldest DNA researchers have from human ancestors is about 400,000 years old, enough to tell us a little bit about Homo sapiens, Neanderthals and Denisovans. But beyond that, reports Phoebe Weston at The Independent, paleoanthropologists have primarily relied on changes in anatomy to decide if an ancient hominin is our direct ancestor. For instance, there is no direct genetic link between modern humans and Homo erectus, which may be a direct ancestor. Some evidence also suggests that early humans interbred with Homo erectus. A genome from that species would help iron out the relationship.

The new technique has already shaken up the family tree of ancient rhinoceroses. According to the paper, the enamel DNA reveals that the Stephanorhinus rhino is not a direct ancestor of the better known woolly rhino, which survived until the Pleistocene about 10,000 years ago, but is a sister lineage and the two likely evolved from a common ancestor. And this probably isn’t the only branch on the tree of life that will be reshaped by proteomics in the near future.