About 100,000 children in and around the national parks of Gonarezhou in Zimbabwe and Limpopo in Mozambique are being educated through the Peace and Changemaker Generation project to appreciate wildlife conservation efforts and to take a stand against wildlife crime.

The project also promotes girls’ rights in their communities as part of wider efforts to strengthen the two countries’ efforts to combat wildlife trafficking.

The project is a partnership between the World Children’s Prize Foundation and Peace Parks Foundation and is implemented in Zimbabwe by Shamwari Yemwanasikana, Gonarezhou Conservation Trust and Chilojo Club, in conjunction with the Ministry of Primary and Secondary Education.

This may be the first time that all children in a vast, but defined area are reached in order to contribute in the long-term to increased respect for children’s rights in their communities, and to the protection of wildlife and nature. The project is being carried out in communities in Zimbabwe and Mozambique living in or adjacent to the Great Limpopo Transfrontier Conservation Area.

At least 2,000 children will be trained as Peace and Changemaker Generation ambassadors, together with 700 teachers and school leaders. Parents and local leaders would also be educated. These project ambassadors and teachers will educate all 100,000 children, in about 350 schools, about child rights, global goals for sustainable development, as well as the consequences of wildlife crime and climate change for their communities. 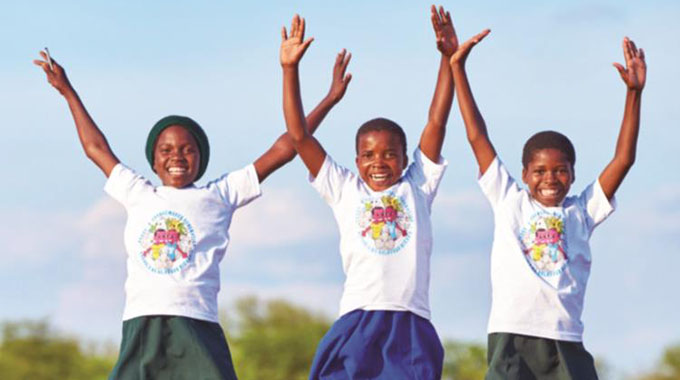 The national parks, Gonarezhou in Zimbabwe, and Limpopo in Mozambique, are rich in animal life and biodiversity that are continuously threatened by organised crime, poaching and trafficking of products such as rhino horn and elephant tusks; loss of natural habitat; drought; and climate change.

Both ecosystems and animals are endangered. There is not a single rhino left in the area. Many children live in poverty and face violations of their rights. Girls are especially vulnerable, but boys are also affected.

Paulo from Mozambique, now 16, was told to quit school at 13 to become a poacher: “It felt pointless carrying on at school, because there aren’t any jobs here anyway. But I’ve had enough,” he said.

“Poaching is not only illegal; it is also very dangerous. Poachers and rangers are getting killed in South Africa and Mozambique.”

Twelve-year-old Ronaldo from Mozambique lost his father when he was shot to death by park rangers in South Africa. “It’s wrong to kill animals, they are innocent. I wish my dad had done something different, but he did it because we are poor,” says Ronaldo.

Girls in the areas are especially vulnerable, and child marriage is common.

Blessing (15) from Zimbabwe was badly affected when her father gave up poaching after the number of park rangers increased. “It means I can’t go to school anymore, because we cannot afford to pay my school fees. Now I’m afraid that I will be married off,” says Blessing, having seen many of her peers, and younger girls, being forced to marry.

“Even though I had to leave school when my dad gave up poaching, I want to become a park ranger. Our wild animals are worth more alive than dead,” says Blessing.

Blessing, Paulo, Ronaldo and 100,000 other children in Zimbabwe and Mozambique are now taking part in the project, through which they will learn to stand up for their rights and make a change for a better future.

In addition, through the World Children’s Prize Programme, two million children in other countries will learn about the children in Zimbabwe and Mozambique, wildlife and protected areas, and how a new generation of children can make a change for the better.