12 poachers arrested around Kruger National Park within past month

By NewsroomDecember 14, 2021Wildlife Crime
No Comments 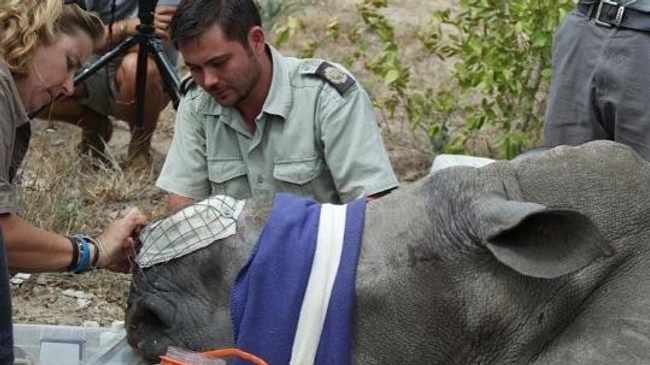 A rhino being dehorned to deter poachers. Image: As originally published by IOL

Intelligence-driven operations had seen 12 poachers arrested in and around the Kruger National Park within the past month alone, authorities said.

SANParks reported on Friday that its Environmental Crime Investigation (ECI) Unit in collaboration with the Directorate of Priority Crime Investigations, also known as the Hawks, conducted a series of intelligence-driven operations that led to the arrests.

They said that during the operations in Hazyview, Mpumalanga, suspects were found in possession of high-calibre firearms, ammunition and rhino horns.

In Limpopo, just outside the Kruger National Park’s Punda Maria gate, four additional suspects were apprehended after SANParks and the ECI received a tip-off from community members.

“We are hoping to arrest more of these poachers as time goes on, especially during this festive season,” Phaahla said.

KNP managing executive Gareth Coleman congratulated all the teams involved in the operation and commended the community members who gave the information that led to the operations’ success.

Authorities said Rhino numbers had dwindled in recent years, and were nearing extinction.

State vet Dr Louis van Schalkwyk says wire snares were the most dangerous form of poaching in the park because they caught virtually anything.

“We have to treat wounds every day to preserve the animal species. We are worried that there are not enough convictions of poachers through the justice system.”

In recent months, only two poachers have been arrested by the ECI unit, according to head field ranger Steve Mangena, at the Punda Maria area of the park.

“Most of these poachers are extremely clever and know how to familiarise themselves with the area.”

Mangena said villagers all around the park were a contributing factor to the poaching because they sat around the gates waiting for the poachers to sell them meat.

“Most of the people around here are extremely poor and depend on the poachers to get them food, which they buy at a cheap price,” Mangena said.