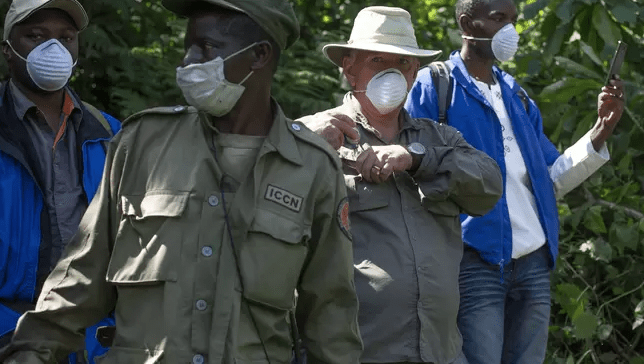 A statement released early Friday afternoon by the Congo Institute for Nature Conservation (ICCN) confirmed that an attack had taken place, with a ‘substantial loss of life’. ICCN director Cosma Wilungula said “around 60 fighters from the Democratic Forces for the Liberation of Rwanda (FDLR) ambushed a convoy of civilians that was being protected by 15 rangers”.

The FDLR, which operates in the volatile eastern DRC, has waged a periodic war with the Congolese government and rival militias since it was founded in 2000 by Hutu officials who fled Rwanda at the end of the genocide, which the United Nations estimates left over 800,000 dead.

“The guards were not the target and died while assisting the civilian vehicle that had been caught under fire from the attackers,” the Virunga National Park said in a statement.

According to the Enough Project, a policy organization aimed at countering genocide and crimes against humanity, several of Congo’s national parks – including Africa’s oldest, Virunga – are under siege.

“For years, the FDLR has helped sustain its activities by exploiting the remote area’s valuable natural resources, including minerals, ivory, fish, and marijuana. But one of the FDLR’s most successful revenue-generating businesses is the illicit charcoal trade in the DRC’s cherished Virunga National Park.

Headquartered deep in the remote southwestern sector of Virunga, the illegal charcoal trade is lucrative. Some have estimated it has an annual value of up to $35 million”.

The FDLR has recently been a source of friction between Rwanda and Uganda , with Rwanda accusing Uganda of supporting the FDLR and another DRC-based rebel group opposed to the Rwandan government. Uganda has consistently denied the allegations.

The CEO of the Game Rangers Association of Africa (GRAA), Andrew Campbell, said it was worst incident he had heard of in Africa:

“The odds these rangers are up against is hard to fathom as they are tasked with attempting to bring stability to one of the most volatile regions on the continent and frequently engage with heavily armed militia groups numbering from 50 to 500”.

Campbell says these rangers struggle on every level. “I’d be surprised if they earn more than $150 per month, after their US$50 salary is topped up by NGOs. We extend our condolences to their ICCN ranger colleagues, friends and call on the international community to drive support to their families via the Virunga Fallen Rangers Fund”.

Campbell says the DRC has “lost 71 rangers from July 2012 to July 2019. This amounts to over 20% of all ranger deaths recorded in Africa during that period, not including those lost between July 2019 and now”.