By NewsroomSeptember 26, 2019Anti-poaching
No Comments

The Lilongwe Magistrates Court has on Tuesday September 24 2019 convicted two Chinese nationals and two Malawians for Illegally possessing and dealing in wildlife products contrary to the National Parks and Wildlife Act.

In his judgment, Senior Resident Magistrates Court, Lilongwe presiding Magistrate Chisomo Msokera found the four individuals guilty of illegal possession of listed species c/s 86 read with 110 B (b), dealing in government trophies of listed species c/s 91 (b) 110 B (b) of the National Parks and Wildlife Act and possession of raw ivory valued at MK31, 879, 200, weighing 21.54 kgs. 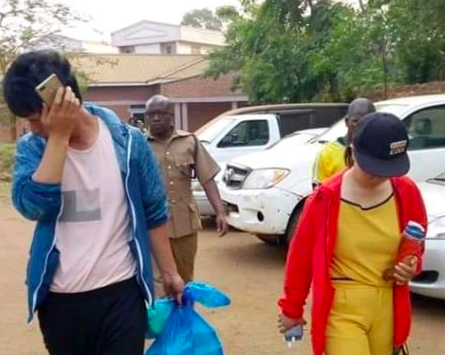 Speaking to the media after the judgement, State Counsel Andy Kaonga described the development as meaningful. “This judgement has been a long time coming,” Kaonga said. “The court has today proceeded to convict all the accused 4 persons. They were 5 of them but the 5th accused person pleaded guilty. These 4 pleaded not guilty and today the court has found them guilty on the charges of being found in procession of ivory and also the third and fourth convicts have been found guilty for buying and selling ivory to the first and second convicts,” he said.

Commenting on the way forward, Kaonga explained: “We made an application to the court today so that before sentencing the court should hear evidence to appreciate the nature and gravity of the case. We are parading witnesses on 21st October to help the court to arrive at a proper sentence.”

The Zambian national, Frackson Banda has been convicted but is currently on remand in prison awaiting sentencing. The Malawian nationals were on bail. The two Chinese nationals were on bail but they are now on remand in custody awaiting trial on other charges of wildlife trafficking (case 492/19). The two were arrested on 9th May 2019 alongside 6 other Chinese Nationals and 2 Malawian Nationals for possession of rhino horn, ivory, pangolin, hippo teeth, and firearms.

The hearing of this other case has been adjourned and a date is yet to be set.