By NewsroomDecember 1, 2019Anti-poaching
No Comments

A joint team of Assam’s Biswanath district police and Biswanath Wildlife Division apprehended two rhino poachers with arms near the Kaziranga National Park on Thursday evening while they were allegedly trying to enter the park to kill one of the horned rhinos.

The apprehended poachers were identified as Ayub Nabi and Imran Ali. The team had also recovered one rifle along with one magazine from their possession. 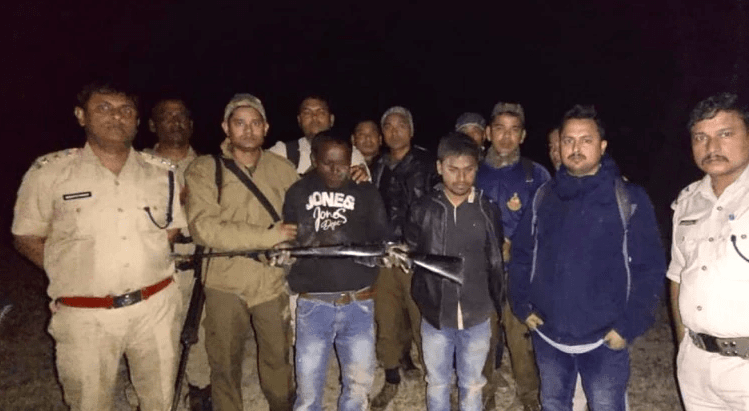 Original photo as published by India Today: The two poachers were allegedly trying to enter the park to kill one of the horned rhinos.

Based on the information that some poachers had come all set to kill a rhino, an operation was launched. A joint team of Biswanath Police led by Biswanath district Deputy Superintendent of Police (DSP) Muzzafar Hussain and Pranjal Baruah Ranger of Crime Investigation Range of Biswanath Wildlife Division.

The team walked a distance of around 4 km in Chapori area by crossing a river and apprehended two rhino poachers at Balidubi Chapori (adjacent to the sixth edition of the Kaziranga National Park).

Recently, police and the Biswanath Wildlife Division had arrested four most wanted rhino poachers at Behali area in Biswanath district in Assam.