By NewsroomAugust 20, 2021Wildlife Crime
No Comments 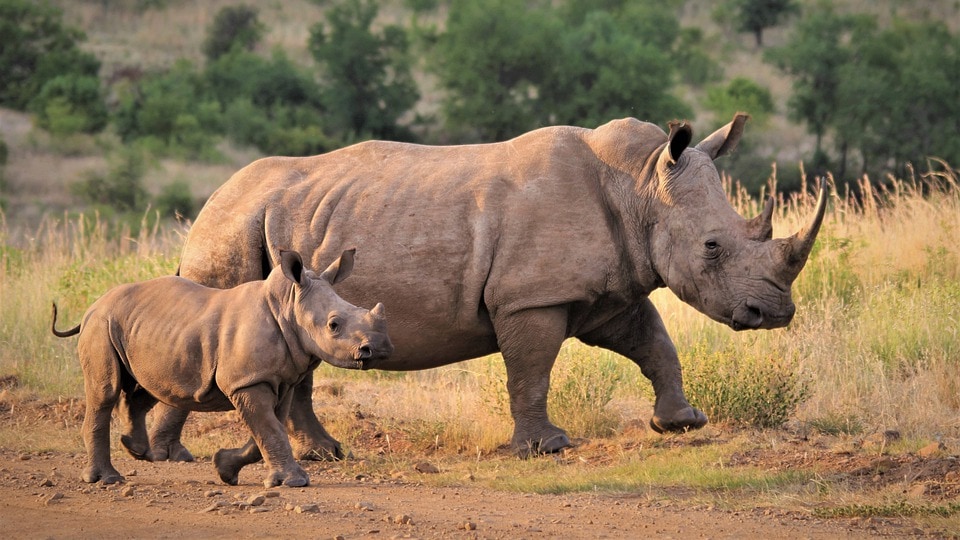 A rhino and its parent roaming freely. Image: Pixabay

According to the Department of Forestry, Fisheries and the Environment while the national lockdowns curbed the movement of people to halt the spread of Covid-19 in 2020 contributed to a decrease in rhino poaching, however the lifting of the stringent lockdown regulations appears to have seen an increase in rhino poaching in the first six months of 2021.

A number of successful arrests and prosecutions have also been recorded in the past six months. This again underscores the success of the collaborative work being done by law enforcement agencies. These include the police, the Hawks, SANParks, the Environmental Management Inspectorate or Green Scorpions, customs officials, SANDF, provincial park authorities and the National Prosecuting Authority.

The provincial and national breakdown for January to June 2021 (in comparison to 2019 and 2020) is as follows:

From January to June 2021, 40 alleged poachers were arrested within the Kruger National Park.  A total of 125 people have been arrested for rhino poaching and rhino horn trafficking across the country in the past six months.

Numerous confiscations of rhino horn have also taken place since January, both within the country as well as at OR Tambo International Airport.  The cohesive partnership with the South East Asian countries is also showing concrete results with the recent collaboration between the South African and the Vietnamese authorities resulting in one of the largest seizures of rhino horns and other wildlife products, thereby disrupting syndicate activities.

Fourteen cases have been finalised since the start of the year with a verdict, representing a 93% conviction rate. The total of 14 convictions represented 20 convicted accused. Due to the Covid-19 pandemic, the finalisation rate in courts has slowed down as witnesses, accused and court staff in many instances are required to isolate or quarantine, and even court buildings in some instances need to be decontaminated. This has had an effect on the finalisation of cases.

“It is clear that the multi-disciplinary, integrated approach to investigating illegal wildlife trade is bearing fruit and that effective collaboration with critical role players remains key to our success,” said Minister Barbara Creecy.

We remain aware that criminal elements within our society continue to take advantage of the socio- economic pressures and drive demand for illegal wildlife products.  Accordingly, the department, working with a number of communities, NGOs and donors, continues with various community developmental programmes, in collaboration with its partners, SANParks, Provinces and neighbouring countries. The only long term sustainable solution to wildlife management and conservation is to ensure communities living on the outskirts of our national parks benefit from tourism and other opportunities.

Noticeable increased poacher pressure has been experienced in Limpopo, Mpumalanga and the Free State provinces. The department is also monitoring the increased pressure seen on private rhino reserves and collaborating closely with the private sector which continues to play a significant role in rhino protection. During the same reporting period over the last three years, losses in private parks constituted 15% of the total reported loss in 2019, 9% in 2020 and 30% so far in 2021.