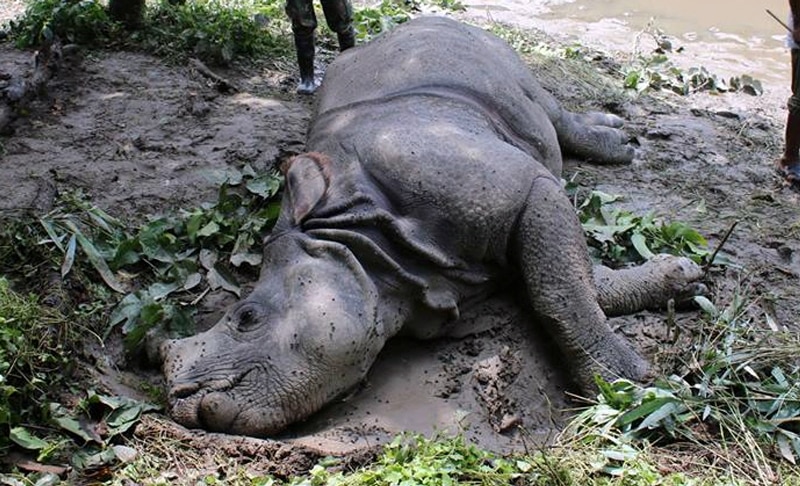 BHARATPUR: A total of 26 rhinos were recorded dead due to natural reasons in Chitwan National Park (CNP) last year.

According to Assistant Conservation Officer at the CNP, Prakash Uprety, among the dead rhinos, 24 were found dead around the CNP while the rest two were found dead in the forests adjoining the CNP.

Among the 24 dead, 13 were male and 10 female rhinos. Similarly, the number of dead rhinos whose gender could not be identified was three.

Uprety shared that a total of 43 of these herbivorous mammals were found dead in the corresponding year, the highest death recorded among the mammals.

Some of these wild beasts have accidentally lost their lives to electrocution as well, informed Uprety.

CNP alone had 605 of the total 645 rhinos recorded all over the country in the last rhino census held in 2015.

Rhino census is held every five years in the country. The census could not be conducted last fiscal year due to the COVID-19 pandemic but the CNP has said the census was in the offing for the new fiscal year.

Interestingly, not many rhinos were killed by poachers lately. The rising cases of rhinos dying natural deaths have, however, raised a wider concern in wildlife conservation.