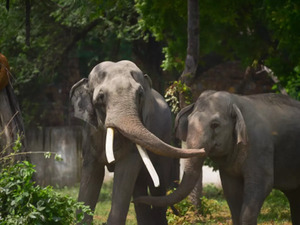 The minister said the elephant population in the state is on a rising trend as there were 1,930 jumbos in 2012 and the number rose to 1,976 in 2017. Image: As originally published by The Economic Times.