By NewsroomOctober 7, 2019Anti-poaching
No Comments

Five rhino poachers who were wanted for cases in Kwazulu-Natal have been arrested in Hazyview, Mpumalanga, police said on Saturday.

Police officers had arrest warrants for the men after they were linked to rhino poaching by means of forensics and ballistics, said Lieutenant Colonel Thulani Zwane.

They were linked to the death of rhinos and removal of their horns in Ntambanana and Esikhaleni in 2018. 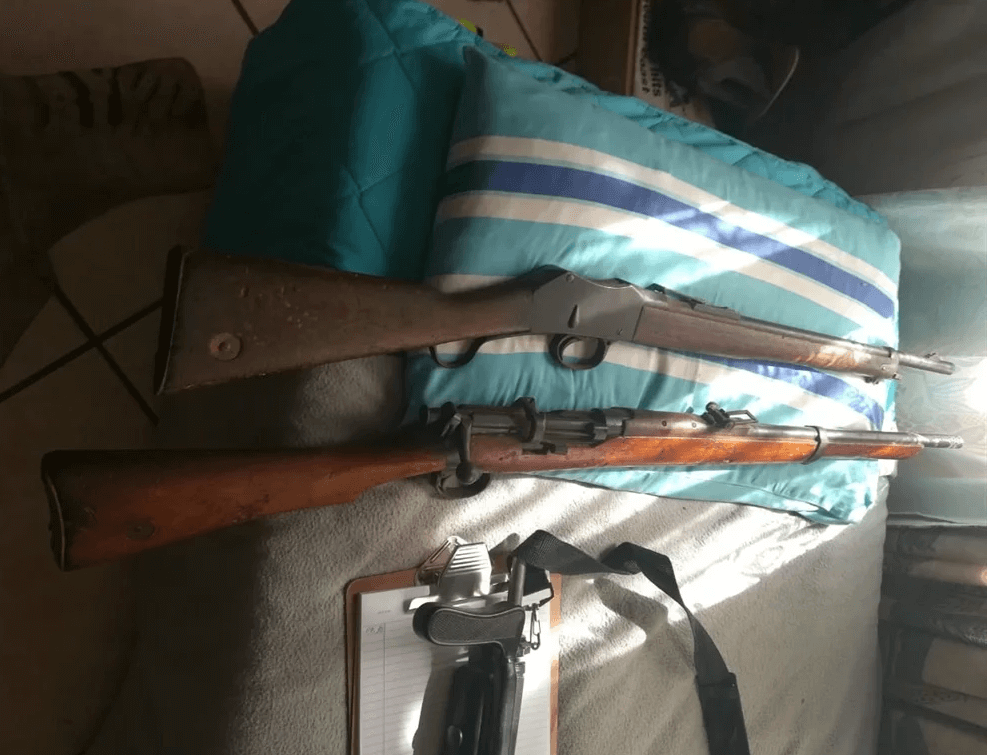 Original photo as published by News24

Zwane said two rifles believed to have been used in the poaching were seized during their arrests.

The men, aged between 29 and 52, appeared in the Ngwelezane Magistrate’s Court on Friday.

They will remain in custody until their bail application next Friday.