By NewsroomDecember 3, 2019Anti-poaching
No Comments

More than 50 rhino poachers have been arrested in the Kaziranga National Park (KNP) this year so far.

Kaziranga National Park, which is a World Heritage Site, hosts two-thirds of the world’s one-horned rhinos.

According to a TOI report, out of the 50 poachers arrested in the national park, 42 have been nabbed from the Biswanath Wildlife Division alone. 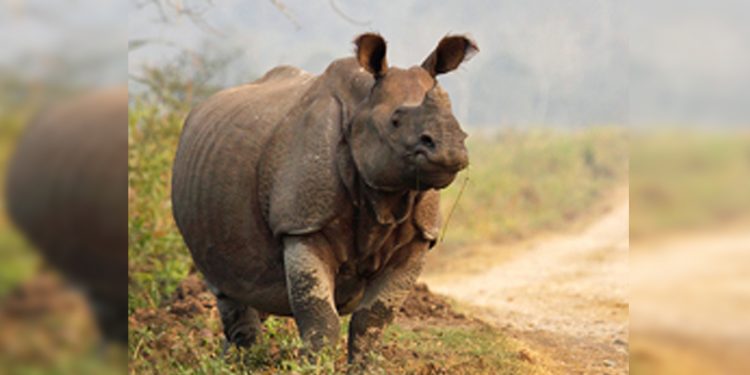 Acting on a tip-off, an operation was launched by a joint team of police and forest personnel led by Biswnath Chariali’s deputy superintendent of police Muzzaffar Ali and ranger Pranjal Baruah of the Crime Investigation Range of Biswanath Wildlife Division.

The poachers were identified as 22-year-old Ayub Ali and 45-year-old Imran Ali.

The two poachers were caught while they had been seen walking along the Balidubi Chapori of KNP’s sixth addition with the sole intention of killing rhinos.

A 3.3 rifle and a magazine were recovered from the possession of the duo.

Ayub is a resident of Komargaon area in Biswanath Chariali’s while Imran hails from Gingia in Sonitpur district.

According to reports, with the arrest of the two poachers, a total of seven poachers were arrested in the last week.

A report quoted Ritu P Borah, assistant conservator of forest at Kaziranga National Park, as saying, “Poachers try to sneak into the park during dry seasons as visibility is better and the park is more accessible by foot.”

The forest official also informed that the poachers mostly use the Biswanath Forest Division as they can use country boats to cross the river Brahmaputra to enter the national park.

Incidents of rhino poaching increase in the park during the full moon time as during that time the rhinos become more visible.

The report further quoted Borah as saying that the rhinos when wallow in the grass get their skin covered with mud.

“When moonlight beams on its skin, its dazzles and becomes visible to poachers very easily. So we take extra care during full moon nights,” he added.