By NewsroomDecember 31, 2019Anti-poaching, Conservation
No Comments

The torch lights which were donated by a German wildlife enthusiast, Attila Hildmmn, were distributed by the Legal and Advocacy Division (LAD) of Aaranyak in presence of Vivek Shyam, Sub-Divisional Officer (SDO) of Bokakhat Sub-Division of Golaghat district of Assam. 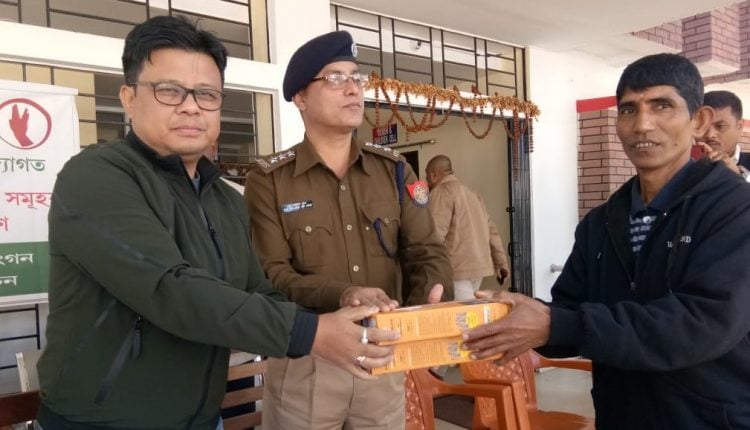 Original photo as published by The Shillong Times: Torch lights being handed over to one of the VDOs near Kaziranga Park on Sunday.

Village Defence Organisations (VDOs) from the villages located on the fringe of Kaziranga National Park (KNP) play a very proactive role in helping the forest and police personnel in checking poaching of animals including the precious one-horned rhinos in the Park.

VDOs’ role is extremely helpful monitoring movements of hunters in and around the national park. They have been instrumental behind declining trend of rhino hunting in the KNP during the last couple of years.

Aaranyak, which has been working in the section of biodiversity conservation for over 30 years, on many occasions in the past facilitated distribution of equipment and field gear to many VDOs as well as forest personnel engaged in various wildlife protection areas in Assam.