By NewsroomMay 28, 2020Conservation
No Comments

BANDA ACEH, INDONESIA: A much-anticipated plan to establish a new rhino-breeding sanctuary in northern Sumatra is one of many that has been put on hold in the wake of the COVID-19 pandemic.

The proposed facility is a top priority for Indonesia’s conservation plan to rescue the world’s last remaining Sumatran rhinos (Dicerorhinus sumatrensis) through a network of captive-breeding facilities. One already exists in southern Sumatra, inside Way Kambas National Park, and authorities planned another for a forest area in the Leuser Ecosystem in Aceh province, in the island’s north, expected to be completed by 2021.

For the past year, officials and experts — from the environment ministry, local government, academia and NGOs — have been working on the permits, feasibility and environmental studies, and developing the designs, including the detailed engineering design (DED).

“If it wasn’t for the pandemic, the DED would’ve been done in March 2020,” said Dedi Yansyah, the wildlife protection coordinator at the Leuser Conservation Forum, one of the NGOs involved in the plan.

Indonesia confirmed its first cases of COVID-19 in early March. Since then, the country has recorded the second-highest number of deaths from the disease in East Asia (behind only China­), even amid widespread measures to curb the spread of the virus, including stay-at-home orders and grounding of flights. 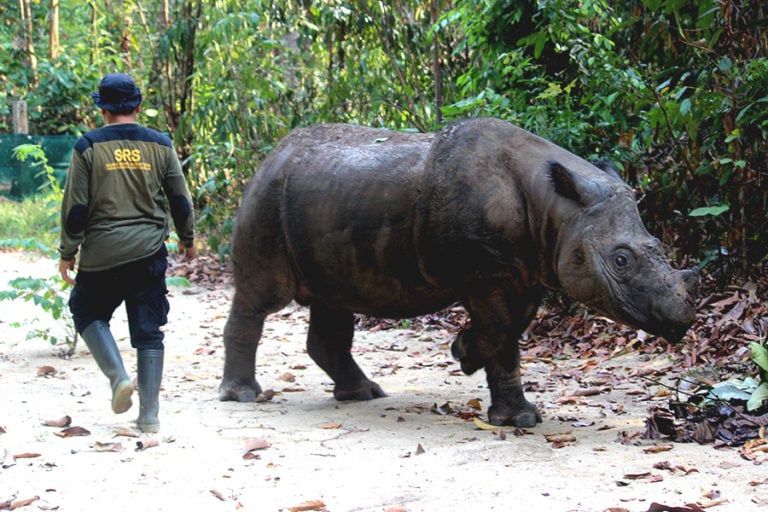 The planned rhino sanctuary in Leuser will cover 100 hectares (250 acres) of an ecosystem that’s also the only place on Earth that’s home to rhinos, tigers, orangutans and elephants. Agus Irianto, the head of the Aceh provincial conservation agency (BKSDA), said the area in question is a mosaic of logging forest, oil palm concession, and non-forest land. He said permits to acquire the logging forest and non-forest area were nearly completed; the agency is also in discussions with the oil palm concession holder to acquire that land.

“Certainly, [COVID-19] has affected the activities and timeline that were previously arranged,” Agus said.

An environment ministry official said an initial batch of at least five rhinos would be captured from the wild in Aceh and moved to the sanctuary to kick off the captive-breeding program there. The Leuser Ecosystem is touted by experts as the most promising habitat for wild rhinos because it’s believed to have the largest population of the species, at about 12 individuals. (Estimates for the Sumatran rhino’s total population range from 30 to 80.) But conservationists still understand little about the mountainous area, and the incidence of poaching there is believed to be higher than elsewhere.

Rhino experts around the world decided only in 2017 that the captive breeding of Sumatran rhinos, from both Sumatra and Borneo, was the only viable option to save the species, which is now found only in Indonesia after the death of Malaysia’s last captive rhino. The species once ranged across Southeast Asia, from the Himalayas in Bhutan and India, to southern China and down the Malay Peninsula. But it has been decimated by a series of factors, from poaching to habitat loss and, more recently, insufficient births. 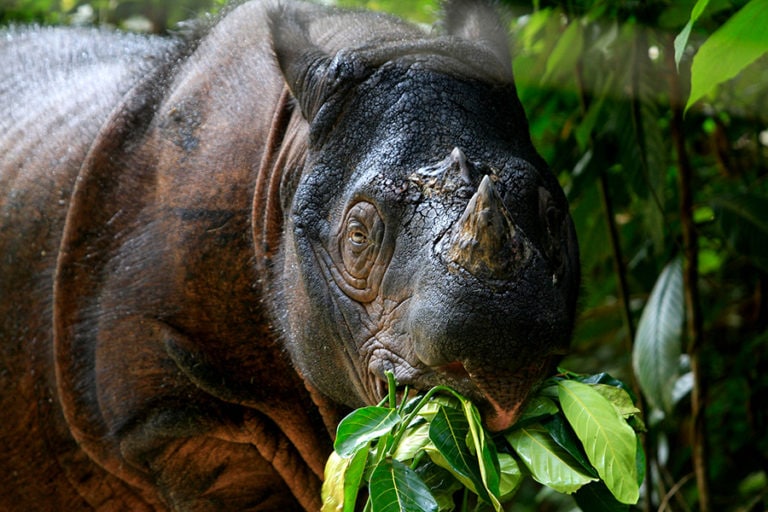 The initiative agreed to in 2017 mirrors a similar effort in the 1980s to capture Sumatran rhinos for breeding. That program, however, collapsed a decade later after more than half of the animals died without any calves being born. But a string of successful captive births in both the United States and Indonesia, and a growing consensus that the species will go extinct without intervention, have laid the groundwork for the latest captive-breeding effort.