A sad day for rhino conservation in Zimbabwe

By NewsroomFebruary 9, 2022Conservation
No Comments 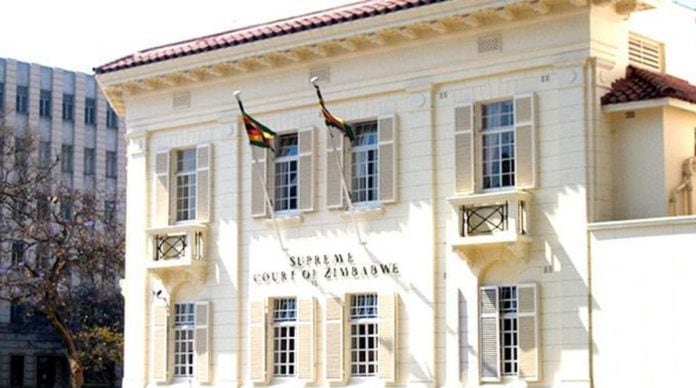 Supreme Court of Zimbabwe. Image: As originally published by NewsDay

The courts never cease to disappoint. Two years ago, the Supreme Court delivered a retrogressive judgment on pangolin conservation. A few days ago, the High Court delivered a bombshell on a rhino-related case. The court acquitted a man who was found in possession of four rhino horns in Harare.

Allegations were that on July 2 2021, Brent Johan Lunt, a South African immigrant and Nyasha Mutendawafa, a Zimbabwean, were arrested by detectives in Harare for possession of four rhino horns worth US$240 000. The duo appeared at Harare Magistrates Court.

The detectives testified that after receiving a tip-off, they stopped the vehicle which was being driven by Mutendawafa. Bent was on the front passenger’s seat. Four rhino horns were recovered from Bent’s satchel. A vet doctor who was called to testify told the court that the horns in question were rhinoceros horns. According to the court records, this witness was not able to specify the rhinoceros species from which the horns originated.

After the close of the State’s case,  the accused persons through their lawyers applied for discharge. In simple terms, they argued that there was no need for them to give a further explanation concerning the charges. Their argument was that the prosecutor failed to prove that the rhino horns in question were protected by the law. They also argued that the witnesses did not manage to establish the technical aspect of possession.

The magistrate ruled that the State had proved a prima facie case and dismissed the duo’s application for discharge. Put differently, the magistrate concluded that the duo had a case to answer.

Aggrieved by the magistrate’s decision, Mutendawafa took the matter up to the High Court. It was then that the High Court ruled that the he was not guilty. The judge concluded that there was “a clear indication of the State’s failure to prove the elements of the offence.”

The honourable judge went on to say the magistrate had “abruptly without any justifiable cause concluded that a prima facie case was established.”

The governing law is the Parks and Wild Life Act, (Chapter 20:14). In terms of this Act, there is a certain group of animals categorised as specially protected animals. Hunting of these animals without a permit is an offence. The possession or selling of the meat or trophy of such animals is also an offence.

The High Court judge acquitted the accused on the basis that the prosecution failed to prove that the rhino horns in question are from either a black or a white rhino. According to the court record, it is not disputed that all the four horns in question are, indeed, rhino horns. To acquit the accused without giving him the platform to give an explanation was in my view, a gross miscarriage of justice. I shall explain why.

The judge also reasoned that the State had failed to prove the technical aspect of possession. The general rule is that a person is said to be in possession of an item if the person knows of its presence and has physical control of it, or has the power and intention to control it. Since the allegations are that the four horns were found in Bent’s satchel, Mutendawafa argued that he was technically not in possession.

The applicable law in this case is section 97(8) of the Act which provides that the burden of proving any fact which would be a defence lies on the person charged. This entails that Mutendawafa had the duty to prove that he was not in physical control of the horns and that he did not have power and intention to control them.

Once again, the prosecution and the court failed to invoke the applicable provisions of the law. Instead, the trial magistrate and the High Court judge went to town about section 97(1) and (7) of the Act, provisions which are in my opinion irrelevant to the present case. Had the court applied the appropriate law, Mutendawafa would not have been acquitted at the close of State case.

I’m reminded of the sentiments by Michael Kid, a South African environmental law expert and author.

He remarked that ”most of the prosecutors and judges received their formal education before promulgation of the major part of our environmental law and almost certainly before environmental law was taught at universities…It would appear that the judges performance is rather chequered in environmental cases, which suggests that the Judiciary needs to become more attuned to environmental law”.

Prosecutors and police officers are not spared. If justice is to be done in wildlife trafficking and related cases, the police, prosecutors, magistrates and judges must be well acquainted with environmental and or wildlife law.

There are five rhino species in the world. Three species (Javan, Greater one horned and the Sumatran) are found from outside Africa. Only two species are found in Africa and these are the Black and White rhino. Zimbabwe is blessed to have both the black and white rhino. The possibility that the four rhino horns recovered in Harare could have originated from an Asian rhino specie is very slim.

The black rhino is critically endangered in terms of the International Union for the conservation of nature red list (IUCN red list) and is in appendix 1 of the CITES Convention. Appendix 1 means an animal should be given the highest level of protection at law.

The white rhino is nearly threatened on the IUCN red list and is in appendix 2. It is nevertheless given special protection. The word “white” is believed to be a misinterpretation of the Afrikaans word “wyd” or wijd in Dutch. Wyd means wide. The white rhino has a wide lip and that is why it is often called the square lipped rhino

The reason why the black and white rhinoceros are both specially protected is obvious. The animals are threatened with extinction both at the national and international levels.

In 1999, there were more than 2 200 black and white rhinos roaming in Zimbabwe. By 2014, the number had plummeted to an estimated 766. The courts must, therefore, be seen giving special protection to these animals when poaching and wildlife cases are brought before them.

Sometimes cases are poorly investigated and dismally presented in court to the extent that it becomes unfair to solely blame an acquitting magistrate or judge. One of our volunteers, who attended the court sessions in the trial court, gave a very disturbing account of what transpired in court. Upon questioning by the lawyers, the detectives from the Police Fauna and Flora department and the Vet doctor who testified as an expert witness told the court that they did not know that there are five rhino species in the World. This is embarrassing to say the least. One is left wondering whether its ignorance or something else!

Be that as it may, the magistrate found that the adduced evidence was sufficient to establish a prima facie case and dismissed the application for discharge. I subscribe to her ultimate finding. It is the acquitting decision of the High Court judge which I find controversial.

The Act is also archaic and its repeal is long overdue. After all has been said and done, it is apparent that police officers, prosecutors, magistrates, judges and all persons involved in the criminal justice system must be trained and capacitated to handle wildlife poaching and trafficking cases.