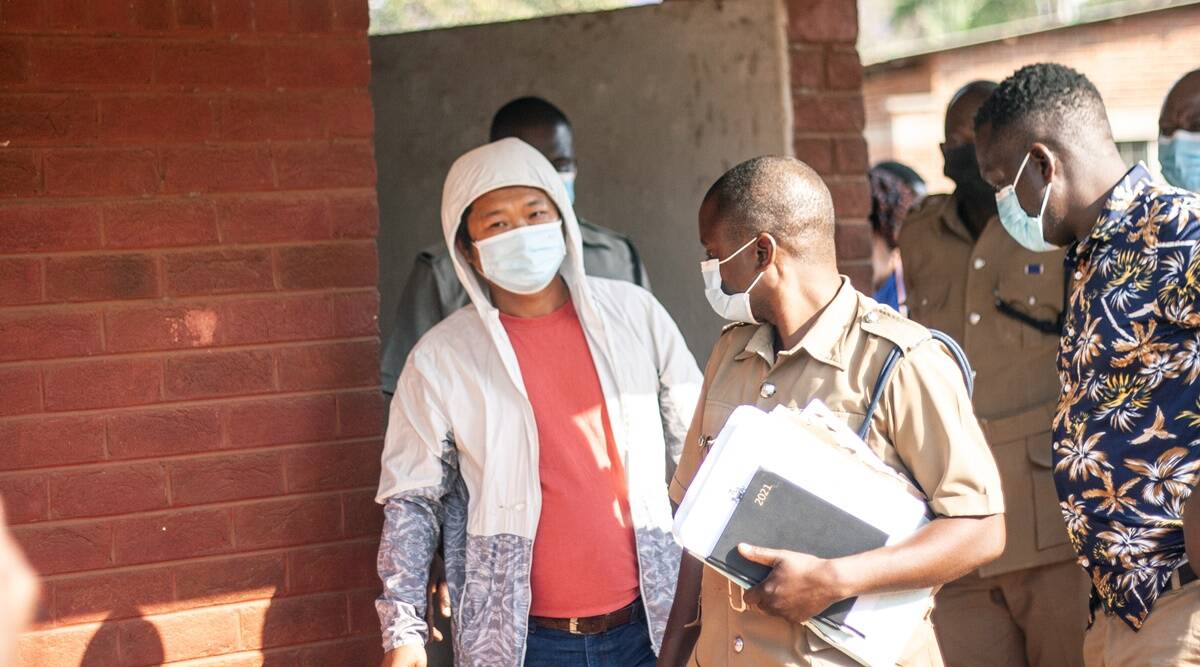 Hundreds of poachers are arrested each year for killing elephants, rhinos, pangolins and other animals in Africa. Yet the problem persists, because there is always a ready supply of desperate men to take the place of those put behind bars. Higher-level criminals, on the other hand — those who really drive the international illegal wildlife trade — almost always evade justice.

But significant efforts on the ground to combat the country’s difficulties with poaching and trafficking have started to pay off, and the example Malawi is now setting may show other African nations how they can do the same.

On Sept. 28, a judge in Lilongwe, the country’s capital, sentenced Yunhua Lin to as much as 14 years in prison for a variety of charges he was previously found guilty of: rhino horn possession and dealing, and money laundering. Investigators say Lin, a 48-year-old Chinese citizen, played a central role in turning Malawi into a wildlife crime hot spot. After he serves his concurrent sentences, he will be deported to China.

Malawi had become a low-risk, high-reward location for wildlife criminals. But in recent years, it has taken such crimes more seriously. In 2017 policymakers amended the country’s wildlife legislation, making it some of the strongest in Africa. Previously, most wildlife criminals — if they were prosecuted at all — were sentenced to a $40 fine. Now, prosecutors have conviction rates of 91% for elephant and rhino crimes, and 90% of convicts serve time in prison, with an average sentence of 4 1/2 years. No international ivory seizures have been linked to Malawi since early 2017.

“Lin is only one of many who have been targeted through this approach, resulting in arrest, prosecution and conviction,” Rice said. “This was definitely not a blip.”

The sentencing of Lin — the highest-ranking wildlife criminal prosecuted to date in Malawi and one of the few individuals of his rank brought to justice in any African country — represents a major victory. Hearing it read in court, Andy Kaonga, one of the lawyers who prosecuted the case, said he experienced “a feeling of elation.”

“For Malawi, this shows that there’s no sacred cow,” Kaonga said. “Money cannot save you, and there’s a limit to what corruption can actually get you.”

The Chinese embassy in Malawi did not respond to questions about the case.

Eighteen other members of Lin’s network — including four close relatives — have also been prosecuted for crimes, including possession of ivory, pangolin scales, rhino horn, illegal firearms and explosives. Additionally, Lin’s daughter and another alleged associate have been charged with money laundering.

Many of Lin’s affiliates were Chinese, but he also worked closely with a number of Malawians. One man, Aaron Dyson, a fluent Mandarin speaker, is now serving 15 years in prison for possessing and dealing in ivory.

“You’re looking at an entire Chinese-led network that is being dismantled,” Douglas-Hamilton said. “It’s a huge win for wildlife.”

Malawi police began investigating Lin’s network in early 2015. In December 2017, they caught his wife and son-in-law buying ivory from a Zambian national and arrested them. Lin, however, continued to evade detection, and the case against his family members went cold.

A major break came in May 2019, when police pulled over Lin’s driver and found three live pangolins in the trunk of his car. As they questioned the driver, “Mr. Lin was calling incessantly, leaving voice notes asking, ‘Where are you?’ ” Kaonga said. “He wanted to eat the pangolin meat, and that’s what put him in trouble.”

This gave the police grounds to conduct simultaneous raids on several of Lin’s commercial and residential properties in Lilongwe. Sniffer dogs led them to ivory, pangolin scales, pieces of rhino horn and illegal firearms. They made a number of arrests, including the rearrest of Lin’s wife and son-in-law. But Lin was nowhere to be found.

Several months later, intelligence led police to an enclosed estate in the city, where they found Lin. “He was trying to jump over the fence, running from the police,” Kaonga said.

With Lin finally arrested, Kaonga and his colleagues began building a case. They sent the rhino horns from Lin’s home to a laboratory at the University of Pretoria in South Africa for genetic analysis. The tests revealed that the horns came from five different animals, one of which had been poached in Malawi’s Liwonde National Park in 2017. Adding to the genetic evidence, the poacher who killed the Liwonde rhino testified that he had sold the animal’s horn to Lin.

At one point during the trial, Lin became so enraged that he charged at Kaonga and had to be restrained. “He was shouting, ‘What do you want from me? You got my whole family!’ ” Kaonga said.

In terms of prosecutions for wildlife criminals, Lin’s conviction represents “perhaps the most significant case that there’s been in Africa,” said Rodger Schlickeisen, executive director of the Wildcat Foundation, a nonprofit group based in Texas that focuses on conservation in Africa.

“There’s been an unfortunate history of African countries not enforcing the law against big, international wildlife traffickers who are citizens of other countries,” Schlickeisen said. “It’s an important step forward for Malawi to prosecute, convict and sentence Lin.”

The severity of the prosecutions of Lin and his colleagues sends a strong message to other criminals that Malawi now takes wildlife trafficking very seriously, Rice said. This makes it unlikely, she added, that another syndicate will step up to fill the void left by the removal of Lin’s cartel.

The hope, now, is that other countries will see from Malawi’s example that it is possible to dismantle criminal networks, said Brighton Kumchedwa, director of Malawi’s Department of Parks and Wildlife. “We wish to encourage others in Africa and beyond to take the same stance.

“Malawi is no longer a playground for kingpins, but we don’t want to just create a shift,” Kumchedwa continued, with criminals simply moving their operations to other African countries. “We want to deal decisively with wildlife crime.”