‘Acts of poaching and other crimes’: Cameroon plans a new road in Lobéké National Park 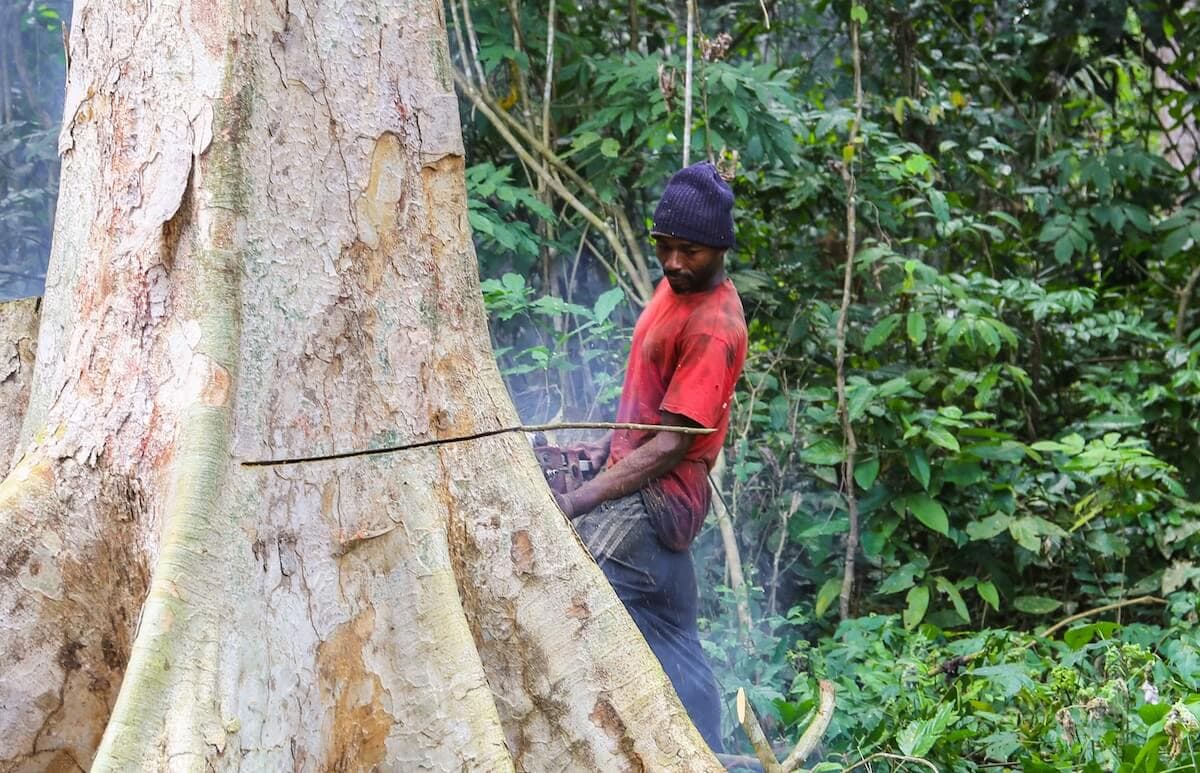 On October 6, Cameroon’s minister of forestry and wildlife, Jules Doret Ndongo, will appear at a one-day conference focused on protecting the richly biodiverse forests of Central Africa. Yet his government’s policy and practice frequently threaten wildlife and the forests and livelihoods of local people in Cameroon and its regional neighbors, say conservationists.

According to Global Forest Watch, Cameroon lost 3.7% of its primary forest cover between 2002 and 2020 — in the Central Africa region, only Angola (5.3%) and the Democratic Republic of Congo (5.1%) lost more. Data for 2020 shows primary forest losses of 100,000 ha (247,000 acres), nearly double the previous year’s loss. Analyzing the most recent data, the World Resources Institute’s Mikaela Weisse and Elizabeth Goldman attribute much of this deforestation to activities of small-scale farmers in the south of the country.

But large-scale forest conversion may be poised to rise in the country. In recent years, Cameroon’s government has granted concessions for logging, and oil palm and rubber plantations in its southern regions. In 2020, it approved logging in one of the country’s largest remaining intact rainforests, the Ebo forest in the southwestern Littoral region, only to suspend the concessions after a public outcry.

Little or no information has been made public about the plan to build a road into Lobéké National Park, in the southeastern part of Cameroon. Lobéké is part of a cross-border protected area that also includes the Dzanga-Sangha Special Reserve in the Central African Republic and the Nouabalé-Ndoki National Park in the Republic of Congo. Together, they form the Sangha Tri-National, which was added to UNESCO’s World Heritage list as a site of “outstanding universal value” in 2012.

In a June letter to UNESCO, Minister Ndongo said the border area is “subject to recurrent incursions by armed individuals from neighboring countries committing acts of poaching and other crimes”, and a road along the Sangha River will allow the government to secure the area.

But critics worry about the impacts the project will have on Indigenous communities and wildlife.

“I learnt that the reason the government is giving [for building a road] is security and whatsoever,” said Samuel Nnah Ndobe, an environmental activist who works in defense of forests and Indigenous peoples. “But it’s all about resource extraction; the area is rich in minerals. And it’s going to be an environmental catastrophe if they have to go ahead with the construction of this road.”

The rich wildlife has made Lobéké a target for well-armed poachers. Building a road through the park is expected to facilitate access for illegal wildlife traffickers.

Research has shown that roads are detrimental to forests and the biodiversity and ecosystems they support. A 2017 study correlated the slaughter of around 25,000 forest elephants in Gabon’s Minkébé National Park between 2004 and 2014 to the easy access provided by a national road just across the border in Cameroon.

Ecologist John Poulsen, lead author of the Minkébé study, told Mongabay that controlling access to protected areas via roads built in or near them is challenging.

“It would take significant funding and will to keep the road and park protected, including constantly manned road blocks to allow only permitted vehicles and constant ecoguard patrols to keep people from circumnavigating roadblocks to take the road into the park,” said Poulsen.

It’s not clear how far Cameroon’s plans for the road have progressed. A spokesperson for the environment ministry, Priscilla Song, referred inquiries to the forest and wildlife ministry. Calls to that ministry went unanswered.

UNESCO’s response to the letter has not been made public and the heritage committee had not responded to questions from Mongabay as of publication.

Ndobe told Mongabay he feared a road in Lobéké would be the first step in a familiar and troubling pattern: authorities first grant concessions for logging in or near intact forests, then when the forests become degraded, they can be reclassified as plantations for commodity crops like oil palm and rubber. He said the aim is often not to serve public interest but to chase for resources.

“It will be a very bad idea for the government to go ahead with that project. It doesn’t make sense,” Ndobe said.