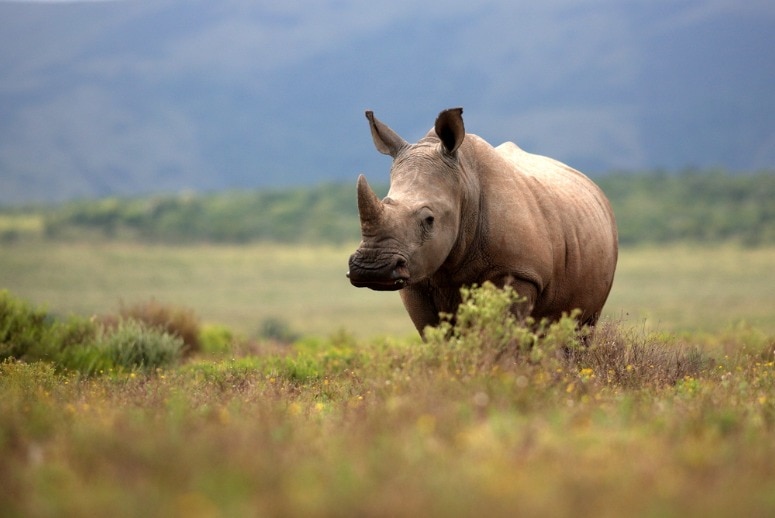 I don’t know about you, but I am becoming spiritually and intellectually numbed by world leaders regurgitating climate cliches as, yet again, they express commitment towards curbing and mitigating the worst consequences of global warming. Their words should be uplifting in the count down to the annual global meeting of the International Panel on Climate Change. But they aren’t. I hope I’m wrong, but I have a sinking feeling that, after all the awful evidence is presented, we’ll end up with some watered down but grand-sounding “Glasgow Consensus,” after which we’ll return to the closest business-as-usual scenario that politicians and industry can get away with.

But, and it’s a big but, I have been immensely cheered by one bit of news. After nearly two years of Covid-19 imposed isolation, airlines are starting to fly back into Africa. The really big boost happened last week when Britain’s punitive restrictions on two-way travel were finally lifted. Hopefully, among the arrivals will be hordes of khaki-clad safari enthusiasts eager for their next (or first) wildlife experience. Those tourism dollars, pounds, and euros go a long way in Africa and will be absorbed like wine splashed on a tablecloth by a travel industry that has been brought to its knees by the pandemic.

So, to celebrate Africa’s return, I have put together a selection of quotations (and photographs) of what the bountiful natural assets of this magnificent continent mean to some well-known people—writers, actors, philosophers, naturalists, and others who know and love the wild places of Africa. I hope they will convince you to get online and book those tickets. Now. 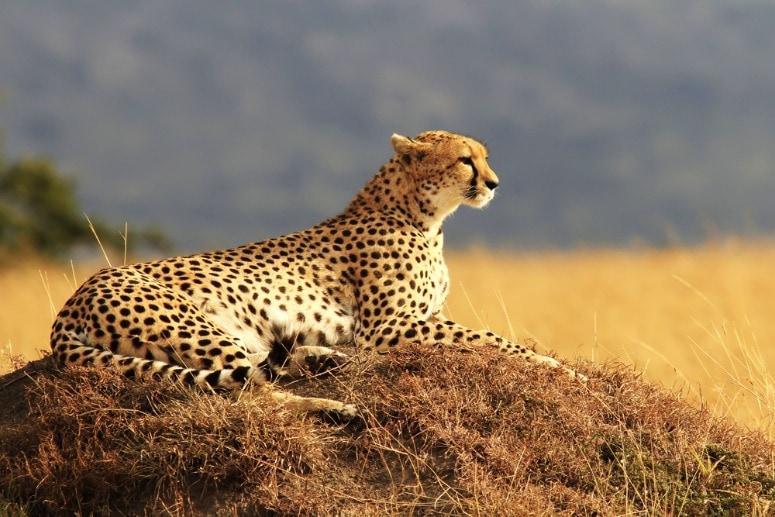 If there were one more thing I could do, it would be to go on safari once again.
KAREN BLIXEN, AUTHOR OF “OUT OF AFRICA.” 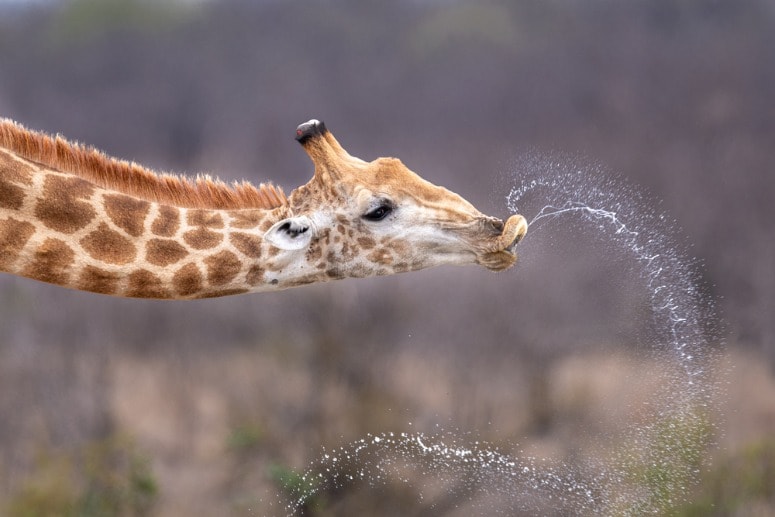 Africa – You can see a sunset and believe you have witnessed the Hand of God. You watch the slope lope of a lioness and forget to breathe. You marvel at the tripod of a giraffe bent to water. In Africa, there are iridescent blues on the wings of birds that you do not see anywhere else in nature. In Africa, in the midday heart, you can see blisters in the atmosphere. When you are in Africa, you feel primordial, rocked in the cradle of the world.
JODI PICOULT, NOVELIST 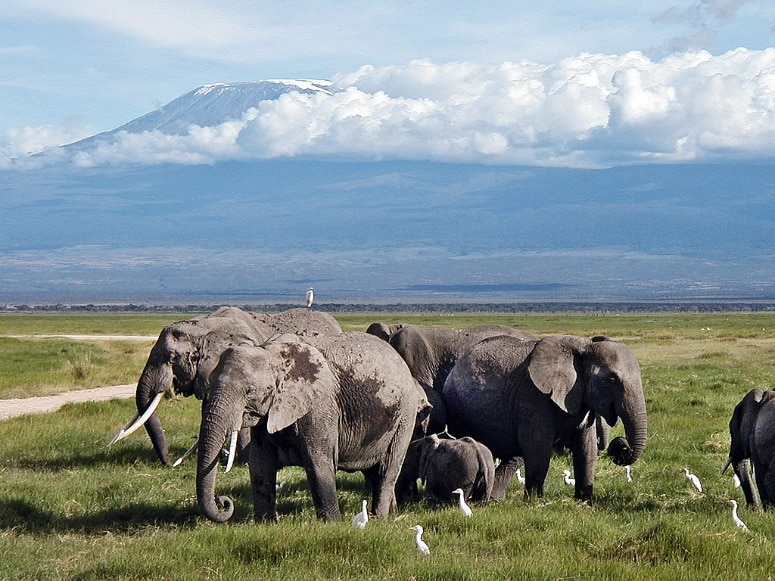 Africa changes you forever, like nowhere on earth. Once you have been there, you will never be the same. But how do you begin to describe its magic to someone who has never felt it? How can you explain the fascination of this vast, dusty continent, whose oldest roads are elephant paths? Could it be because Africa is the place of all our beginnings, the cradle of mankind, where our species first stood upright on the savannahs of long ago?”
BRIAN JACKMAN, TRAVEL WRITER 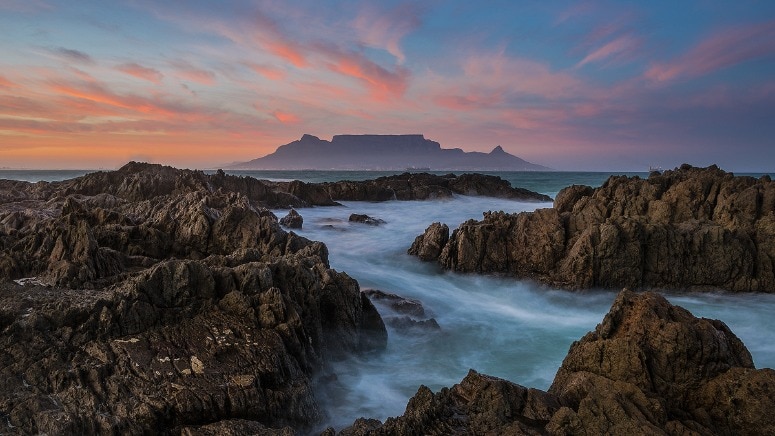 South Africa is the most beautiful place on Earth. Admittedly I am biased but when you consider the natural beauty… and the fact that the region is a haven for Africa’s most splendid wildlife… Then I think that we have been blessed with a truly wonderful land.
NELSON MANDELA, STATESMAN & NOBEL LAUREATE 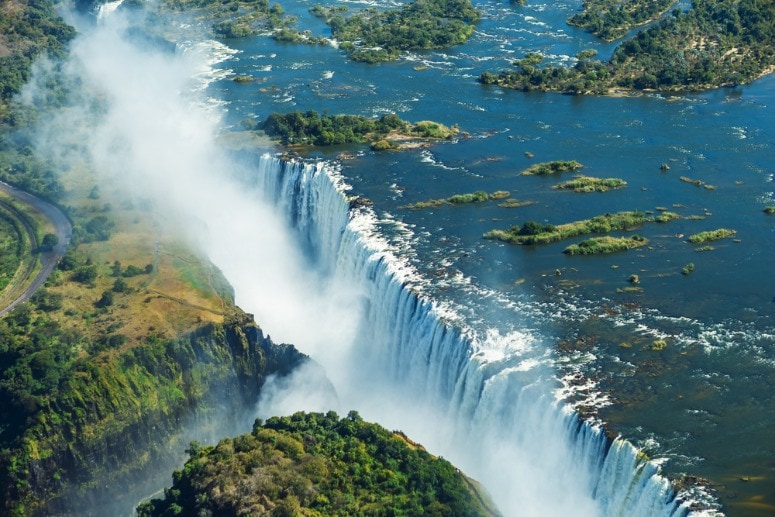 It’s really beautiful. It feels like God visits everywhere else but lives in Africa.
WILL SMITH, AMERICAN ACTOR & PRODUCER 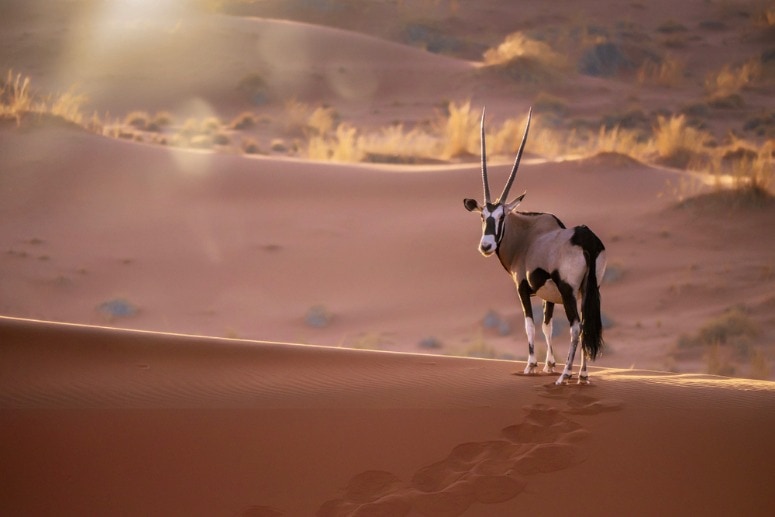 But African time was not the same as American time… As African time passed, I surmised that the pace of Western countries was insane, that the speed of modern technology accomplished nothing, and that because Africa was going its own way at its own pace for its own reasons, it was a refuge and a resting place.
PAUL THEROUX, NOVELIST & TRAVEL WRITER 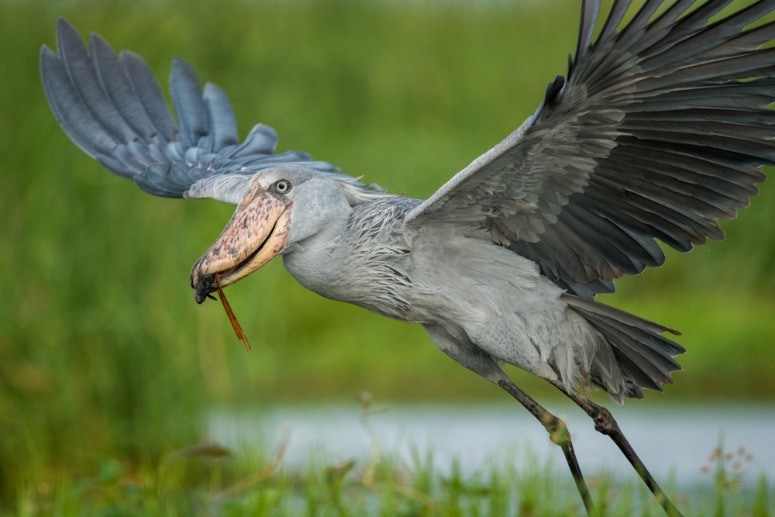 For magnificence, for variety of form and colour, for profusion of brilliant life – bird, insect, reptile, beast – for vast scale – Uganda is truly the “Pearl of Africa.”
WINSTON CHURCHILL, BRITISH STATESMAN 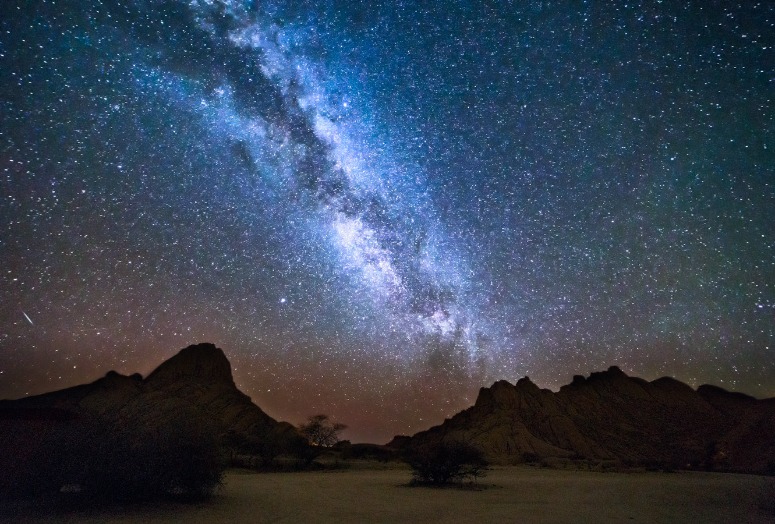 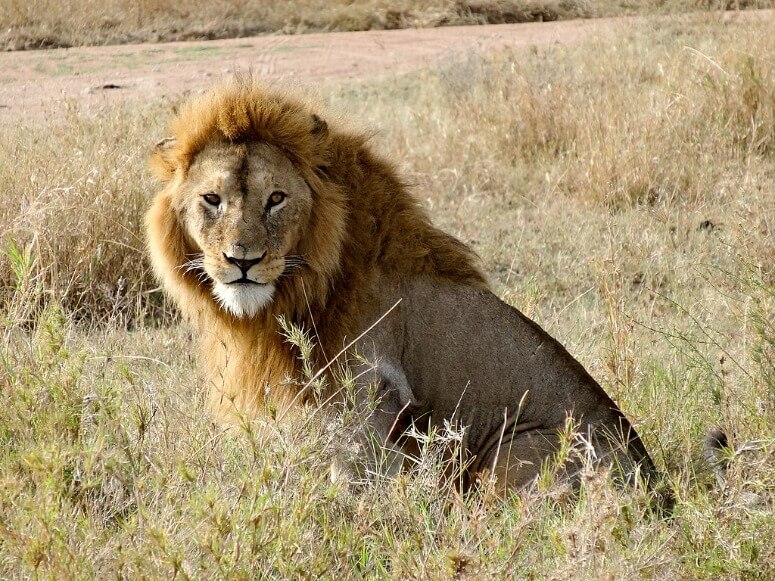 No one can return from the Serengeti unchanged, for tawny lions will forever prowl our memory and great herds throng our imagination.
GEORGE SCHALLER, BIOLOGIST, CONSERVATIONIST & AUTHOR 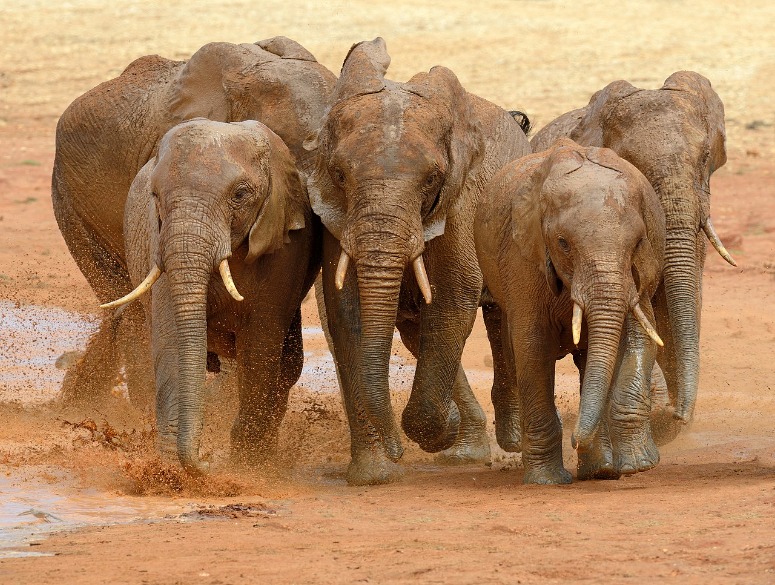 To walk in the wake of elephants,
To be small in a world of giants
To learn the spoor of silence,
And the deep rumbling eloquence of kin
IAN MCCALLUM, POET & PHILOSOPHER 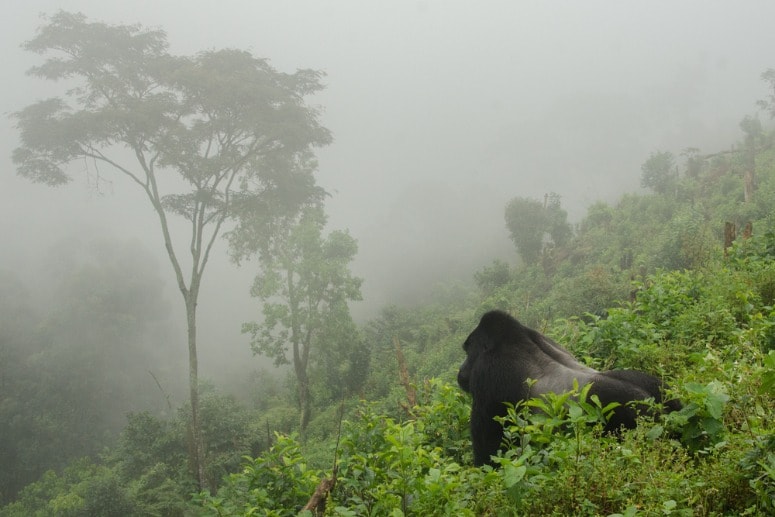 There was no way that I could explain to dogs, friends, or parents my compelling need to return to Africa to launch a long-term study of the gorillas. Some may call it destiny and others may call it dismaying. I call the sudden turn of events in my life fortuitous.
DIAN FOSSEY, AMERICAN PRIMATOLOGIST & CONSERVATIONIST 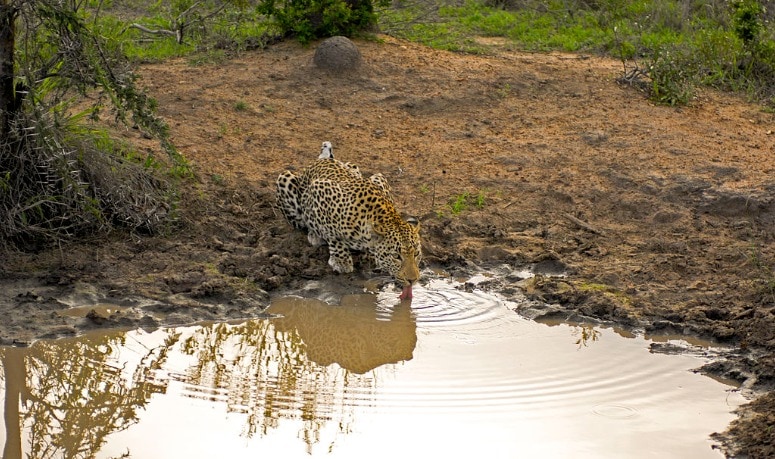 You either get the point of Africa or you don’t. What draws me back year after year is that it’s like seeing the world with the lid off.
A.A. GILL, BRITISH TRAVEL WRITER & AUTHOR 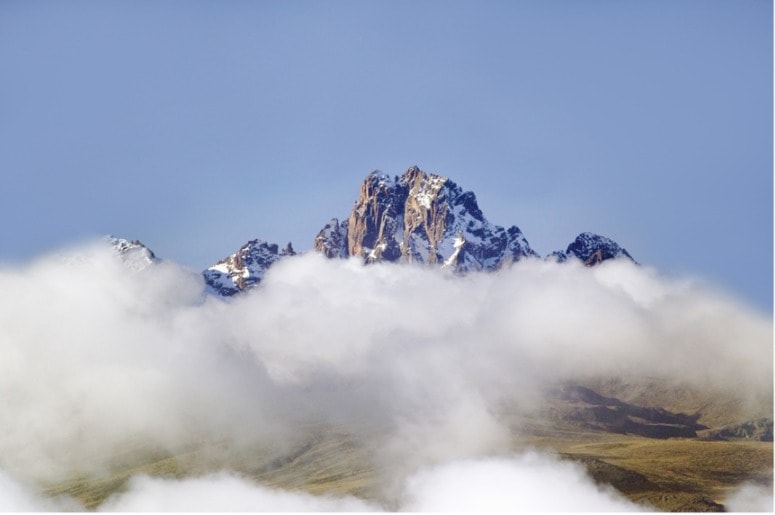 For Africa to me… is more than a glamorous fact. It is a historical truth. No man can know where he is going unless he knows exactly where he has been and exactly how he arrived at his present place.
MAYA ANGELOU, AMERICAN POET & CIVIL RIGHTS ACTIVIST