By NewsroomSeptember 3, 2019Law & legislation
No Comments

Southern African nations are threatening to quit the global wildlife trade regulator after it refused to relax restrictions on trade in ivory and rhino horn and imposed a near total ban on zoos taking African elephants captured in the wild.

Ties soured during this week’s meeting of the Convention on International Trade in Endangered Species (CITES) in Geneva after numerous proposals from the Southern African Development Community (SADC) regional bloc were rejected.

Botswana, Namibia and Zimbabwe – home to the world’s largest elephant population – asked for the right to sell ivory acquired through natural deaths, confiscations and culling.

The demand was rejected by a majority of 101 votes. The CITES treaty, created more than four decades ago, regulates trade in some 36,000 species of plants and animals and provides mechanisms to help crack down on illegal trade and sanction countries that break the rules. But members of the 16-nation SADC bloc accuse it of turning a blind eye to Africa’s problems. 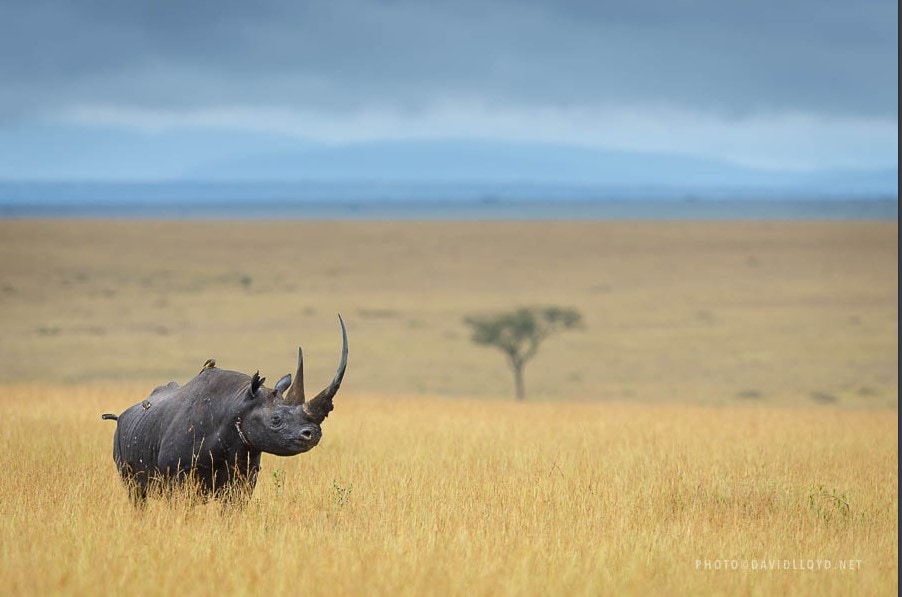 Photo by David Lloyd from the Shannon Elizabeth Foundation archive.

“Time has come to seriously reconsider whether there are any meaningful benefits from our membership to CITES.” The ministers accused the regulatory body of bowing to animal rights groups and unreasonably prohibiting the trade of African wildlife and products rather than regulating it fairly. “A great disappointment, shocking outcomes,” said Botswana’s Environment Minister Onkokame Kitso Mokaila. “I think CITES has long passed its sell-by date,” he said, adding SADC needs “something else … that speaks to the issues of today.”

No member has permanently quit the Convention since it was adopted in 1963.

The United Arab Emirates withdrew in 1988 but rejoined in 1990. The largely aid-dependent SADC region hosts the lion’s share of Africa’s wildlife. Zimbabwean President Emmerson Mnangagwa blasted the decision not to relax ivory laws saying the money – estimated to have a combined value of US$600 million (€540.7 million) – could fund conservation projects. “They bar us from killing our animals for selling ivory, but they want us to protect them from being poached,” he protested. Namibian Environment Minister Pohamba Shifeta said CITES was “increasingly becoming a forum dominated by non-state players with the agenda to divide and rule African states.” “We are reconsidering our stay in CITES,” Shifeta said, suggesting regional and national talks could take place this year. CITES’ refusal to overturn the international ban on ivory trade was, however, welcomed by conservationists.

Poaching has decimated the world elephant population, which slumped in Africa from several million at the turn of the 19th century to around 400,000 in 2015.

Jones said devastated and vulnerable elephant populations would face “increased risk from poachers and traffickers who would not hesitate to use legal markets to launder illegal ivory into trade”. He urged SADC countries to continue their membership and work with the international community to find solutions for species threatened by trade and trafficking. Competition for resources is fierce, as growing human and wildlife populations increasingly encroach on each other’s space.

Zimbabwean Parks spokesman Tinashe Farawo said 15 people had died in animal attacks during the first eight months of this year.

More than 200 people were killed in the past five years, he said. Crops have also been destroyed. “Our people must benefit, this is a resource we think we can monetise,” Farawo said. “That’s why we have been saying we believe that the elephants must pay for their upkeep.” Botswana’s environment minister Mokaila said detractors need to consider that rural communities were being affected by increasing wildlife numbers, climate change, water shortages and loss of land fertility. “It’s not just about talking about elephants or rhino, it’s about talking about economies in Southern Africa,” he said. “We cannot be emotional about it. We cannot bury our heads in the sand and think that the problem will solve itself by saying stop trade.”