By NewsroomAugust 16, 2021Anti-poaching
No Comments 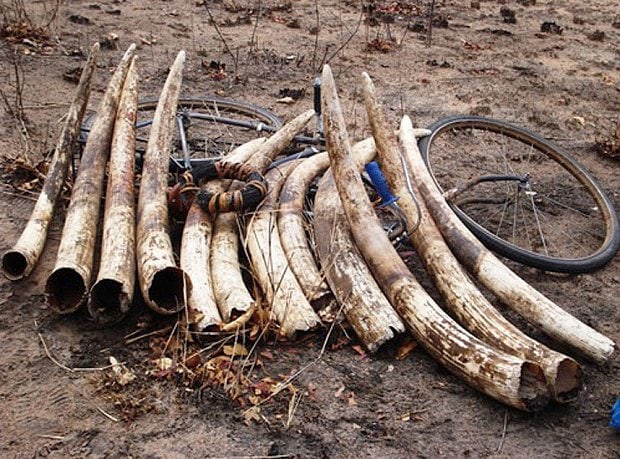 African game rangers are dealing with the effects of Covid-19 in their anti-poaching response to protecting wildlife. Image: As originally published by eTurboNews

The Conservation and Wildlife Fund at Hwange National Park, Zimbabwe, said it has seen an 8,000% increase of traps and snares between May and July 2020.

“There has been an alarming spike in the rate of ivory-related arrests made by our team over the last year. The poachers will not rest despite the pandemic, so it is up to us to maintain operations and the moral high ground by protecting and caring for our teams,” said Nyaradzo Hoto, a sergeant at the International Anti-Poaching Foundation in Zimbabwe.

“We stand strong in our commitment to patrol the vast wilderness areas we are entrusted with and protect those that can’t fend for themselves against poachers,” Hoto added.

The International Journal of Protected Areas and Conservation found that 78.5% of surveyed African countries reported that COVID-19 had impacted their ability to monitor the illegal wildlife trade, and 53 percent reported a high level of impact from COVID-19 on the ability to mitigate human-wildlife conflict.

Edwin Kinyanjui, senior wildlife community officer at Mount Kenya Trust in Kenya, said rangers needed to be more vigilant in the past year.

“Illegal activity due to widespread loss of income is on the rise and while combating this activity, rangers are at risk of contracting COVID-19,” said Kinyanjui.

“Poaching methods are also increasingly becoming sophisticated, and the justice system is overstretched. We keep going because we understand that what we are fighting for is bigger than us,” Kinyanjui said.

Essential funding for wildlife tourism has also been in crisis due to the pandemic. A spokesperson from the Frankfurt Zoological Society said the impact of COVID-19 is being felt in Nsumbu National Park in Zambia.

“This reduced tourism has impacted jobs and related livelihoods and provided a challenge in linking the value of nature with the value to human life,” the society said.

In a bid to tackle the problem, more than 150 ranger teams are taking part in the 2021 Wildlife Ranger Challenge, a series of mental and physical challenges culminating on September 18 in a 21-kilometer race across the varied and challenging terrain of Africa’s protected areas.

Funds raised will cover the operating costs for at least 5,000 rangers, enabling them to provide for their families and protect communities and wildlife in some of Africa’s most vulnerable areas.

“Rangers are the lifeblood of our conservation efforts and are simply too precious to lose,” said Judi Wakhungu, Kenya’s ambassador to France, Portugal, Serbia, Monaco, and the Holy See.

Anti-poaching campaigns in Africa are going on under serious shortages of funds caused by low turnout of tourists during the pandemic.

In Tanzania, one among African countries rich in wildlife, it was reported that a total of 33,386 poachers have been arrested in the past 5 years thanks to the intensified anti-poaching campaign initiated by the National Anti-Poaching Task Force (NTAP).