By NewsroomSeptember 27, 2021Conservation personalities
No Comments 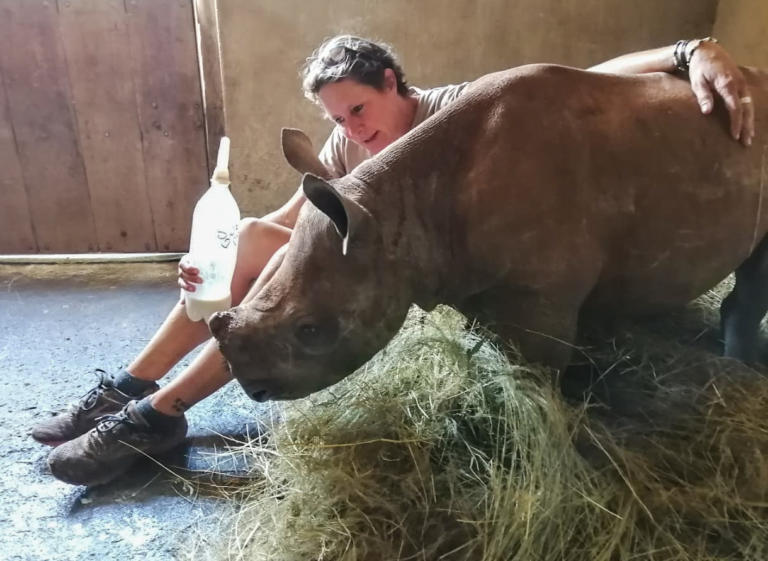 Albuquerque veterinarian Diana DeBlanc feeds and comforts Swazi, a 4-month-old black rhinocerous, in 2019 at the Care for Wild Rhino Sanctuary in South Africa. Image: As originally published by Albuquerque Journal.