Chinese authorities have shut down domestic wild animal traders on fears their goods sparked the coronavirus pandemic. Now officials are offering tax incentives to the multibillion-dollar animal-products industry to ship some of the creatures overseas, according to Chinese government documents.

China’s National People’s Congress on Feb. 24 imposed a ban on the sale and consumption of wild animals in the country. “The prominent problem of recklessly eating wild animals and its potential risk to public health have aroused wide public concern,” a spokesman said at the time, according to state media.

Less than a month later, China’s Ministry of Finance and tax authority said on March 17 they would raise value-added tax rebates on nearly 1,500 Chinese products, including offering a 9% rebate on the export of animal products such as edible snakes and turtles, primate meat, beaver and civet musk, and rhino horns, a Chinese government document shows. 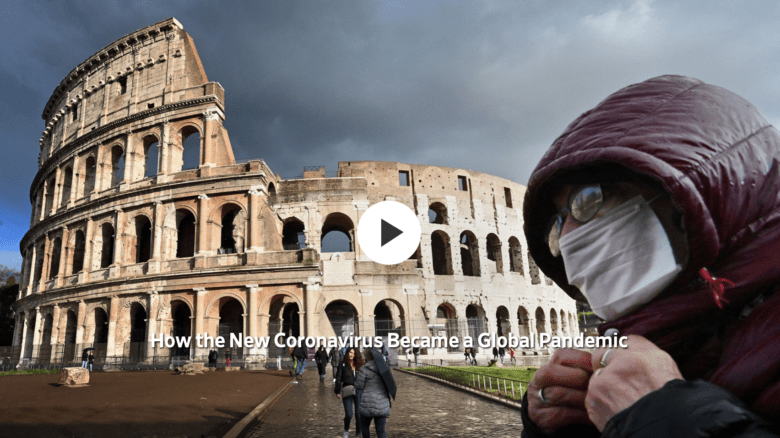 Original video postwed by The Wall Street Journal: On Dec. 1, 2019, a patient in Wuhan, China, started showing symptoms of what doctors determined was a new coronavirus. Since then, the virus has spread across the world. Here’s how the virus grew to a global pandemic. Photo: Alberto Pizzoli/Agence France-Presse/Getty Images

China’s economy is struggling amid a sharp global downturn and a prolonged trade war with the U.S. The Chinese government’s new tax incentives are tied to a broad array of exports, designed to support Chinese industries from steel and construction to agricultural products, according to a report by the Congressional Research Service, which produces nonpartisan analysis for members of Congress.

But the move to encourage wild animal sales abroad, while banned at home, “could spread the risk to global markets,” the report said.

China is also a major exporter of medicines and medical equipment, but the new tax incentives made no mention of goods in short supply during the global pandemic, including personal protective equipment for medical workers and first responders.  “Absent in China’s policy push are incentives to encourage the sale of pharmaceuticals, PPE, and other medical products overseas,” the report said.

China’s Finance Ministry didn’t respond to a request for comment. Neither did the Chinese Embassy in Washington, D.C. Many countries, including China and the U.S., have put export restrictions on medical-equipment exports due to global shortages.

China’s exports of wild animals and animal parts are minuscule compared with the vast volumes of goods China ships abroad. China’s live reptile exports—which are almost entirely edible reptiles—go primarily to Vietnam, with more than $1 million worth of sales in total during January and February of this year, according to China customs statistics tabulated by Trade Data Monitor.

South Korea, Japan, Hong Kong and Indonesia were the next-largest importers of China’s reptiles, though at much smaller volumes, with South Korea importing more than $122,000 in reptiles and the other countries less than $100,000 during the first two months of 2020, the data shows.

And yet, even small amounts of exports could pose a risk, should wild animals prove to be the source of pandemics, as some Chinese reports suggest. The U.S. was the biggest importer of China’s animal products used in pharmaceuticals, such as civet and beaver, buying around $865,000 over January and February 2020, according to the data.

Taiwan was the second-largest importer of the products, buying around $126,000 worth over the same period; South Korea and Hong Kong followed, each buying around $70,000 worth, the data shows.

Data on rhino horn trade, which varies in legality around the world, is sparse. Vietnam, and China itself, are believed to be the world’s biggest consumer markets for rhino horn, according to a 2013 report by the Convention on International Trade in Endangered Species, an international treaty administered through the United Nations, and a 2017 report by WildAid, an environmental organization based in San Francisco.

The exotic animal trade fuels the multibillion-dollar traditional Chinese medicine industry, in which products made from rhino horns and tiger bones are used to treat ailments. Many scientific studies have found no medicinal properties in either.

There is also a long tradition in China of eating wildlife, especially in the southern regions of Guangdong and Guangxi, a practice that has long been the target of criticism by animal-rights activists.

More than 1.7 million people world-wide have so far been infected by the virus, which causes a disease called Covid-19, according to data compiled by Johns Hopkins University. As of Saturday, countries have reported more than 107,000 deaths from the virus, which first emerged in Wuhan, China.

Although health authorities have yet to identify the precise cause of the outbreak, a study by the Wuhan Institute of Virology, based on patient samples, found a 96% genetic match with a bat coronavirus. Another Chinese study suggested snakes sold in a Wuhan market were the source.

Medical researchers have said the 2002 outbreak of severe acute respiratory syndrome, or SARS, originated in bats and spread to humans via palm civets—cat-sized mammals that look like weasels—sold in China’s open-air food markets.

China banned all wildlife trade in 2003, when Hong Kong researchers first identified civets as a potential source of SARS, which killed around 800 people. But it lifted the ban later that year on 54 species—including civets—that it said could be bred in licensed farms, subject to sanitation checks.

For years, the U.S. and other World Trade Organization members have also raised concerns about China’s VAT rebate policies, saying such practices “have caused tremendous disruption, uncertainty and unfairness in the global markets,” especially in areas where China is a leading exporter, such as steel and aluminum, according to a report issued to Congress by the United States Trade Representative last month.

—Josh Zumbrun contributed to this article.