By NewsroomApril 16, 2020Anti-poaching, Conservation
No Comments

The COVID-19 lockdown has activated poachers who had been forced into lying low for more than a year. At least six thwarted attempts have been made within a week in and around Assam’s national parks.

Wildlife officials have not ruled out the possibility of the poachers trying to strike while the demand for animal body parts, specifically the rhino horn, remains low due to the impact of the pandemic on the grey market and make a killing later when it rebounds.

And the lockdown has inadvertently made it easier for the poachers by thinning the ranks of the network of local people who had hitherto been a critical part of the anti-poaching campaign by tipping off forest officials on any suspicious movements near the parks. 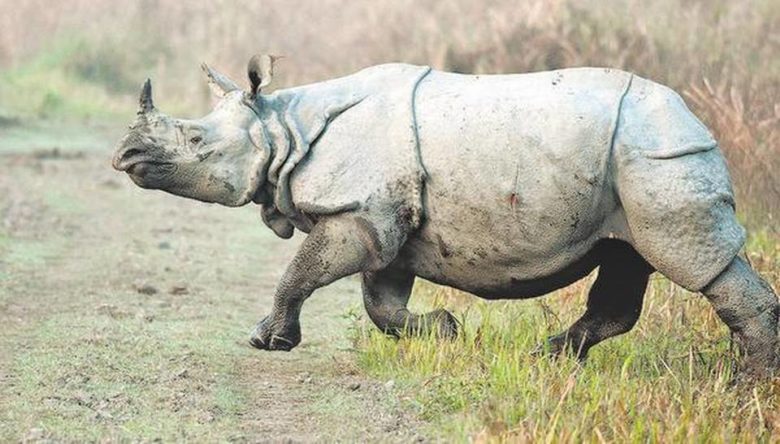 Original image as posted by The Hindu: Waiting game: Officials say poachers are trying to strike while the demand for rhino horn remains low and make a killing later.

On April 11, a member of the Special Rhino Protect Force received bullet injuries during an encounter with a group of poachers in the Biswanath division of the Kaziranga National Park (KNP). The police in Biswanath district arrested six people for attempted poaching and assault two days later.

The police in Sonitpur district arrested five people on April 13 involved in attempted poaching at the Nameri National Park. Cases were registered under relevant sections of the Wildlife Protection Act of 1972 and the Arms Act.

“Lockdown appears to have given rhino poachers free time to regroup and plan strikes in Kaziranga after more than a year,” KNP Director P. Sivakumar told The Hindu. “The poachers know there will be demand for rhino horns in China and other consumer countries in Asia after the pandemic-induced slump is over,” he said.

Mr. Sivakumar added that forest guards had been alerted to the possibility of more “unavoidable pressure” from the poachers.

Officials said eight people had so far been arrested in five cases of attempted poaching.

While two people with a track record were arrested in Golaghat district for trying to kill a rhino that had strayed out of the KNP, the six arrested after the encounter in Biswanath district were first-timers.

Police officials said the detained poachers had confessed to having planned to “stock up on animal body parts” during the ongoing “lean period” to strike it big when the demand from smugglers increases.

Meanwhile, wildlife activists are worried by reports that rhino horns and bushmeat were being offered through social media sites in China as cure for people infected by the novel coronavirus.

“Extra effort should go into foiling the bids by illegal wildlife traders who may cash in on the coronavirus fears and sell rhino horns as a cure,” urged conservationist Bibhab Talukdar.

The International Rhino Foundation has insisted that China, Vietnam and other countries must do more than merely banning wildlife trade temporarily.

“The rhino horn trade is driven by the myth that it is an aphrodisiac besides rumours that it can cure people of COVID-19. A rhino horn is nothing but dead keratin cells, similar to human hair and nails,” Mr. Talukdar said.