An open letter to humans—from a rhino.

By Peter BorchertSeptember 23, 2020Editorial
No Comments 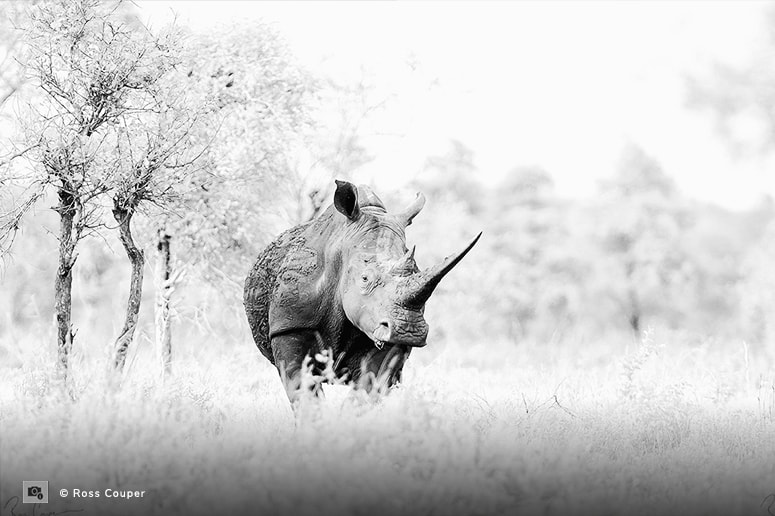 I believe it was World Rhino Day yesterday. Now there’s a thing.

I think it’s rather kind of you to give my family a special day. In fact, I believe it was the tenth one since it was first announced in 2010. Wow, a decade… Now there’s a thing, indeed.

Ten years of kind words, concerns, and promises. But delivery? Not much, sadly. I know your gesture has been well-intentioned and that many of you have tried so, so hard to make things better for us. Thank you for that, I really mean it. However, forgive me when I say that we rhinos are not that enthusiastic about the results—a bit forlorn and gloomy, in fact.

It reminds me of a bit of Piglet’s birthday gift to his great friend Eeyore. His present, too, started out with great promise: a beautiful red balloon. But along the way, it popped, and the glum donkey was left to countenance his shriveled, deflated present.

“Thank you, Piglet,” said Eeyore. “You don’t mind my asking,” he went on, “but what color was this balloon when it—when it was a balloon?”

“I just wondered… Red,” he murmured to himself. “My favorite color… How big was it?”

“I just wondered… About as big as Piglet,” he said to himself sadly. “My favorite size. Well, well.”

I see a metaphor for us in Piglet’s well-meant present. “My home,” I say, looking at a crumpled corner of a page from an atlas.” And, if I may be so bold, how big was my home, when it was…ah… a home.”

“Almost as big as the world,” you reply.

“Ah, my favorite size,” I respond (in a voice tinged with melancholy).

Do you know that once there were more of us on the planet than you? Or that our ancestors wandered around almost every part of it for nearly 50 million years before you folk came along? Or that at one time there were hundreds of rhino species of all shapes and sizes? One of us, Paraceratherium, was the largest land mammal ever—taller than a giraffe and much, much heavier than an elephant. How magnificent they must have been. Sadly, they became extinct, but this wasn’t your fault as it happened about 30 million years ago, still long before you appeared.

After that, during a time scientists describe as the Miocene, came our Golden Age when the great family of rhinos spread across more than 50 genera. But nothing lasts forever. Climate changes towards the end of this time didn’t suit many of us. And as the planet cooled, we found it hard to cope with the cold steppe lands of the north. Some of us didn’t make it, while others (my ancestors, I guess) migrated southwards. Sorry, forgot to mention it. I’m a White Rhino by the way, and thousands and thousands of generations ago, my forebears moved into Africa for the first time.

Where we and your human ancestors first met is uncertain, but it must have been at least 700,000 years ago because excavations in Britain and the Philippines reveal our butchered bones in your garbage. Yes, sadly, you were already killing us then, but probably not that many as we wouldn’t have fallen easily to your primitive weapons. For the most part, we rubbed along alright for hundreds of thousands of years, probably because there were still so few of you around.

The trouble really started when you started to settle, make farms, and build towns and then cities. It was a gradual process, to begin with, but a relentless one. You changed the land around you to suit your needs and started to push the rest of us into smaller and smaller places (not just rhinos but every creature on Earth). You tamed cattle, sheep, goats, and wildfowl. You planted crops in the great prairies, and you chopped down forest trees to build your houses and boats. And you never stopped.

The great river valleys of Asia— Indus, Yellow, and Yangtze—were the first places to be seriously transformed. But the real madness (from our point of view) only came a little more than 200 years ago, when the powers of Europe set out to conquer the world and all the people and animals living in it. Within little more than a century, we and many, many other creatures and plants were reduced to remnants. Quite why your young males found it such great sport to shoot thousands and thousands of us for no reason than fun is beyond us. (Some of you still find it entertaining to collect us as trophies.) Why? Even the most ferocious meat-eaters, the lions and tigers, take only what they need and no more.

By the early 1900s, the only one of us still roaming in numbers was the African Black Rhino. Only a handful of us White Rhinos and a few of our Asian cousins remained, scattered in isolated pockets. Even then, the madness continued, and thousands more were murdered for their horns. This time because they made nice shiny handles for the daggers of men in the Middle East. I ask you? Soon there were probably no more than several thousand of us left in the whole world—White, Black, Indian, Javan, and Sumatran together.

There have been some positive things since then, I grant you. Our White Rhino numbers have grown relatively well. And so have Black and Indian populations. But our Javan and Sumatran cousins teeter at the brink of extinction. However, together there are still fewer than 30,000 of us in the world while your numbers race towards eight billion. And the madness continues—nearly 10,000 of us have been murdered for our horns in the ten years you have been celebrating “our day.”

Will you count it a success when, one day, only a very few of us remain—mostly in zoos and a few farms where we are carefully husbanded to produce our horns for you to “harvest”? And for what? For you to cynically sell for huge sums of money to ridiculous, misguided people who think a rhino’s horn will give them strength, make them important in the eyes of their friends, or cure a range of ills? Will this be your triumph? A job well done?

Sadly I think many of you will believe this to be so.

I wish we could make you see that by destroying us and taking from the world far more than you put back, you are destroying yourselves as well. Surely that is obvious. Can’t you see that terrible storms, melting ice, wildfires, dirty air, new, scary diseases and that almost every species other than yours is silently slipping away because of the way you live?

The exciting thing, though, is that it doesn’t have to be like that. There is another way. If you stop your selfishness and take and waste lifestyles, in a cleaner, much healthier world, there would soon be enough space, food, and shelter for us all.

If you do have a change of heart—and there isn’t much time for you to make up your minds—then maybe one day we (not just you, but humans and every other living thing) will be able to page through an atlas and reflect that we are all made of the same stardust, that this is “our” home, and that it is indeed as “big as the world.”