HONG KONG/BEIJING: For the past two weeks China’s police have been raiding houses, restaurants and makeshift markets across the country, arresting nearly 700 people for breaking the temporary ban on catching, selling or eating wild animals.

The scale of the crackdown, which has netted almost 40,000 animals including squirrels, weasels and boars, suggests that China’s taste for eating wildlife and using animal parts for medicinal purposes is not likely to disappear overnight, despite potential links to the new coronavirus.

Traders legally selling donkey, dog, deer, crocodile and other meat told Reuters they plan to get back to business as soon as the markets reopen. 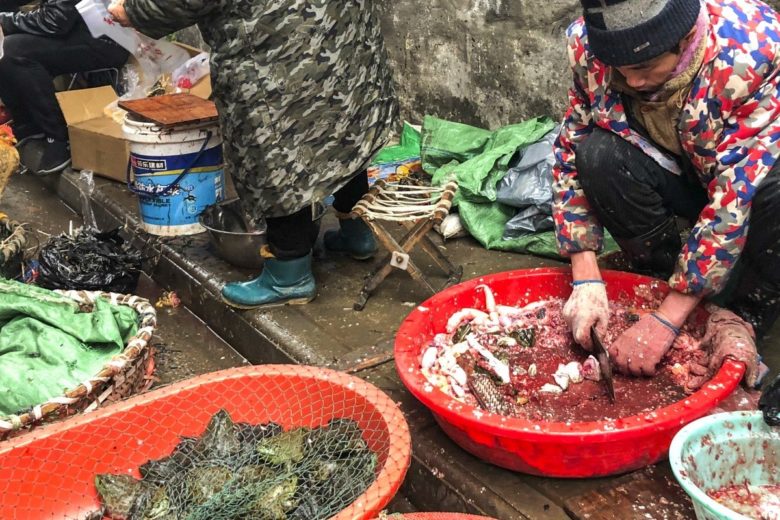 “I’d like to sell once the ban is lifted,” said Gong Jian, who runs a wildlife store online and operates shops in China’s autonomous Inner Mongolia region. “People like buying wildlife. They buy for themselves to eat or give as presents because it is very presentable and gives you face.”

Gong said he was storing crocodile and deer meat in large freezers but would have to kill all the quails he had been breeding as supermarkets were no longer buying his eggs and they cannot be eaten after freezing.

Scientists suspect, but have not proven, that the new coronavirus passed to humans from bats via pangolins, a small ant-eating mammal whose scales are highly prized in traditional Chinese medicine.

Some of the earliest infections were found in people who had exposure to Wuhan’s seafood market, where bats, snakes, civets and other wildlife were sold. China temporarily shut down all such markets in January, warning that eating wild animals posed a threat to public health and safety.

That may not be enough to change tastes or attitudes that are deeply rooted in the country’s culture and history.

“In many people’s eyes, animals are living for man, not sharing the earth with man,” said Wang Song, a retired researcher of Zoology at the Chinese Academy of Sciences.

The outbreak of the new coronavirus, which has killed more than 1,600 people in China, revived a debate in the country about the use of wildlife for food and medicine. It previously came to prominence in 2003 during the spread of SARS (Severe Acute Respiratory Syndrome), which scientists believe was passed to humans from bats, via civets.

Many academics, environmentalists and residents in China have joined international conservation groups in calling for a permanent ban on trade in wildlife and closure of the markets where wild animals are sold.

“One bad habit is that we dare to eat anything,” said one commenter called Sun on a news discussion forum on Chinese website Sina. “We must stop eating wildlife and those who do should be sentenced to jail.”

Nevertheless, a minority of Chinese still like to eat wild animals in the belief it is healthy, providing the demand that sustains wildlife markets like that in Wuhan and a thriving online sales business, much of which is illegal.

One online commenter calling themselves Onlooker Pharaoh said on Chinese news platform Hupu that the risk was worth it: “Giving up wildlife to eat as food is like giving up eating because you might choke.”

The breeding and trading of wild animals in China is supported by the government and is a source of profit for many people.

After the SARS outbreak, the National Forestry and Grassland Administration (NFGA) strengthened oversight of the wildlife business, licensing the legal farming and sale of 54 wild animals including civets, turtles and crocodiles, and approved breeding of endangered species including bears, tigers and pangolins for environmental or conservation purposes.

These officially sanctioned wildlife farming operations produce about $20 billion in annual revenue, according to a 2016 government-backed report.

“The state forestry bureau has long been the main force supporting wildlife use,” said Peter Li, a China Policy Specialist for the Humane Society International. “It insists on China’s right to use wildlife resources for development purposes.”

Much of the farming and sale of wildlife takes place in rural or poorer regions under the blessing of local authorities who see trading as a boost for the local economy. State-backed television programs regularly show people farming animals, including rats, for commercial sale and their own consumption.

However, activists pushing for a ban describe the licensed farms as a cover for illegal wildlife trafficking, where animals are specifically bred to be consumed as food or medicine rather than released into the wild.

The NFGA did not respond to requests for comment.

Animal products, from bear bile to pangolin scales, are still used in some traditional Chinese medicine, an industry China wants to expand as part of its Belt and Road Initiative.

But the distinction between legal and illegal is blurred. The United Nations estimates the global illegal wildlife trade is worth about $23 billion a year. China is by far the largest market, environmental groups say.

The Environmental Investigation Agency (EIA), an independent organization based in London which campaigns against what it sees as environmental abuses, said in a report this week the coronavirus outbreak has in fact boosted some illegal wildlife trafficking as traders in China and Laos are selling rhinoceros horn medicines as a treatment to reduce fever.

“We are in a sun-setting business,” said Xiang Chengchuan, a wholesale wildlife store owner in the landlocked eastern Anhui province. “Few people eat dogs now, but it was popular 20 years ago.”

Xiang, who sells gift boxes of deer antlers and dog, donkey and peacock meat to wealthy bank clients and others, said he had frozen his meat as he waits to see if the ban will continue.

“I will resume selling once the policy allows us, but now I have no idea how long it (the ban) will last.”