Another calf rhino, Jabali has been born (Uganda) 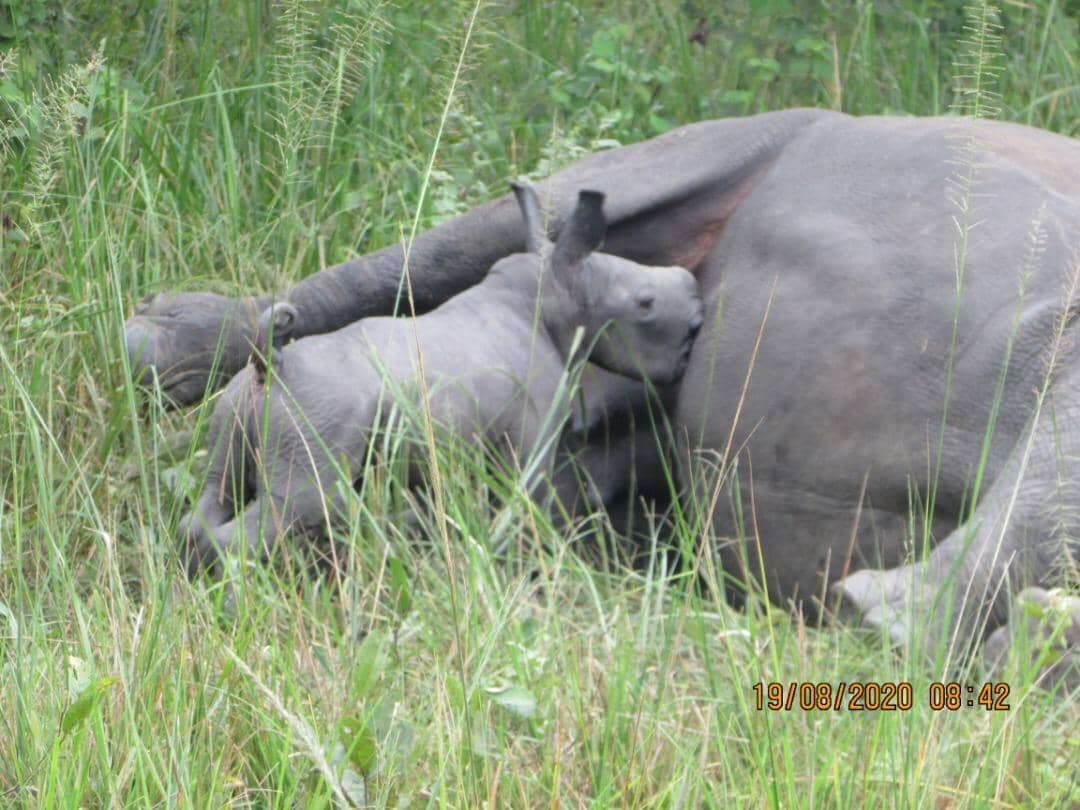 It is yet another score for the tourism industry following the birth of a baby Rhino at Ziwa Rhino Sanctuary.

Speaking to Capital Radio, Angie Genade the executive director Rhino Fund Uganda, says the male called Jabali was born last night to Bella who has had six babies now adding that the great news only pushes them closer to their goal of re-introducing Rhinos to the wild.

The baby is extremely strong, he is already running around and playing with his two-year-old brother, the excited Angie said.

Bella is the female that had the first calf at the sanctuary in 2008 unfortunately it was a stillbirth.

Just two weeks ago another Rhino Laloyo gave birth to a female baby Rhoda. Today the sanctuary boasts of 32 Rhinos. The Uganda Wildlife Authority and the Rhino Fund Uganda are planning to take Rhinos back to the wild by 2022.

This is what it takes for a rhino to be re-introduced into the wild;

A feasibility study should be done to see which national park or area would be best featured to receive the white Rhinos. Then, a genetics report of the Rhinos is produced before splitting them bearing in mind which ones move and which ones stay for purposes of continuity of the breeding process.

The rhinos should be at least four and a half or five years old because then they can fend for themselves.

In the event that rhinos are younger than the above age, then they should be moved with their mother who will then take care of them.