Another historic birth at Care for Wild 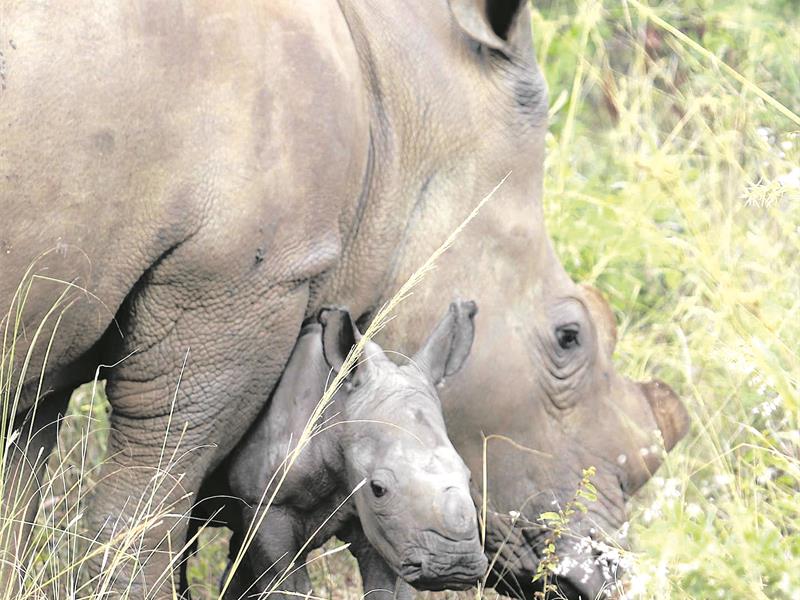 Care for Wild described the birth of another rhino calf as an incredibly poignant and emotional moment for the team. The male calf was born between 05:00 and 05:30 on the morning of March 1.

This comes after rhino Wyntir gave birth to the first-ever rhino calf born from two orphans a mere two weeks ago. The new mother, River, was rescued on September 4, 2014, after poachers had killed her mother.

River was attacked by lions that had left deep wounds on her thighs. Although River’s wounds healed, she still bears the scars, a continual reminder of her fight for survival, said the sanctuary.

“River has always been a feisty rhino. Fiercely protective of her crash and rhino friends, this instinct to protect is more prevalent now than ever before. One thing is certain, this little one has an amazing mum!”

The female calf born to Wyntir has been named Blizzy. “She was named in honour of her mother and father and the incredible journeys they have been on. What do you call a winter’s storm? A blizzard,” said the sanctuary about the little rhino’s chosen name.

The latest addition to the Care for Wild family has yet to receive his name, but the sanctuary will be providing updates soon.

When the first calf was born, the sanctuary’s founder, Petronel Nieuwoudt, said, “I look at both Wyntir and Storm (Blizzy’s dad) and all in one moment I see their whole journey. Every second of struggle, every hour of effort, every sacrifice and every person who gave everything to save them.

“Care for Wild’s vision is to secure the future of the species through viable black and white rhino breeding populations protected by communities.

“This baby is a symbol of the life and light that is possible. She is hope for the species and for humanity. Rhinos belong to the world and it is all of our responsibility to save them.”