Another rhino calf rushed to Care for Wild for emergency treatment

By NewsroomDecember 14, 2021Rescue and rehab
No Comments 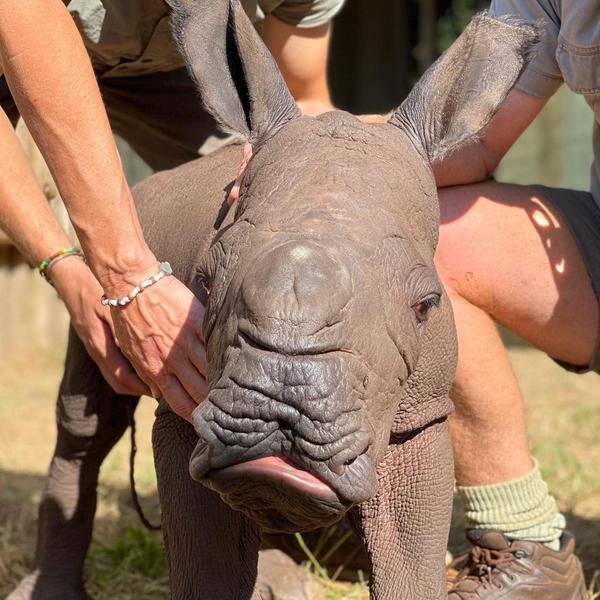 A baby rhino. Image: As originally published by Lowvelder

Care for Wild Rhino Sanctuary has been working around the clock for the past several weeks following an influx of orphaned and injured wildlife.

Care for Wild Rhino Sanctuary has reported another rescue, this time of a 12-hour-old rhino calf.

According to a Facebook post by the organisation, the team has been working non-stop “to support a sudden surge of babies”.

“Discovered and rescued by the SANParks team during a routine operation in the Kruger, our latest arrival was just 12 hours old when she was admitted on Thursday afternoon (December 11),” said the post.

“Unable to stand, her umbilical cord was still attached. She is incredibly weak and extremely vulnerable. This little calf is being fed hourly around the clock. At this stage the team works in shifts to ensure there is always a caregiver by her side.”

The organisation further said that the team has an “extremely long road ahead, but every rhino matters.

“A special thank you to the SANParks team – veterinarian Dr Peter Buss, section ranger Neels van Wyk and pilot Jack for retrieving this calf so rapidly,” said the post.

To donate to Care for Wild and its mission to rescue and rehabilitae vulnerable wildlife, visit its Facebook page, “Care for Wild Rhino Sanctuary”.