Anti-poaching challenges during lockdown, and beyond.

By Peter BorchertMay 10, 2020Editorial
No Comments

There are justifiable fears of an upsurge in poaching activity in Africa’s conservation areas in the wake of Covid-19. The link is direct. The disease-related lockdowns have dealt a massive body blow to tourism and the cash flows that derive from it. In most game reserves, whether state, community, or privately owned, revenues from tourism literally finance everything, including the salaries of the men and women who are the front-line defense against poaching. 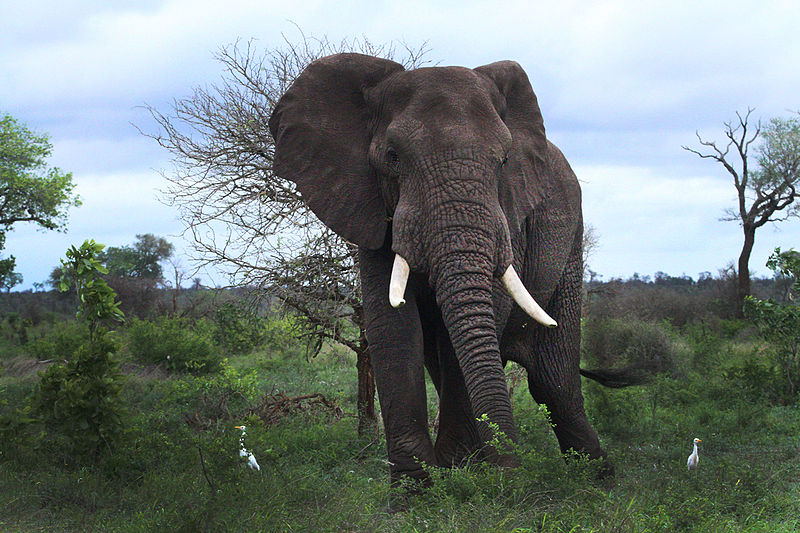 To prevent wholesale poaching and wildlife trafficking in the wake of Covid-19, it is imperative that anti-poaching teams are kept operational and at full strength. Image, Wikimedia Commons

Lodges can be mothballed, and hospitality staff can be furloughed until the world re-emerges. But if the people who protect the land and the wildlife are removed from the equation, the doors are opened up to infiltration by desperate, hungry people and the avarice of poaching bosses who use them as their foot soldiers. It is imperative, therefore, that anti-poaching teams everywhere are kept at full strength and wholly operational. Also, the best possible relations must be fostered with rural communities alongside game areas. They are a vital link in the anti-poaching chain.

Ironically, some consequences of the lockdown seem to have worked against trafficking criminals. With citizens forced to stay at home and army and police patrolling the highways and byways, it has arguably become more difficult for poachers and middlemen to carry on their nefarious business.

Other opinions suggest that poaching pressure continues unabated. In Botswana, for instance, rhinos are being evacuated because officials are increasingly concerned that poachers have become emboldened by the absence of safari tourists. The full picture, like so many aspects related to the coronavirus pandemic, will only emerge over the months to come. We do know from bitter experience, however, that criminal syndicates are resourceful. There can be little doubt that they are already probing new strategies to source “product”. With such large money flows at stake, it wouldn’t be surprising if government and private stockpiles of ivory and rhino horn were to become an increasing focus of attention.

South Africa has just completed a full six weeks of one of the strictest lockdown protocols imposed on the people of any country. Coronavirus infections and deaths have been kept reassuringly low. And there are now signs of relaxation and a welcome, gradual reopening of economic activity. The social and financial wounds left by the disease are, however, still a long way from scarring over, let alone healing. Sadly, tourism will probably be one of the slowest sectors to recover. It could be 2023 before tourism shows meaningful recuperation. And in that context, the cost of having maintained the integrity of anti-poaching networks for the initial six weeks or so of lockdown could prove a mere bagatelle in relation to future financial challenges.

If recovery from the knock-on effects of Covid-19 were the only serious challenge facing the protection of our wild places, it would be bad enough. But we also need to keep a very watchful eye on developments in northern Mozambique. This huge country lies along a 2,800-mile (4,571-kilometer) very porous border to the east of South Africa, Zimbabwe, Zambia, Malawi, and Tanzania.

On Tuesday this week, Andrew Harding, the BBC’s correspondent for Africa, wrote of the “simmering Islamist” rebellion in Mozambique’s remote far northern province of Cabo Delgado. The conflict has already caused thousands of villagers to flee their homes in terror. And now, there is gruesome video evidence of greater organization and purpose on the part of the insurgents known locally as al-Shabab.

There are no known links between the Mozambican rebels and the Somali-based, al-Qaeda affiliated al-Shabab group who have carried out attacks in East Africa. But there is compelling evidence, however, of the jihadists in Cabo Delgado claiming allegiance to Islamic State.

This is bad news on so many levels. For the people obviously—some 200,000 souls have already been displaced—but also the wildlife. The links between fundamentalist insurgents and wildlife exploitation are well documented, although perhaps somewhat overstated, as a significant source of conflict funding. As Vanda Felbab-Brown of the highly respected Brookings think-tank says, “…most poachers are not terrorists, and most militants and terrorists are not poachers.” But there can be no denying that one way or another conflict is socially and environmentally devastating. The world has no shortage of evidence of such tragedies.

Even if the consequences of civil strife in Mozambique were to have only a small impact on the wildlife security of its game-rich neighbors, for anti-poaching resources already weakened by the financial hardships brought on by Covid-19, the results could be devastating. It behooves the countries most likely to be affected to face up to this potential threat sooner rather than later.

To receive my weekly editorial and the Shannon Elizabeth Foundation / Rhino Review newsletter, sign up here.