The eastern boundary between the Kruger National Park and Mozambique has the most stable rhino population in Mozambique. The endangered species can finally breed and thrive, thanks to the anti-poaching efforts of the Administração Nacional das Áreas de Conservação (Anac), the region’s conservation organisation. 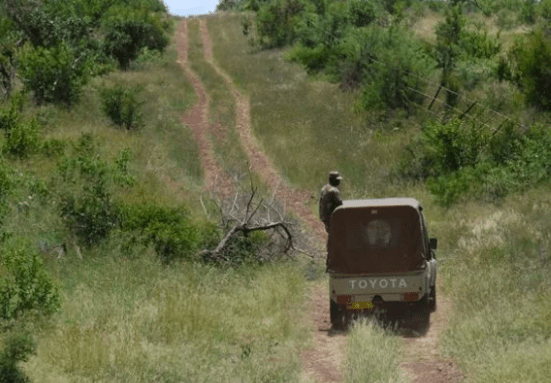 But this did not happen overnight.

Anac’s director Dr Carlos Pereira has successfully helped the organisation tackle various issues associated with the plight of poaching. These include liaising with law enforcement and prosecution bodies, ensuring that education and awareness is spread, and helping uplift communities in areas where poaching is rife.

And the results are palpable.

Before 2014, poaching in Mozambique was seen as a misdemeanour offence, and only resulted in a fine. After 2014, the first law criminalising poaching was brought into effect. And in 2017, the legislation was upped to prosecute anyone in possession of rhino horn, ivory or any other product of a protected species, with a minimum sentence of 16 years.

But Pereira is not only committed to prosecuting offenders.

He is on a mission to change the mindset of the country, starting with the very people who put poachers behind bars.

He has been working with prosecutors to sensitise them, by helping them realise the destructive consequences of poaching. These inter-institutional relations, including working with the Kruger Park, has ensured that poaching is not only deemed serious, but that people can understand why they should care.

“People sometimes do bad things because they don’t understand the problem. It’s a mindset change. You come right slowly, but if you are persistent, people keep changing,” Pereira said.

Another crucial part of Anac’s mission is to instil a foundational sense of sympathy and understanding in children when it comes to poaching, through education and awareness.

“If you start educating the children and they start understanding, they’re going to be at the forefront of these activities in the future.

“I can see after 10 years that sometimes it pops up in society. People in the past had no problems [eating wild animals], but today, if someone says there’s a celebration and we need a hippo [to eat], people immediately react and say ‘why do you need a hippo’,” Pereira explained.

Constantly reminding and educating children comes in the form of including anti-poaching material in school curricula, as well as an annual school games in the country, among other efforts.

Something as small as making a mascot, an animal that is endangered, helps the over 5,000 children that attend such functions and is a reminder that they cannot escape the plight of poaching, and need to act.

A societal mindset change also needs to be nurtured, which is done by giving back to communities.

In Mozambique’s conservancies, 20% of profits are given back to communities, by law, and if this is not practised, authorities can cancel the land owner’s permit. This money goes towards the specific needs of the community, such as building a dam for drought-stricken areas.

But, Pereira said, a lot still needs to be done. He said Anac was in the process of bringing this agenda to the Mozambican government, but said that at least there is support from President Filipe Nyusi, as well as ministers, to assist the organisation in tackling the complex socio-economic challenges.

At present, Pereira said, human-animal conflict was a challenge, a serious matter that must be addressed.

“We need to respect people and act on hotspots to work on the prevention of human-animal conflict. Our laws are strict but difficult to apply, because people have all sorts of excuses.”

Anac, Pereira and Mozambique’s long-term vision has ensured that impoverished communities were discouraged from “digging their own grave”, and had helped ensure the safety of a new generation of a protected and treasured species, as well as a generation of people who do not become part of organised crime syndicates.

Their creative, persistent efforts to change the way the country’s people think about ecosystems, endangered species and poaching is an example many African countries may be better off following.