APFEJ welcomes disposal of rhino horns but with a condition

By NewsroomAugust 30, 2021Anti-poaching
No Comments 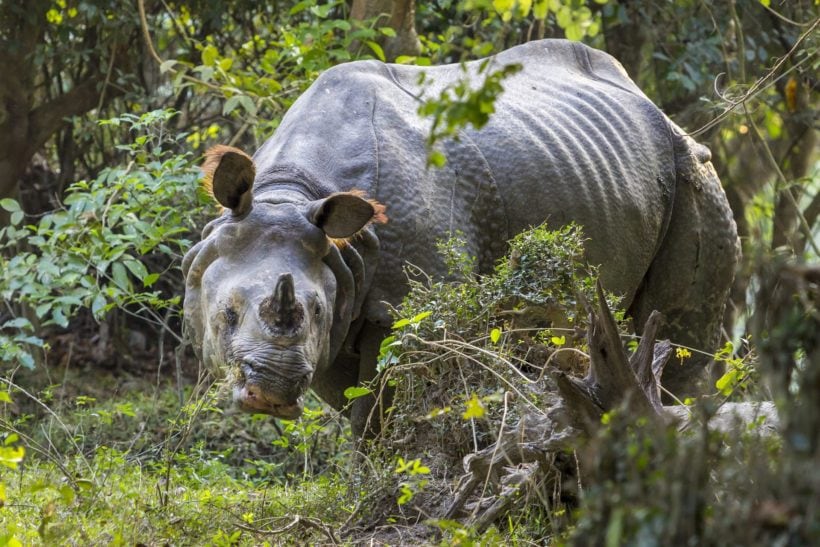 The Asia Pacific Forum of Environmental Journalists (APFEJ) welcomes the decision of the Assam government’s forest department in far eastern India to dispose of the rhino horns to be discriminating in its message that rhino horns do not carry any aphrodisiac quality for which the rhinos are poached across the world. But, it puts forward a condition that the horns should be scientifically confirmed as real ones.

“There is ample scope for the apprehension that, with the opportunity, many fake rhino horns would be disposed and those might be smuggled into the international market. Need not to mention that the rhino horns, because of the superstition (linked to Viagra), can fetch a million dollars in the illegal markets spread across east Asia,” said a statement issued by the journalists’ forum, headquartered in Dhaka.

It may be mentioned that the environment and forest department of Assam has started a process to verify over 2,500 rhino horns seized from poachers, smugglers, or extracted from dead animals over the last four decades. The State wildlife warden Amit Sahai gave a media statement to inform that the verification process of rhino horns in the districts of Kamrup, Barpeta and Morigaon was already completed.

Sahai also informed that the forest department prefers to dispose of most of the rhino horns on India’s national elephant appreciation day, 22nd of September. The chief wildlife warden MK Yadava declared that around five percent of those horns would be preserved for education, awareness and scientific purposes. However, he admitted that the department would take a final decision after a public hearing scheduled for 29th of August.

“Officially known as the greater one-horned rhinoceros and found primarily in India and Nepal, the rhinos are listed as vulnerable on the IUCN red list. Assam in northeast India alone gives shelter to over 2650 one-horned rhinos in its forest reserves. World-famous Kaziranga National Park is known for its more than 2,400 rhinos along with other precious wildlife,” added the APFEJ statement, released exclusively to media outlets in the Asia Pacific region.

“One can remember that the Assam government constituted a rhino horn verification panel in the middle of 2016 and the allegations surfaced that fake horns were being used to replace the real ones in the government treasuries. During the process, a total of 2,020 horns were reportedly found in various State treasuries,” said APFEJ president, Quamrul Islam Chowdhury and secretary, Nava Thakuria, adding that the forest department should make its stand clear before setting the final procedure.