By NewsroomOctober 1, 2019Conservation, Education
No Comments

SANDAKAN: The application of advanced reproductive technology (ART) to endangered wildlife species should be the focus when saving an endangered species so as to avoid the sad tragedy of the Sumatran rhino going extinct in Sabah.

Borneo Rhino Alliance (BORA) executive director Datuk Dr John Payne said that when people talk about saving a species, they would talk about habitat loss and poaching as the main problems. 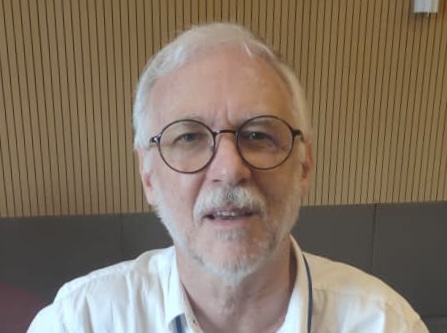 “Sure, habitat loss and poaching are important factors, but for me, these are background noises. I take Sumatran Rhino as an example; it was critically endangered. With such low number, (the issues of) poaching and habitat loss are not relevant anymore. The priority would be how are we to boost the number of this species, how do we breed more of them; that is where the ART should be applied,” he said.

Payne said this when met at the Seminar on Application of Advanced Reproductive Technology to Endangered Wildlife Species in Southeast Asia, held at Livingston Hotel here, yesterday.

The seminar was conducted with the hope of saving other endangered species in Sabah, such as the wild cattle species (seladang), Sunda clouded leopards and Tembadau.

Payne said that in 2015, the Federal Government and State Government played an important role in the effort to save Sumatran Rhinos by introducing a policy, the ART programme for endangered wildlife in Sabah for the 11th Malaysia Plan period, from 2016 to 2020.

“If we take Sumatran Rhino as an example, the use of ART was crucial because almost all the female Rhinos in captivity (in Indonesia) were found with severe reproductive tract pathology (fibroid) which prevented them from reproducing. So, you could expect the same with all the other endangered species; only ten percent are capable of breeding while the rest are too old, too young or are sick,” he explained.

Meanwhile, Sabah Wildlife Department director Augustine Tuuga in his opening remarks said that if the goal is to prevent extinction of wildlife species, new approaches are needed.

“The opportunity has existed for many decades to prevent extinction of Sumatran Rhino, through forming a single managed captive propagation programme, with the application of ART to try to help every surviving individual Sumatran rhino to contribute its genome to making more rhinos.

“Sadly, international wildlife and donor institutions have failed to support this thinking. Instead, they repeat the poaching and habitat loss mantra.

“When numbers of any species get to be very low, one of the biggest urgent priorities should be: how to divert the dangerous trajectory away from low and declining numbers, by boosting birth rate,” he said.

Augustine said that a reproductive technology laboratory has recently been completed and equipped at the Faculty of Sustainable Agriculture, Universti Malaysia Sabah, Sandakan.

BORA was appointed to develop and implement the main aspects of the programme from 2016 to 2020.

“To date, much of the work has focused on semen harvest, treatment and cryo-preservation. We are now entering a phase of oocyte harvest, with the view towards in vitro fertilization and embryo transfer. In the mean-time, International Islamic University Malaysia has joined the work to initiate cell cultures of endangered species.

“We hope that this emerging programme will continue after 2020, as a Malaysian programme that happens to be based in Sabah, and with a broadening collaboration of interested experts, regionally and globally,” he said.