By NewsroomFebruary 18, 2021Anti-poaching
No Comments 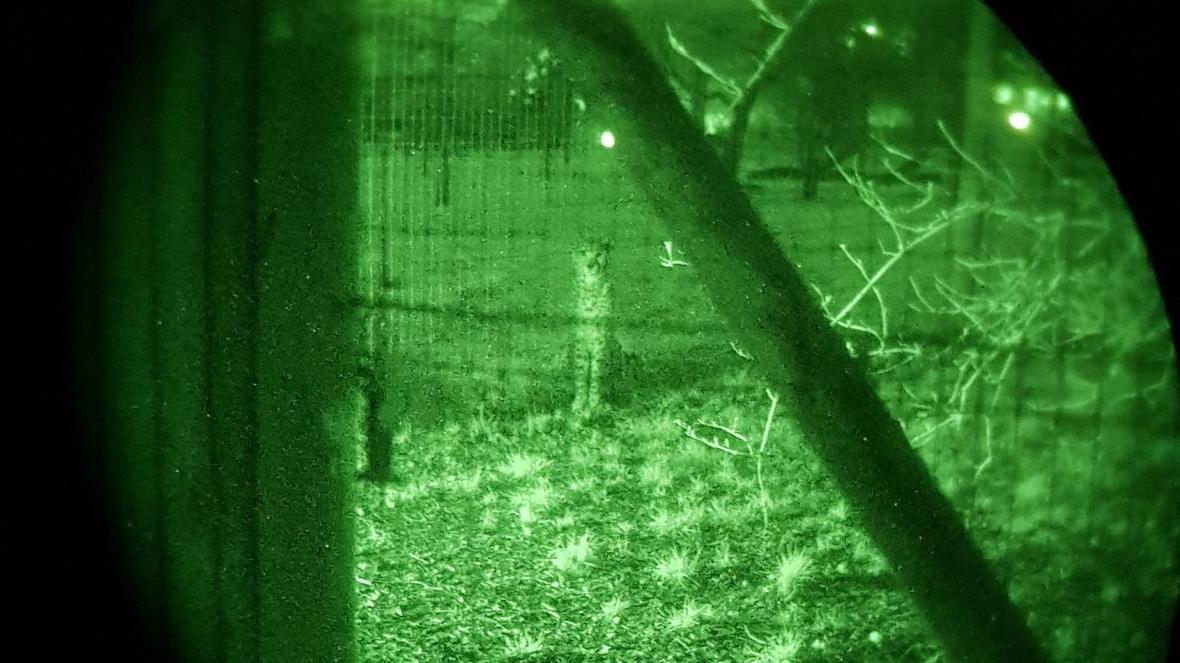 Night vision footage captured by officers shows a cheetah keeping a wary eye on the police dog. Image: As originally published by The Times.

Marwell Zoo near Winchester is home to some of the world’s most endangered species, so when reports arrived that a gang had broken in at night the police were taking no chances.

Armed officers descended with night-vision goggles while a dog unit and a helicopter were dispatched. White rhinos, targeted by poachers for their valuable horns, were among the animals believed to be most at risk.

In 2017 poachers broke into a zoo in Paris and shot dead a four-year-old white rhino before cutting off its horn with a chainsaw and escaping.

Worried staff at Marwell called police after reports that raiders were “throwing things” at the animals.

As the armed squad searched the zoo their low-light capabilities allowed them to spot a cheetah keeping a “wary eye on the police dog” but little else.

Three men in their early twenties were eventually arrested on suspicion of burglary. A 21-year-old woman was also held on suspicion of aiding and abetting the suspects, after police intercepted her car trying to leave the area with the men inside.

A Hampshire police spokesman said that the men were all from Gosport. It is understood a plastic bottle was among items thrown at animals.

The zoo, home to more than 140 species, is owned by Marwell Wildlife, a conservation charity that leads programmes in the UK, Africa and worldwide. It has southern white rhinos, Amur leopards, giant anteaters, pygmy hippos and Humboldt penguins — all of which are at risk of extinction.

A Marwell spokeswoman said: “We are deeply saddened by an incident at the zoo last night and we are assisting police with their inquiries. We’d like to reassure our supporters that all our animals are safe and our expert teams are on site caring for them to the highest standard.”

Some European zoos and safari parks have removed the horns from their rhinos to protect them from poachers since the Paris attack. The practice is common in Africa but had been rare in the West. The European Association of Zoos and Aquaria said that it had not issued a blanket recommendation.

Other newborns included one of the world’s rarest animals, an endangered African wild ass and two Hartmann’s mountain zebra foals. The zoo also welcomed an Amur tiger from the Czech Republic in December 2019.