By NewsroomSeptember 30, 2019Conservation, Translocation
No Comments

A female rhino from the Bahbari range of the national park recently gave birth to a calf. This birth has doubled the number of newly born rhinos at the park from one to two. Earlier, another rhino from a different zone of the protected area gave birth to a male calf in the month of August this year.

Forest officials from the national park while carrying out a routine round spotted the newly born rhino as it was feeding on grass along with its mother. 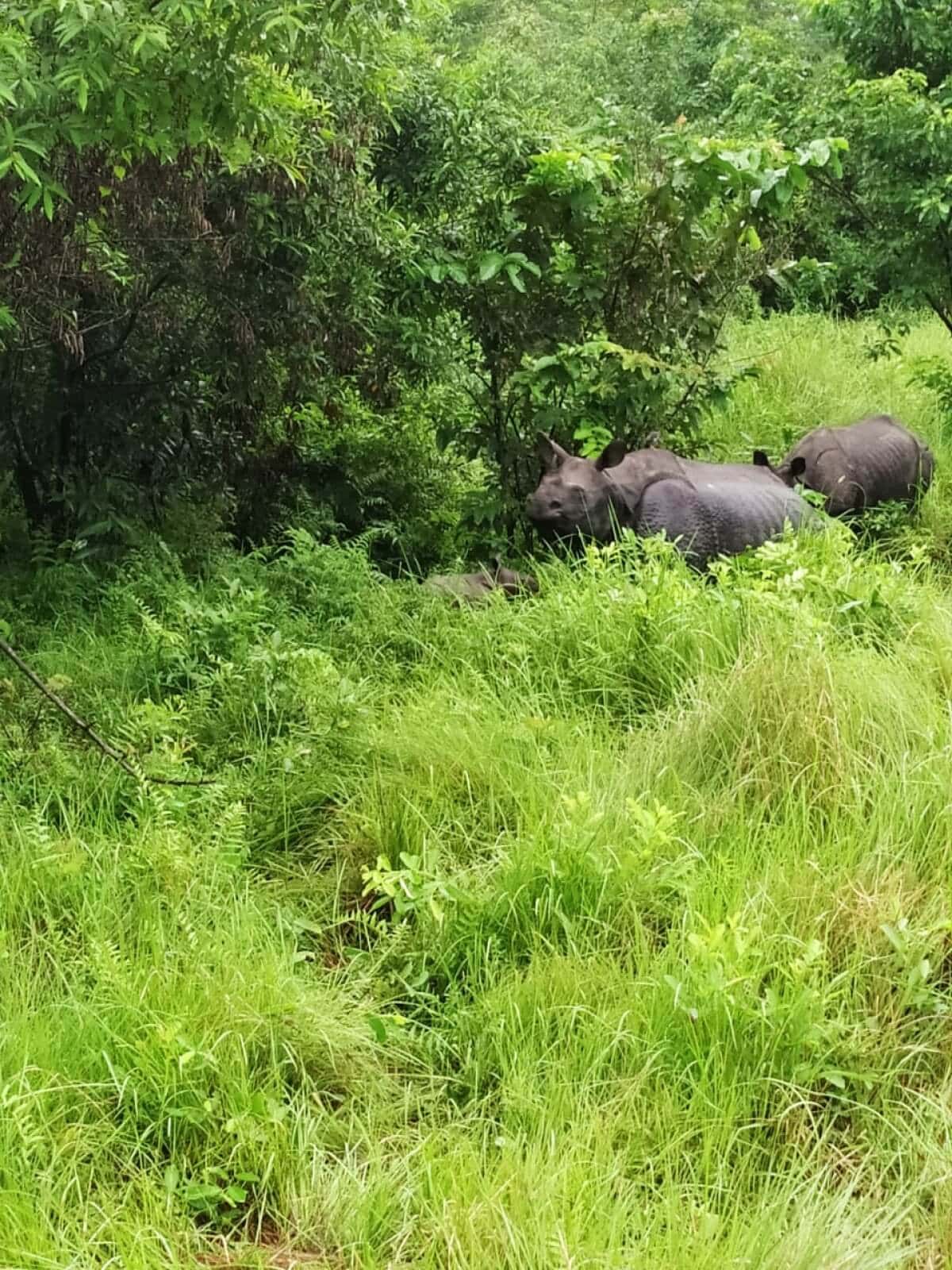 Original photo as published by East Mojo: With the birth of a new calf, the total number of rhinos at Manas National Park has increased to 40

Manas National Park covers about 950 sq km area, and with the birth of the new calf, the total number of rhinos inhabiting the area has now increased to 40.

The authorities and forest guards from the national park have expressed delight looking at the positive growth of the numbers of rhinos in the wildlife sanctuary over the past years.

Rhinos were reintroduced in Manas National Park as a part of the Manas conservation initiative in 2008 after nearly 100 rhinos were killed by poachers during the peak of insurgency in Assam in the early 1990s.

Under the India Rhino Vision 2020 initiative, many rhinos were translocated to Manas National Park from nearby Pobitora Wildlife Sanctuary and Kaziranga National Park under the directives of Assam forest department.