By NewsroomFebruary 18, 2020Conservation
No Comments

A full-grown one-horned rhinoceros created panic among villagers in Assam’s Biswanath district on Monday morning after it strayed out of the Kaziranga National Park.

The rhino strayed out of the Kaziranga National Park and created panic among several villages in the northern Assam district. Locals said that the rhino had wandered into the Maralgaon, Bahboriapam, Nirolabasti areas.

Villagers spotted the rhino first in the Maralgaon area and tried to chase it away. The villagers had also informed local forest department officials. 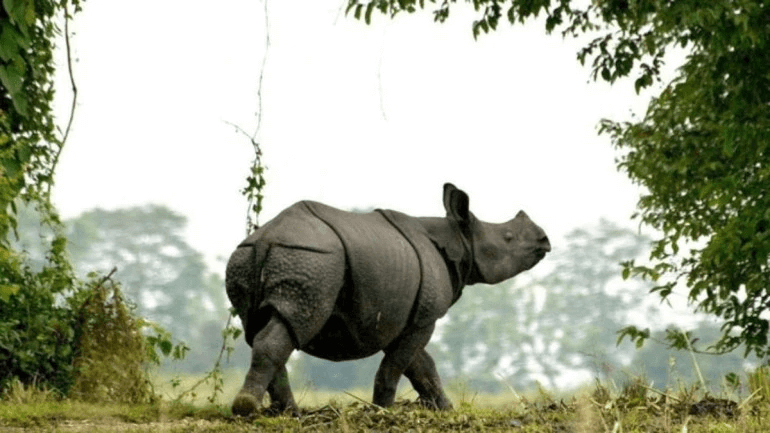 Later, the forest department personnel managed to chase it back to the national park with the help of local villagers.

Assam is home to the largest population of one-horned rhinos and houses more than 2,600 of them. The 2018 Rhino Population Estimation Report stated that the total number of rhinos in Kaziranga National Park counted 2,413 rhinos.