Assam plans to add 4.52 sq km to Kaziranga to protect highlands for wildlife during floods

By NewsroomNovember 16, 2021Land conservation
No Comments 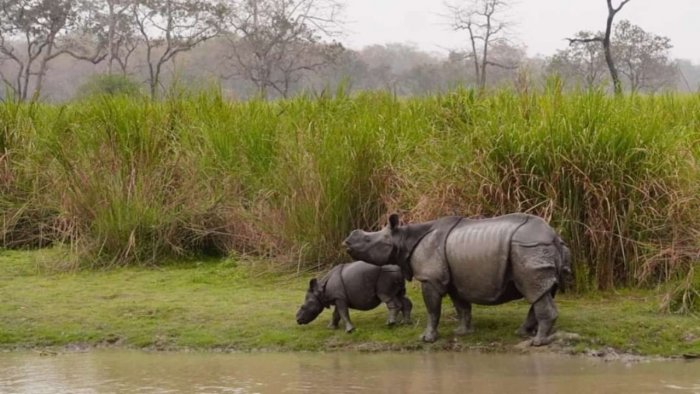 Assam government has issued a notification proposing addition of another 4.52 square kilometres to famous Kaziranga National Park in order to protect the land where wildlife takes shelter during floods in which animals die almost every year.

The notification issued by G D Tripathi, the commissioner and secretary of environment and forest department on Monday said the land proposed to be added to the park is an important habitat and highland refuge for wildlife present in the sixth addition of Kaziranga.

Director of the park, P Sivakumar told DH that the new addition will increase the park’s geographical area to 920 square kilometres.

“Apart from regular use, it will support wild animals during monsoon season in a big way,” he said.

The new addition falls under Biswanath Wildlife division in Biswanath district in North Assam. It starts from Mohanbari afforestation centre in sixth addition to KNP and the southern boundary runs along the north bank of the Brahmaputra river.

Kaziranga, a UNESCO World Heritage site, since 1985 and one of the major tourist attractions mainly due to its iconic one-one-horned rhino population (2,413 in 2018) is sandwiched between the river Brahmaputra and Karbi Anglong hills.

As the monsoon rain in Assam and Arunachal Pradesh hills raise water level and inundate the park, animals are often seen rushing to Karbi Anglong hills to avoid the floods.

While some animals drown in the floodwaters inside the park, many dies after being hit by vehicles while crossing the NH-37 to reach Karbi Anglong hills.

More than 25 animals including a rhino died in this year’s flood while the number was over 150 including 12 rhinos last year.

Forest officials said the new addition was part of the government’s efforts to prevent death of animals in and around Kaziranga due to flood, vehicle hits and poaching.

“The vigil in the highland will increase once it is added to the park. This will also check poaching during floods,” said an official.

The government is also working on a project to construct a 35 km long elevated corridor over the NH-37, from Jakhalabandha in Nagaon district to Bokakhat in Golaghat district to provide a safe passage to the animals.