By NewsroomSeptember 20, 2021Anti-poaching
No Comments 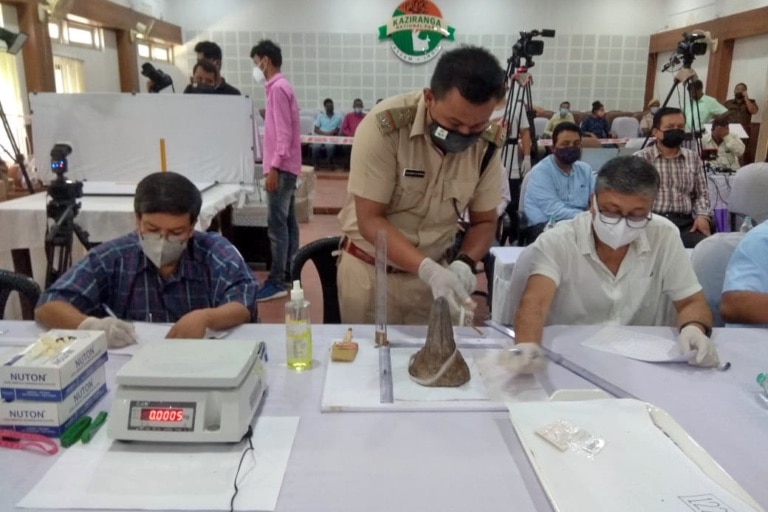 Government officials undertake verification of rhino horns to be set in flames on September 22, World Rhino Day. Image: As originally published by Mongabay-India.