By NewsroomJanuary 8, 2020Conservation
No Comments

On today’s episode of the Mongabay Newscast, we speak with Ami Vitale, a photographer for National Geographic who documented the death of the last male northern white rhino, Sudan.

Ami Vitale’s work for National Geographic magazine and many other publications has taken her to over 100 countries and won her numerous awards. She’s been named Magazine Photographer of the Year by the National Press Photographer’s Association, received the Daniel Pearl Award for Outstanding Reporting, and won five prizes from World Press Photos, including 1st Prize for her story about the first ever community owned and operated elephant sanctuary in Africa. 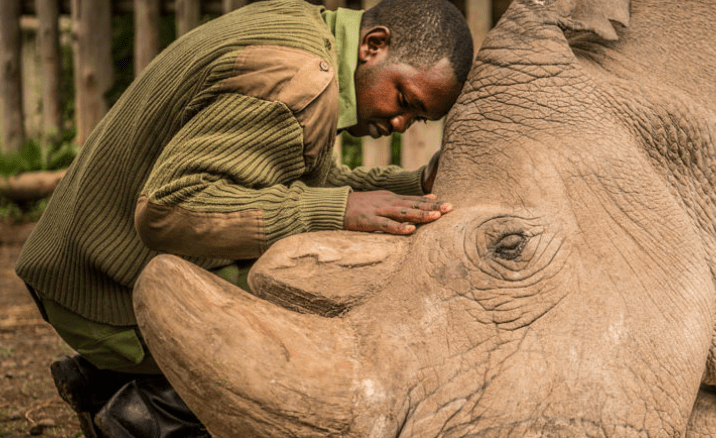 She was even named one of 50 Badass Women by Instyle Magazine along with the likes of Ruth Bader Ginsburg, Madeleine Albright, and former Mongabay Newscast guests Jane Goodall and Margaret Atwood.

As celebrated as her nature and wildlife photography is, however, Vitale started off as a war zone photographer.

She came to realize that humanity’s strained relationship with the natural world was behind each of the human conflicts she covered, however, and then, when she first met Sudan in 2009, she was moved to focus on nature photography.

On today’s episode, Vitale tells us about how meeting Sudan changed her life and discusses a few more of the stories she’s documented throughout her highly decorated career, including China’s efforts to rehab its panda population and the wildlife sanctuary in Kenya that rescues orphaned elephants and helps them return to the wild.