By NewsroomAugust 29, 2019Anti-poaching
No Comments

Members of a Botswana Defence Force (BDF) patrol yesterday shot and killed two suspected poachers in the Mombo area of Chief’s Island in the heart of the Okavango Delta, police have confirmed. 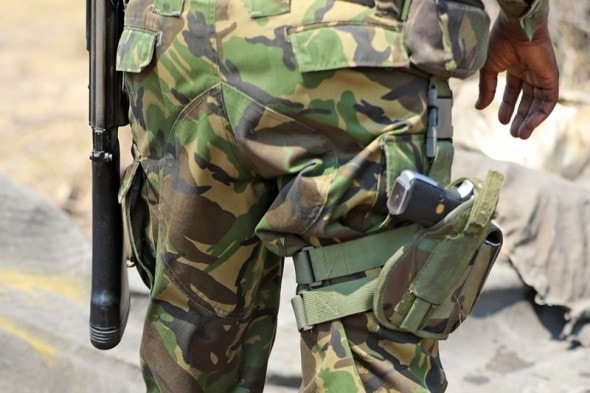 “It appears they had just shot the rhino when the BDF heard the gunfire and encountered the fleeing animal.

“The patrol then pursued and found the poachers, resulting in the shooting of the two.

“For now we do not know the nationalities of the two suspects because they were not carrying any identification.

“Their bodies are at Letsholathebe II Memorial Hospital’s mortuary while investigations are ongoing as to where they were coming from and going to,” Kgomo said.

Mmegi is informed that the rhino cow died in the incident. Kgomo said poaching was troublesome in the area and the incident was not the first this year.

The BDF is active in poaching hotspots in the North West, while the Department of Wildlife and National Parks’ rangers largely focus their patrols on areas such as Kgalagadi where poaching is less intense and involves illegal hunting of predators such as leopards.

Armed Directorate on Intelligence and Security agents are also present in the poaching hotspots.

The BDF was yet to respond to written enquiries on the incident by Press time.