Behind the scenes with orphaned rhinos (South Africa)

By NewsroomMay 25, 2021Anti-poaching, Communities
No Comments 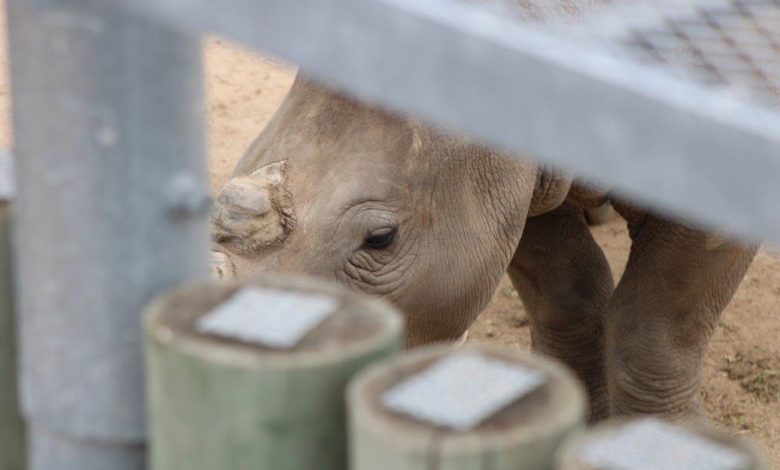 As the rhino poaching crisis continues, facilities like the boma in the Kruger National Park (KNP) have become invaluable in insuring orphaned rhino calves’ survival. All Images: As originally published by Lowvelder.

This haven is run by the park’s veterinary wildlife services and temporarily houses rhinos found distressed and without their mothers, unable to care for themselves in the wild.

Guy Hausler, one of the members of this team, explained that in general, this is only a small portion of what they do.

“We are also responsible for all the wildlife translocations and we facilitate research.”

When researchers come into the park for a project that, for example, involves research on larger animals like rhinos, elephants and lions, they also handle those captures. Then there is the emergency work that comes into play. 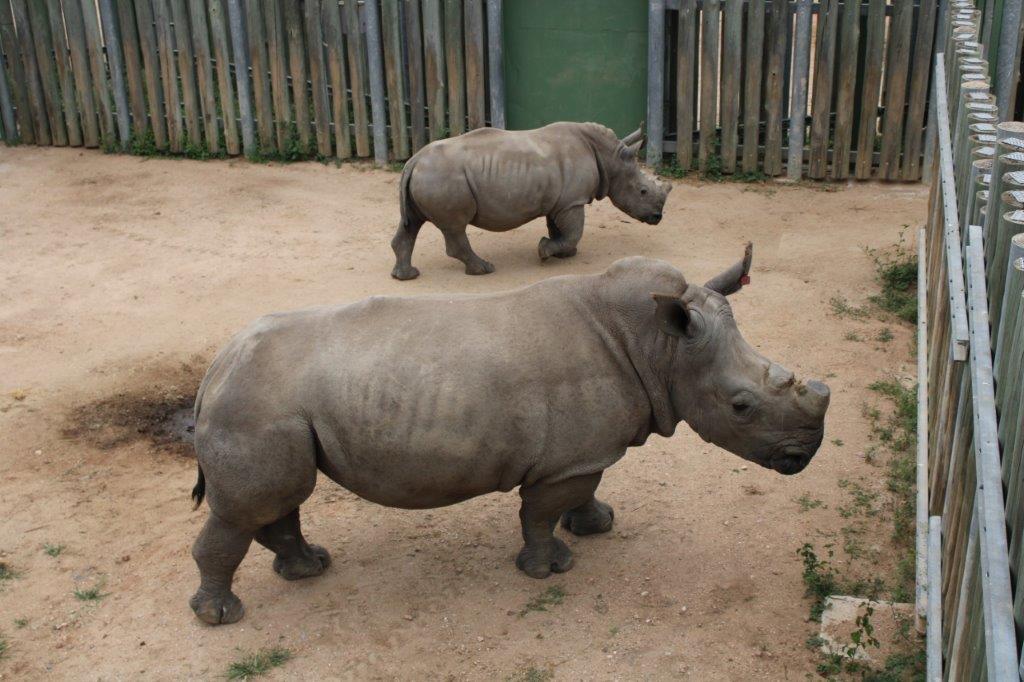 The guiding principle for SANParks is not to interfere in natural processes, but when an animal sustains injuries due to man or a manmade structure, this team intervenes and does something about it. 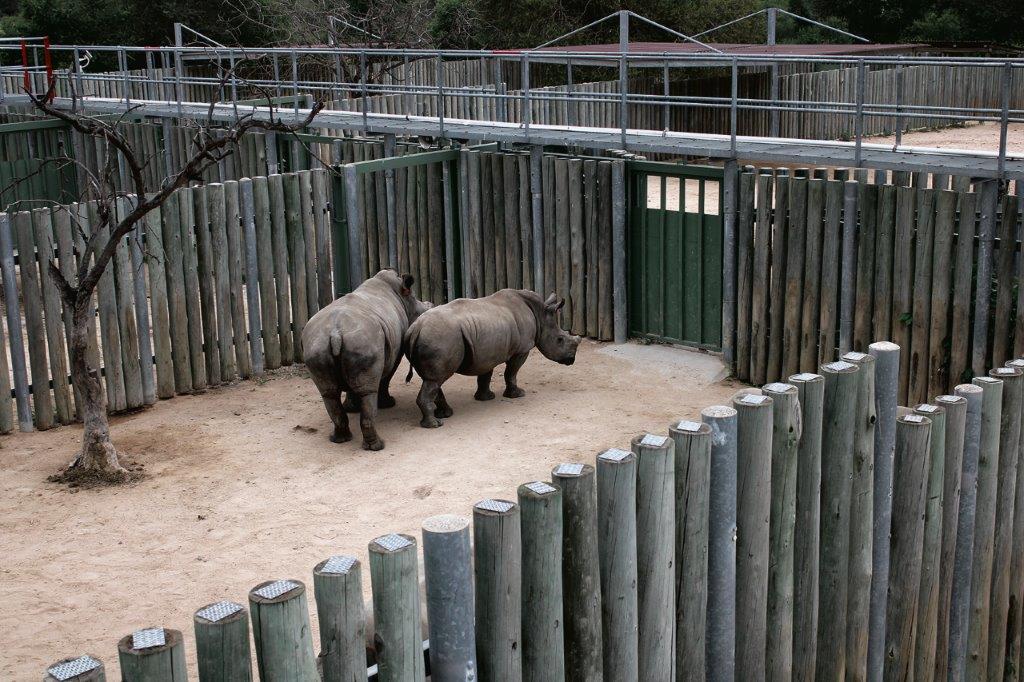 This can be anything from wounds by poacher snares to an animal getting hit by a vehicle, and when an animal finds itself in one of the rest camps and needs to be removed.

Orphaned rhinos are specifically, however, the main focus at the boma.

“Since the poaching started getting very bad, from about 2014 onwards, we started getting more and more orphaned rhinos. Large females are often the targets, and then we end up with a lot of orphans.” 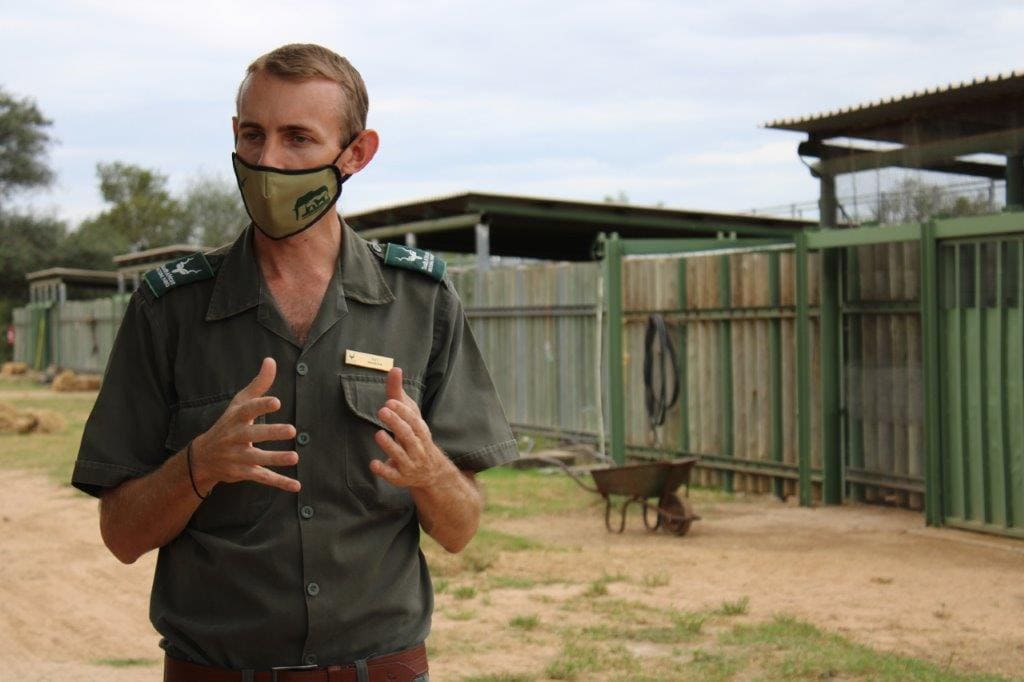 “When a report comes in of an orphan in the veld, whether it be from a ranger or tourist, they are the people who mobilise.

“It is usually far into the veld, so we normally fly there with a helicopter, assess what is going on and make sure we can find the orphan. Once found, we check how old it is and whether it is small enough that we can recover it and bring it into captivity.” 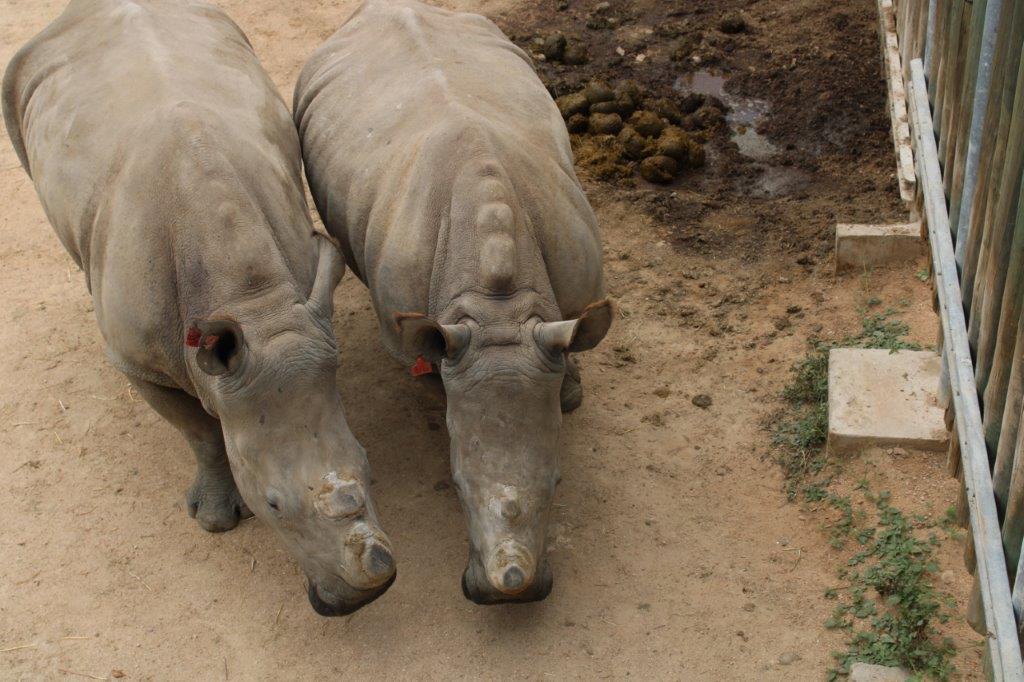 A rhino of about three years and below is vulnerable out in the wild, said Hausler. They might be able to feed on their own, but they still rely on their mothers for protection from predators.

The smaller the rhino, the more intensive its care. For some, this means being bottle fed every two hours, 24 hours a day.

“Because they often suffered injuries as well, intensive veterinary care is also required.

“So those very mini ones actually go to an orphanage outside the Kruger. We have agreements with two orphanages if the rhinos are too small for us to handle here. We send them there, but they remain our property. So we are still responsible for a lot of their bills and their veterinary care, but they are housed and raised at the orphanage.” 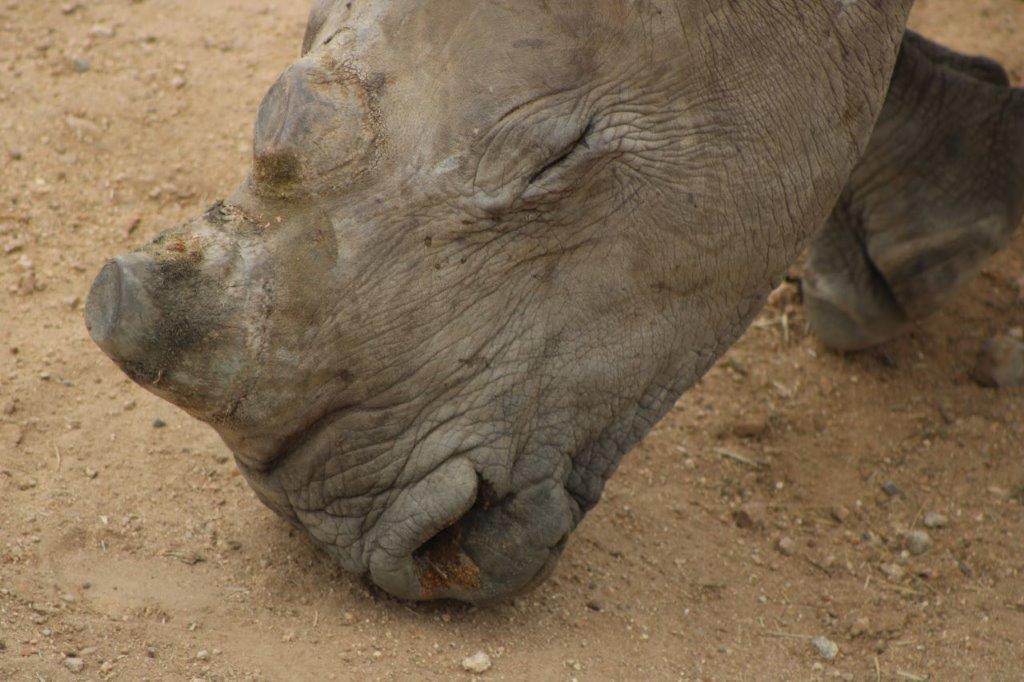 For the orphans old enough to be cared for at the boma facility, there is a surrogate system in place. To help them adapt to captivity, the team brings in female rhino that are of an age where they could have their own offspring. 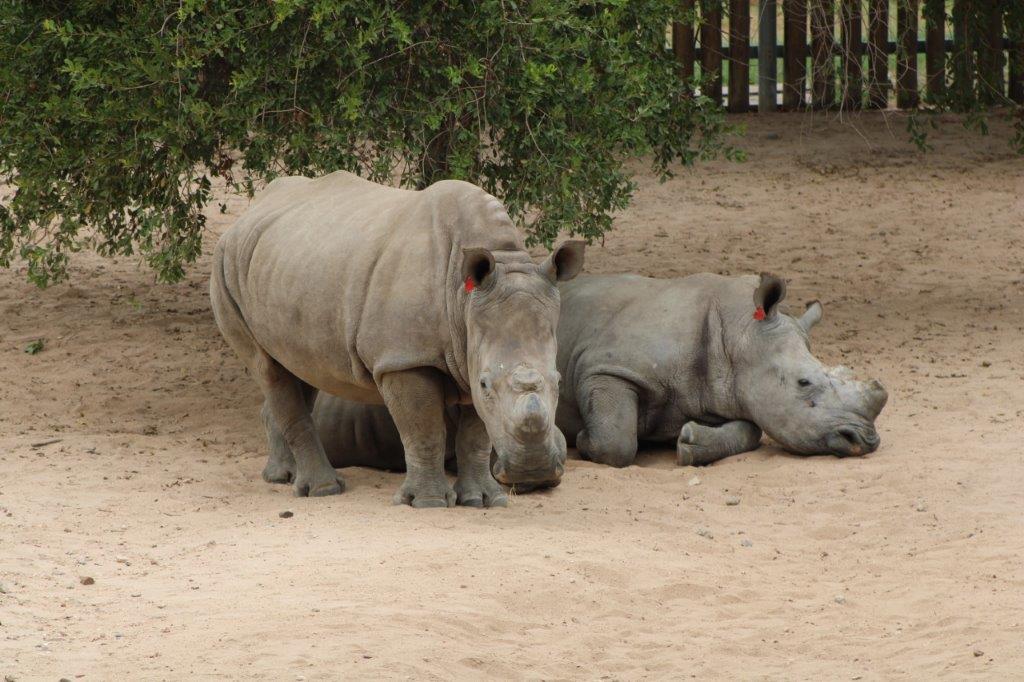 “They wake up here, after having been immobilised in the veld, and there is this other big rhino with them. She is very friendly, and they soon realise this is what the boma looks like, this is where the food is, this is where the water is, and here is a nice place to sleep in the shade.”

After settling in, it is then later introduced to a group along with the surrogate.

“As young animals, they are quite sociable. So they are all there, happy to hang out together. They run around and chase one another around.”

They do remain wild animals, and Hausler said the idea is always to release them back into the wild.

When it gets to that point, a group of animals is loaded and taken to a place where they are released together. 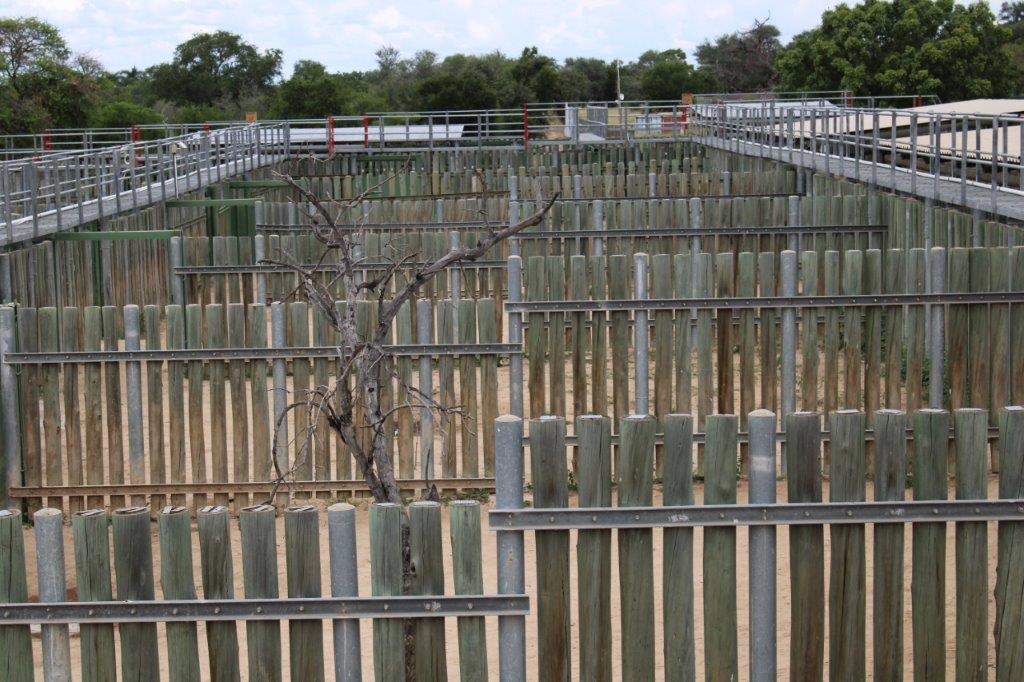 He said the animals adapt quite well once released, because they minimise the amount of human contact. The conditions in the boma are also not that different from what it would be in the veld with regard to feeding. 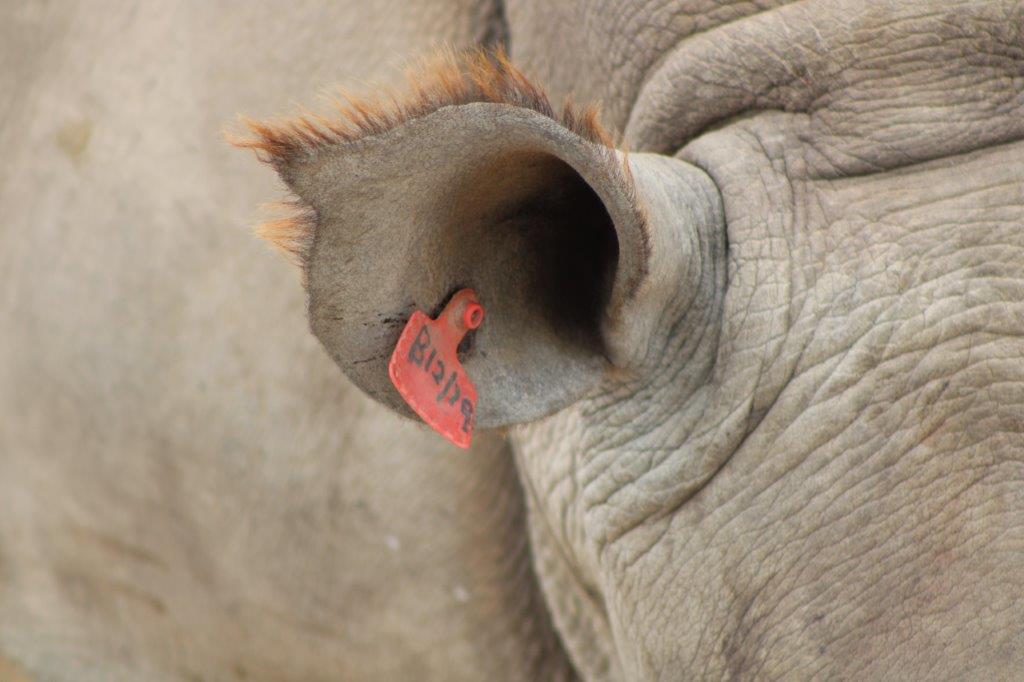 These rhinos are then fitted with some form of a tracking device once released, so the team may continue monitoring them in the wild.