By NewsroomApril 24, 2021Law & legislation
No Comments 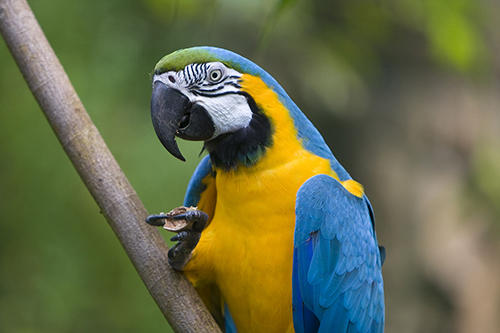 The Biden administration has the power to help reduce the risk of a future COVID-like pandemic. It should use it. Under the Lacey Act, the U.S. Fish and Wildlife Service has the authority to ban the importation of wild animals that pose a threat to human health. Wildlife is teeming with unknown viruses, many of which could pose a risk to people. Given the toll the COVID-19 pandemic has had on the United States and the globe, particularly the loss of precious human lives, we must do everything we can to eliminate activities that could lead to another pandemic, like trading in dangerous wildlife.

The American Rescue Plan Act allocates $10 million to the Service for Fiscal Year 2021 to carry out additional activities under the Lacey Act that relate to wildlife trade and COVID-19. NRDC, the Center for Biological Diversity and other organizations believe the Service should use some of that money to proactively identify wildlife that has the potential to transmit a pathogen that may pose a risk to human health and ban its importation into the United States pursuant to the Lacey Act.

The Intergovernmental Science-Policy Platform on Biodiversity and Ecosystem Services (IPBES) recently confirmed what we have known for decades:

Wildlife trade presents a major risk for the development and spread of zoonotic diseases because wildlife is a significant repository for unknown viruses. For example, more than 600,000 of the estimated 1.7 million viruses currently undiscovered in birds and mammals could pose a risk to human health. These viruses can spread to people when they come into close contact with wildlife throughout the wildlife trade supply chain (from capture or harvest, to transport, to sell, to purchase). That’s what many scientists believe is likely to have happened with the COVID-19 virus, with experts participating in an investigation organized by the World Health Organization concluding that markets selling animals were a probable source of the virus.

Fortunately, Congress gave the government the power to keep risky wildlife out of the United States. The Lacey Act states:

“The importation into the United States…of wild mammals, wild birds, fish (including mollusks and crustacea), amphibians, reptiles, brown tree snakes, or the offspring or eggs of any of the foregoing which the Secretary of the Interior may prescribe by regulation to be injurious to human beings…is hereby prohibited.”

The Service has a record of listing species based on the risk of spreading disease. For example, in 2016, the Service listed 201 salamanders from 20 genera as injurious under the Lacey Act after determining that various species of salamanders carry a fungus that causes die-offs in salamanders and pose an imminent threat to U.S. native salamander populations. As a precautionary measure, the Service listed the entire group of 201 salamander species, including some that were not confirmed carriers of the fungus because of the risk that they could be hosts of harmful pathogens. A similar approach is warranted to lessen the risk of a future pandemic.

Banning the importation of wildlife that poses any risk to human health would cause some economic harm to a very small group of people in the United States. It’s a price we should be willing to pay. While estimating the global value of wildlife trade is difficult, a 2019 study estimated it to be worth $107 billion. And wildlife trafficking is estimated to be worth $7-23 billion. Together, the annual value of global wildlife trade (legal and illegal) is probably no more than $130 billion. The United States’ portion of that would be much smaller. Juxtapose that against the impact of COVID-19 on the U.S. economy, which IPBES estimates may be as high as $16 trillion by the end of 2021. Congress could easily compensate people harmed by banning imports of wildlife and it would be a well-justified investment given the risk of economic catastrophe associated with another pandemic.

It is reprehensible that the Service has not yet taken action to stop the importation of wild animals, like wild mammals and wild birds, that pose a risk to human health. The Biden administration should not allow that negligence to continue. We must not give more weight to a very small set of economic interests than to the possibility—even if remote—that hundreds of thousands of people could die from the next pandemic born by wildlife imported into the United States.