By NewsroomJanuary 11, 2020Anti-poaching, Science and technology
No Comments

Generally in South Africa, criminals control the night. Technology is a tool that is used in protected areas (national parks, provincial, municipal and private nature reserves) for detecting suspected poachers or criminals. It can be used to empower protected area management to claim a fraction of the night.

When it is working, it can act as a force multiplier because it can be active 24/7. Information provided by technology, in general, is accurate in terms of time, position, altitude and other variables. Protected area agencies must be aware that anti-poaching technology is changing rapidly and they must be prepared to adapt to those changes.

Most technologies are designed for fighting crime in urban areas which are smaller in size with high human densities, and developed mainly from the Northern Hemisphere countries where climatic conditions are not the same. In rural areas, human population is low, bigger areas are to be covered, and there is usually poor connectivity. These conditions also require high power retention technologies.

These challenges impact on limited resources such as budget and manpower in protected areas. Bringing these technologies into rural areas is costly and at times some of the technologies are not viable in these areas. These challenges call for prioritisation based on the threats and the value of the environmental assets. 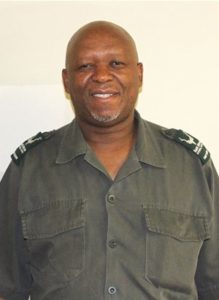 With a wide range of activities taking place in protected areas, including wildlife, landscapes and human activities (tourism, counter-poaching, research), technology must be able to differentiate between friendly forces and enemies.

Game such as elephants can uproot foreign objects, hyenas can bite cables and rhino can rub themselves against anchor posts. Some of the assets also share some characteristics that are similar to human beings e.g. same temperature (for thermal detection) at different times of the night – such as termite mounds and certain species of trees, as well as shape, and walking patterns.

There are five main types of technologies used in protected areas:

Technology forms part of the game changers in counter poaching and includes canines, air-mobility and field personnel. In the Kruger National Park, we are making headway with technology, however no technology can replace troops on the ground.