By NewsroomJanuary 18, 2020Conservation
No Comments

Good news stories can be hard to come by in an era of extinction, but the steady improvement in the fortunes of the black rhino is one of those stories.

For the Ol Pejeta Conservancy in Kenya, 2019 was a particularly positive year. The 17 black rhinos born at the home of East Africa’s largest grouping of black rhinos marked a record for the conservancy, a significant conservation success for this critically endangered species. 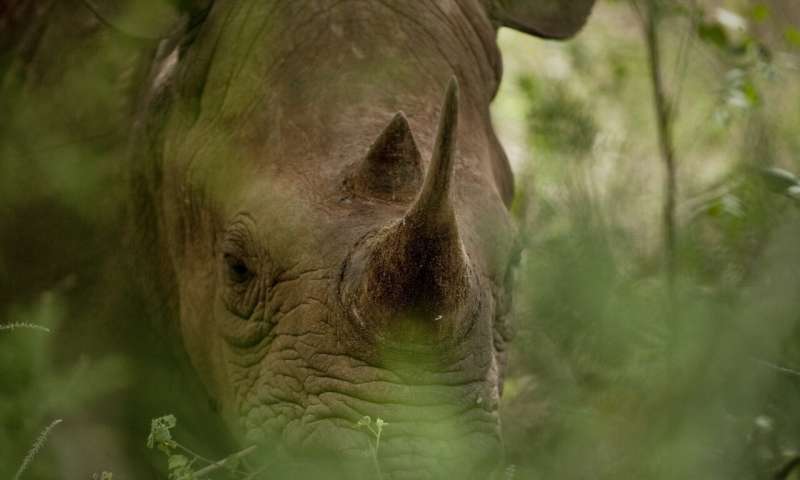 “The high annual population growth of black rhinos achieved at Ol Pejeta over the past 15 years in particular is essential to buffer against the periodic losses of rhinos to poaching,” says Rob Brett, Senior Technical Specialist for Africa at Fauna & Flora International (FFI). “The black rhino is still critically endangered and its numbers are a long way from where they were even 50 years ago. When we see these sorts of numbers produced in one year, however, it gives us hope that we can keep improving its fortunes and help Kenya restore its black rhino population to the goal of at least 2,000 animals.”

No black rhinos were poached at Ol Pejeta last year. The success of the black rhino programme at the 270-square-kilometre sanctuary is a standout example of long-term conservation planning combined with collaboration and a community-focused approach.

Back From the Brink

By the mid 1990s the black rhino was on the brink of extinction and there was a desperate need for more dedicated conservation efforts. The population declined by 95% from 1960, plummeting from more than 65,000 individuals to fewer than 2,500 animals in 1995 as poaching for rhino horn and land clearance decimated the species. Kenya alone held around 18,000 individuals in 1970, a number which fell to fewer than 400 by 1990. From that historic low, numbers globally have increased to around 5,500 thanks to ongoing high growth rates from continentally important black rhino populations such as the one at Ol Pejeta, based on effective protection, good monitoring and biological management for growth.

Ol Pejeta is one of East Africa’s flagship private conservancies and has close links with the 39 conservancies that make up the Northern Rangelands Trust (NRT) consortium, which was set up in 2004 to develop resilient community conservancies that transform people’s lives, keep the peace and use natural resources sustainably. As one of the founder members, FFI has been involved with NRT since its inception, helping to support a range of activities that benefit both people and wildlife.

Despite the steady growth in black rhino numbers in recent years, FFI and its partners are not complacent and continue to act with the utmost vigilance. Demand for rhino horn remains high, habitat degradation and land use change is a threat and climate change looms large. On top of these threats, it is extremely costly to provide round-the-clock protection for a growing population of one of the world’s most coveted animals.