By NewsroomSeptember 10, 2019Conservation, Rescue and rehab
No Comments

Kenyan and international wildlife conservationists are celebrating the birth of two newborn black rhinos in Ngulia Rhino Sanctuary in Tsavo West National Park. The identity of the new mothers was not immediately established but the game rangers were glad to share their photos with their young ones at a watering point.

Elsewhere, another female rhino named Salio is also nursing her three-day-old baby. Salio was rescued as an orphan and brought to the Kenya Wildlife Service (KWS) partner Sheldrick Wildlife Trust orphanage and later released to the wild.

International Union for Conservation and Nature listed black rhinos as endangered species with a declining population at 98 % since 1960. 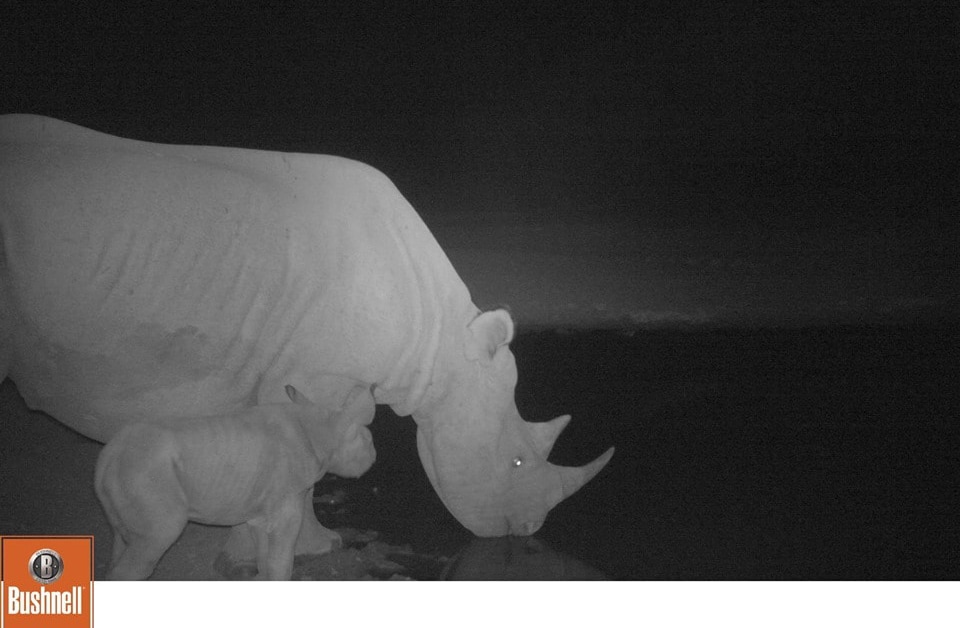 Original photo as published by Tuko: New mother and her baby at a watering point. (Photo: Kenya Wildlife Service, Facebook)

In 1995, Kenya recorded 2,410 black rhinos. Despite a government ban on poaching and multi-sectoral conservation efforts, mysterious deaths have dogged rhino population in Kenya.

In 2018, Tourism Cabinet Secretary Najib Balala came under fire following the death of seven rhinos with missing carcasses and horns. The government had transferred 14 of them from both Nairobi and Lake Nakuru national parks to Tsavo East National Park where they reportedly met their mysterious deaths. Kenya registered only 52 rhino births in the same year.