Botswana dehorns its wild rhinos to save them from poachers’ slaughter

By NewsroomFebruary 1, 2020Anti-poaching
No Comments

Once Africa’s safest haven for wildlife, is to dehorn its entire population of wild rhinoceroses in a desperate bid to spare them from slaughter by poachers.

The radical plan has been settled on by wildlife officials who fear that the species will soon be locally extinct for the third time in the country’s history if poaching trends continue. The contentious scheme was made public, apparently in error, in a radio interview by Philda Kereng, the environment minister.

Giving advance notice about dehorning can panic poachers to try to reach the rhinos first, so rangers and vets are now scrambling to track, sedate and dehorn the most vulnerable animals in killing hotspots. 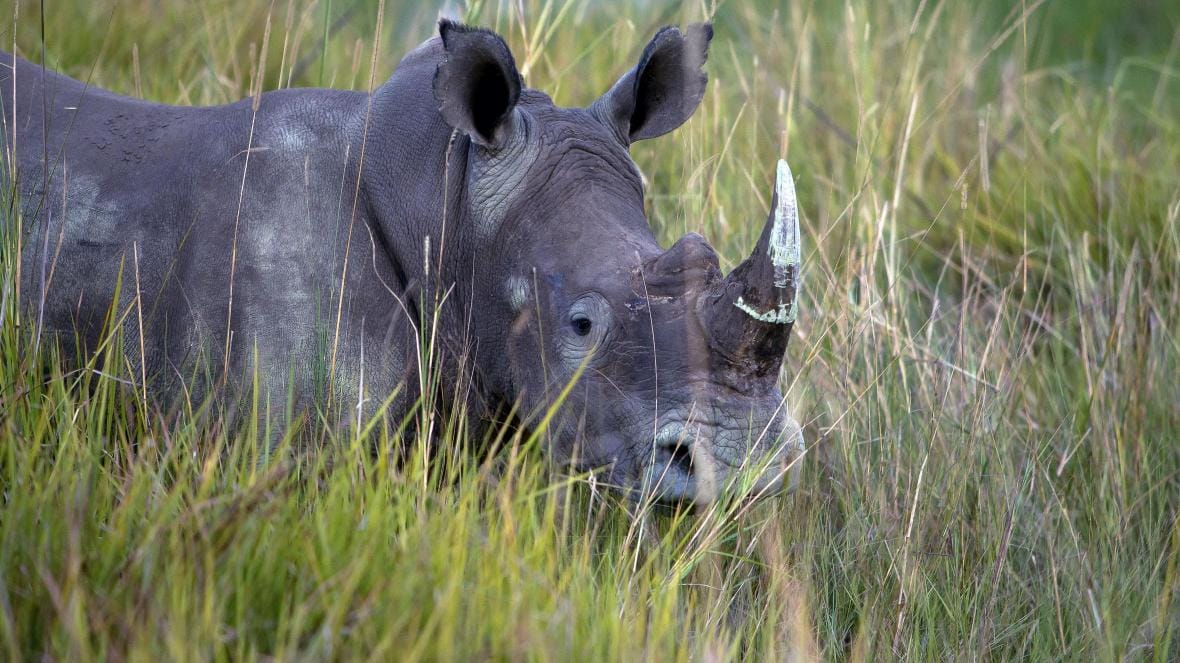 Original photo as published by The Times: At least 30 of Botswana’s dwindling rhino numbers have been slaughtered in the past year — after being relocated to the country to keep them safe from slaughter in South Africa. BARCROFT MEDIA

Map Ives, Botswana’s leading rhino expert, is helping to implement the government’s emergency plan. “I agree with the strategy, but not wholeheartedly,” he told The Times. “The onslaught is severe and we are up against very organised, dangerous professional operatives with all the resources and weapons they need.”

His organisation, Rhino Conservation Botswana, has Prince Harry as its patron, and he himself played a part in re-introducing rhino to the southern African state two decades ago.

Between 2007 and 2017 only six rhinos were killed for their horns but in the past year the government has confirmed that about 30 black and white rhinos have been lost from a population of approximately 300 — and some conservationists claim that the actual death toll is far higher. The country’s critically endangered black rhino population is now thought to be unsustainable.

“For those emotionally involved in this project, the last year has been horrific,” Mr Ives said.

Rhino horns sell for £55,000 a kilogram on the black market in Asia, where they are used as status symbols and in medicinal remedies.

Removing them to save the animals is an expensive and complex undertaking, and is not a permanent solution. The operation is done by chainsaw, leaving a small stump that grows back to a sizeable horn within three or four years, putting the rhinos at risk once more. There are also fears that to make up for lost income poaching gangs might return to targeting elephants.

Those who back the strategy say it will buy the authorities time to improve their intelligence on the poaching syndicates, which have decimated rhino numbers in neighbouring countries. South Africa has lost more than 7,000 rhinos in the past decade.

Ironically, most of those killed in Botswana had been sent there from the Kruger Park for “safekeeping” in the Okavango Delta, a Unesco world heritage site now in danger of losing its reputation as Africa’s “last Eden”.

At the same time as they are dehorned rhinos will be fitted with tracking devices. The project is expected to cost £1,000 per animal.

Being without a horn is no guarantee of safety: poachers often kill the rhino anyway so that they do not have to track it again. Most slaughter has taken place in the Okavango Delta in the northwest of the country. The delta is the hub of Botswana’s luxury tourism industry and rhinos were reintroduced to it in recent years after being poached out of the area.

A stay at the exclusive Mombo Camp on Chief’s Island, where several rhino carcasses have been found, their faces gouged out for their horns, can cost up to £3,000 a night.

Erik Verreynne, a leading wildlife vet, said that Botswana’s rhinos were treated “according to the needs of the tourism industry and not the needs of rhino conservation”. Rather than being left in remote areas close to international borders, like the delta, the rhinos should be relocated to safe, semi-wild sanctuaries “where we can concentrate our defences optimally”.

He added: “They deserve to be protected, and keeping them in high-risk areas for the sake of tourism is against all sound principles. Viewing semi-wild rhino in Botswana is better than viewing no rhino at all.”