Botswana kills five suspected poachers in effort to save rhinos

By NewsroomApril 7, 2020Anti-poaching
No Comments

GABORONE, BOTSWANA: Botswana has seen an unprecedented rise in rhinoceros poaching in the last 12 months.

The government reports nearly 50 of the animals have been killed in the last 10 months, about one-tenth of the country’s rhino population.

Officials say at this rate, the black rhino population, which numbers just a few dozen, could be wiped out by the end of next year.

But Botswana’s security forces are taking the fight to the poachers. This week, five suspected poachers were killed in two incidents.

On Monday, one poaching suspect was gunned down in a confrontation with local soldiers. Four more suspected poachers were killed two days later, in the thickets of the Okavango Delta, home to most of the country’s rhinos.

President Mokgweetsi Masisi has warned his government will fight the poachers, most of whom come in from neighboring Namibia and Zambia. 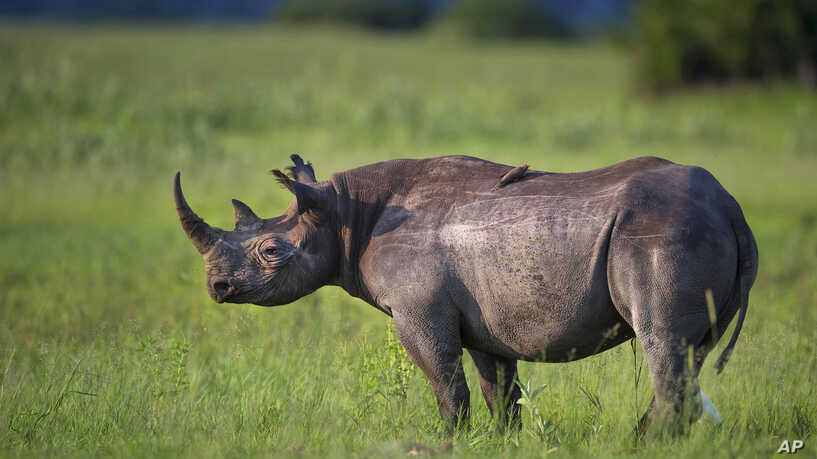 Original photo as published by VOA News: The Botswana government reports nearly 50 rhinos have been killed int he last 10 months, about one-tenth of the country’s rhino population.

“There are serious problems of poaching. Poachers do not bear a spear or a knobkerrie, or a knife, like some of those who break into households,” Masisi said. “Poachers bear sophisticated arms, and poachers are sufficiently radicalized to kill. So they are dangerous. We put an army in place to defend this country, so any intruder is an enemy. And unfortunately, as with any war, there are casualties.”

A Botswana soldier was killed last month during an exchange with suspected poachers in the northwestern part of the country.

A conservationist, Neil Fitt, said the recent killing of suspected poachers is proof the government and the Botswana Defense Forces are on the right path.

“Obviously the taking of any life is not to be condoned. One has to try not to do that,” Fitt said. “However, as I think we all know, in the last year or so, the poaching incidents in Botswana have increased dramatically. We have lost a lot of rhinos, and I am not too sure how many elephants we have lost. The fact that the BDF [army] are upping their game plan, I think, is a very good thing.”

Fitt warned poachers would try to take advantage of the reduction in tourism caused by outbreak of the new coronavirus.

“We must also remember this time, with the pandemic that we actually have, the tourism operations in the whole area has down scaled, which I believe the poachers will be trying to take advantage of,” Fitt said. “So there will be an upsurge of poaching activity.”

Botswana’s government denies the upsurge is due to a decision to disarm an anti-poaching unit last year.