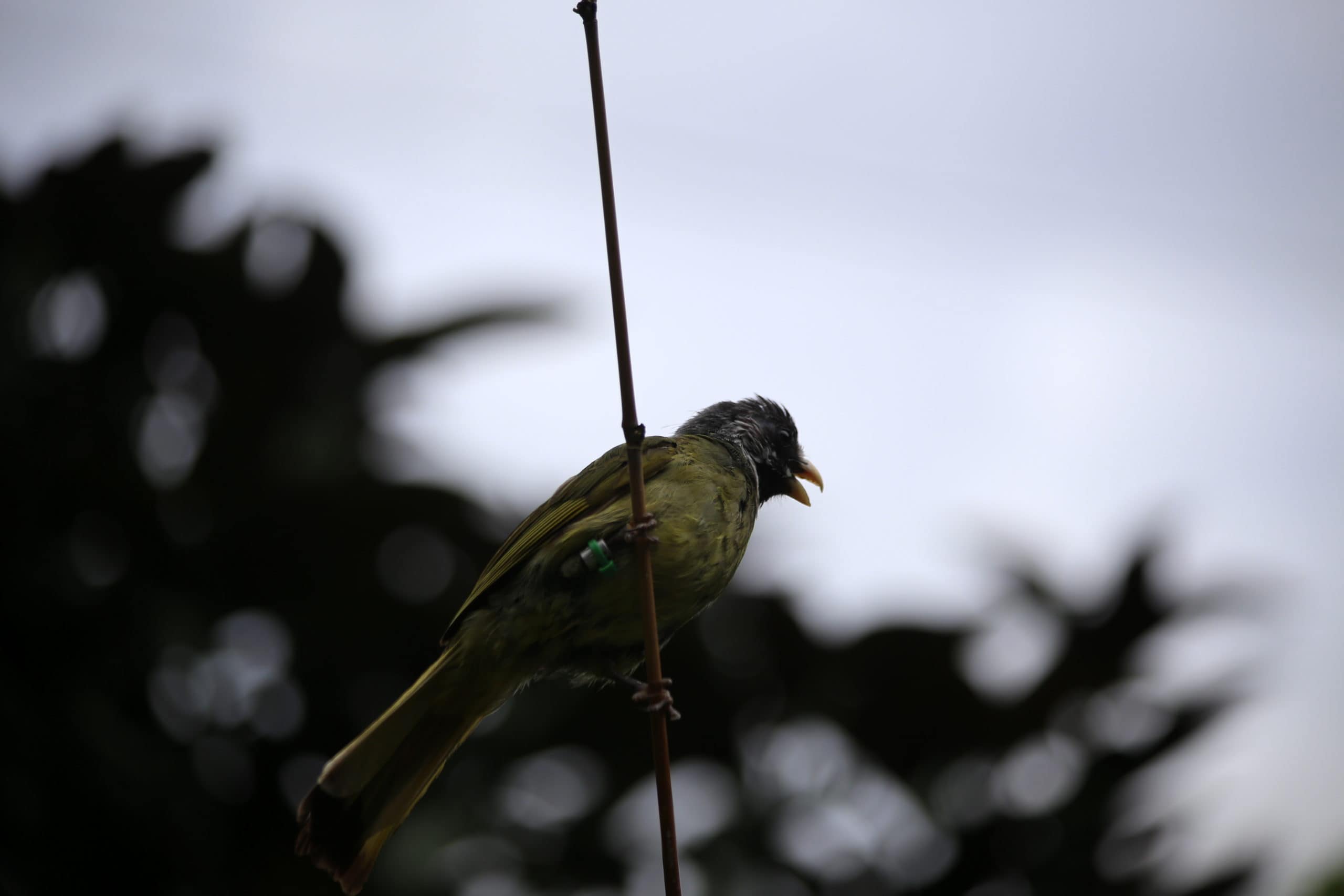 Wild songbird populations are under threat from Vietnam’s illegal songbird trade, but a unique partnership between TRAFFIC and the Vietnam Central Buddhist Association (VCBA) is working to counter the unsustainable songbird pet trade among dharma audiences. Image: Flickr.

“The demand for songbirds as pets or for competition has reached such a level such that Vietnam’s forests are going silent. People are increasingly used to seeing birds in cages than in trees.” – Sarah Ferguson, TRAFFIC Vietnam Office Director.

In one three-day study alone, TRAFFIC recorded a total of 8,047 birds from 115 species for sale in the capital Hanoi and Ho Chi Minh City. Ninety per cent of those species are offered no protection under Vietnam’s legislation, paving the way for a potential conservation crisis.

TRAFFIC is being helped by The Venerable Thich Thanh Huan, Abbot of Phap Van Pagoda, to motivate the community to protect vulnerable species by discouraging the caging of songbirds. The Abbot advocates for the birds’ freedom. “Even though we do not understand their language, the desire for freedom and the desire to live in peace is what all life aspires to.”

“The cage, even if it is big, beautiful, and expensive, is not a substitute for the vast forest with green trees and the free and unfettered space that is the natural habitat of birds.” – The Venerable Thich Thanh Huan.

The report, ‘Calling for compassion: countering Vietnam’s songbird demand with Buddhist philosophy’, found that the majority of bird owners keep birds solely as pets, while the other 30% of owners participate in competitions, and in the trading of birds.  The most popular species, the Red-whiskered Bulbul Pycnonotus jocosus is often used in singing competitions, whereas species like the Chinese Hwamei Garrulax canorus are more prevalent in bird fighting competitions. Both species are listed on the IUCN Red List, the Red-whiskered Bulbul with a documented population decline.

The competitions can vary in size and reward; the largest competitions showcasing approximately 600 birds award monetary rewards up to tens of millions of VND or other prizes such as bikes, TVs, motorbikes, birdcages, trophies, and certificates.

Owners participating in competitions prefer to use wild birds as their song is perceived to be superior to the captive-bred birds. According to the Vietnam Birding Association, “The percentage of ‘mature birds caught from the wild may be even higher because Red-whiskered bulbul and Hwamei are unlikely to reproduce in captivity.”

After listening to regular dharma talks by the Venerable Thich Thanh Huan, 60% of bird keepers no longer wanted to purchase songbirds. Their motivations included avoiding bad karma for confining birds and many said they would advise others against collecting songbirds because doing good things would help bring fortune and luck.

However, the songbird collection and trade provide livelihoods and is a deeply rooted tradition throughout Vietnam. And, it is suggested that competitions are still on the rise.

The behaviour change messages of this project were empowered by the wisdom and reach of the Buddhist social and spiritual philosophy. The organisation is developing more in-person events and suggesting alternative activities for songbird owners, such as visiting national parks or protected areas to watch birds in the wild.

TRAFFIC aims to strengthen its partnership with the Vietnam Central Buddhist Association, the largest Buddhist organisation in Vietnam – to enhance behaviour change messaging and reduce this unsustainable trade to help restore the wild bird song to the country’s forests.

The Abbot also wrote a journal about songbird collection, which the VCBA shared on the websites of several pagodas and songbird clubs.