Campaign against poaching has led to decrease in rhino hunting: PM Modi

By NewsroomJanuary 31, 2022Anti-poaching
No Comments 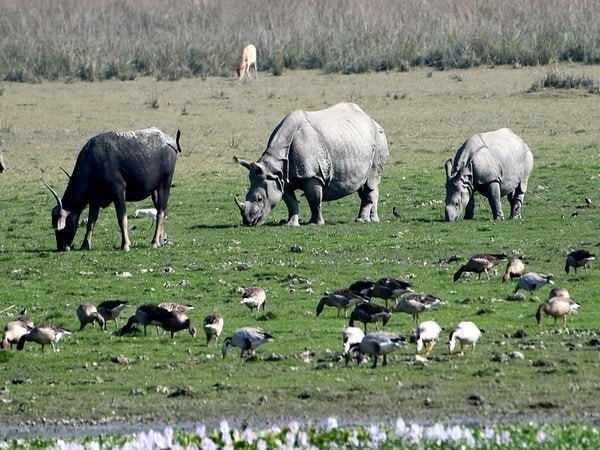 Prime Minister Narendra Modi on Sunday said that a campaign against the poaching of rhinos was launched in the last seven years with the efforts of the Assam government and now there is a steady decrease in the hunting of rhinos in the state.

“The rhinos, which has such great glory in the culture of Assam, also had to face difficulties. In 2013, 37 and in 2014, 32 rhinos were killed by poachers. To tackle this challenge, a huge campaign against the poaching of rhinos was launched in the last seven years with the special efforts of the Assam government,” the Prime Minister said while addressing the nation on ‘Mann ki Baat‘.

The Prime Minister noted that on September 22, last year, on the occasion of World Rhino Day, more than 2400 horns seized from smugglers were burnt.

“This was a stern message to the poachers,” he said.

PM Modi said that the result of such efforts is that now there is a steady decrease in the hunting of rhinos in Assam. “Where 37 rhinos were killed in 2013, two killings in 2020 and only one in 2021 have come to the fore. I appreciate the resolve of the people of Assam to save the rhinoceros,” he added.