Can it ever be right to kill an animal for fun?

By Peter BorchertMarch 16, 2022Editorial
No Comments 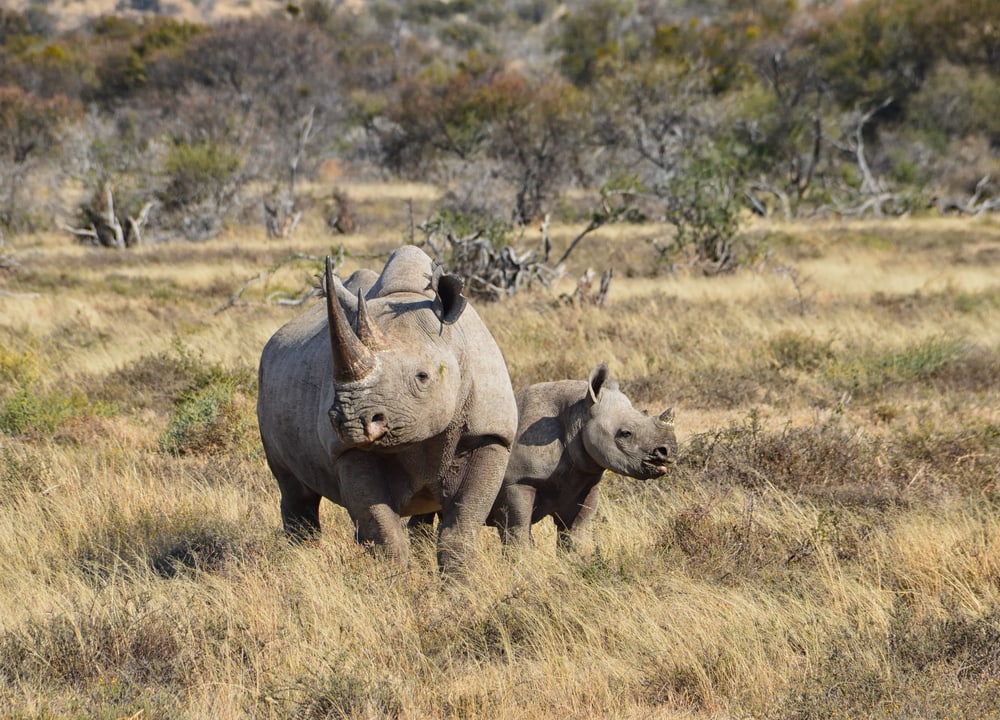 I read an advertisement this morning for some trophy hunts. There are apparently 100 trophy individuals on offer, and the ad goes to some pains to point out that the hunts will take place in a large natural reserve so that they meet the ethical standard of “fair chase.” At the cost of some $500,000 per hunt, they do not come cheap. The fee includes the license, the proceeds of which will go to government coffers with the promise that the funds will be appropriately used, another large portion accruing to the professional hunting “outfitter” hosting the event, and an unspecified amount to be handed over to the local community as a gesture of goodwill. The reader is assured that all legal requirements will be met in terms of relevant permits and that the hunts are sustainable and will not compromise the biological diversity of the gene pool. A choice of weapons is acceptable: bow or rifle.

The price tag excludes taxidermy services, the cost of exporting the trophy back to the hunter’s home country (at the above cost, it is reasonable to assume that all the hunters will be exceptionally wealthy foreigners), and the hunting party’s airfares.

Sorry, I didn’t mention that the target species is Homo sapiens.

If you haven’t guessed, the above scenario is a mischievous fabrication. No hunting of human trophies is up for grabs. But why not, one might ask? The concept might be repugnant to most, but I am (almost) sure it would appeal to some if an opportunity was presented. Governments and rural communities are desperate for revenue. And certainly, a mere 100 humans would be sustainable given our current population stats, so there would be nothing to fear consequentially in terms of the genetic pool or regarding the population’s ability to recover from the loss. Everyone benefits, except the hunted individuals, of course. But their demise might seem a small price for the greater good.

But we wouldn’t do it, would we? And for a very good reason: it’s called cold-blooded murder. It is contra to our legal code, and the act of hunting humans for the sheer pleasure and thrill of doing so would be denounced as beyond the pale by any standard of morality. Nevertheless, there is a particular fascination for the concept—witness the slew of movies exploring the thread of humans hunting humans.

So, we feel understandable moral outrage at the thought of hunting humans. But if the trophy quarry was a gorilla or a chimpanzee? What about a bonobo or orangutan? What then? How would we feel about tracking and murdering one of them? I think, perhaps, it would be widely be met with queasiness and distaste, if not outright revulsion. But some would see the logic in it if the same benefits to government conservation coffers and communities were to be met. And there would also be some eagerness for the trophy experience.

If we can agree, then, that the trophy hunting of humans—their killing for pleasure—is universally illegal and morally abhorrent. What state of hubris is it that allows us to lump all other animals in the class of “fair game?” Notwithstanding possible qualms at the top end (the great apes, for example, with whom we share so much common genetic material), our moral reservation at exploiting other species in this manner—bears, elephants, rhinos, the big cats, and so on—becomes ever more flexible as we move down the scale. Of course, the great apes and some others are protected from trophy hunting by international treaty (CITES). But, for example, many of the “lesser” primates are up for grabs—monkeys and baboons (sometimes entire families) are targeted, with American hunters murdering by far the most. From 2007 to 2016, 11,205 primate hunting trophies were traded internationally, and 8,896—or almost 80 percent—were imported to the U.S.

It could be quite reasonably argued that trophy hunting (if controlled by law and quotas) is far less of a threat to the targeted species than, say, poaching or the bushmeat trade, the perpetrators of which have no qualms about killing any animal, including the great apes. This is true, but the two activities are different—trophy hunting is for self-gratification, and bushmeat hunting is harvesting food for subsistence and commercial gain. Perhaps both offer benefits for destitute and desperate people, but they are intrinsically different moral and legal issues and need different appraisals and solutions.

A justification often presented is that if trophy hunting is seen as an aspect of the legal trade in a species, and if that derives benefit for the communities most in need of it, it can work as a strategy to lessen criminal harvesting. But it is hard to imagine this working. Conservation practices alone will never deliver enough benefit to overcome the incentive to poach unless, of course, accompanied by good laws and even better policing. But I digress.

The above musings are prompted by a recently published paper entitled Legal hunting for conservation of highly threatened species: The case of African rhinos. The four well-respected authors acknowledge that “Legal hunting of threatened species—and especially the recreational practice of ‘trophy hunting’—is controversial with ethical objections being increasingly voiced.” But this, they contend, should be weighed against the view that hunting, when legally conducted and well regulated, is a valuable conservation tool and a source of ongoing funding if “facilitated by appropriate local institutional arrangements.” Furthermore, they suggest if such hunting was stopped, the loss of revenue from trophy hunts could well have “negative consequences at a time when rhinos are being increasingly viewed as liabilities and revenue generation for wildlife areas is being significantly impacted by COVID-19.” They examine this regarding White and Black rhinos in South Africa and Namibia, both countries with a long history and experience where the tightly controlled and “legal hunting of African rhinos has been sustainable.” They also postulate that, “counter-intuitively, removing a small number of specific males [via trophy hunting] can enhance population demography and genetic diversity [and] encourage range expansion.”

Michael ’t Sas-Rolfes and his colleagues present their case methodically and logically; I can’t, in general, find fault with their summing up of the history of rhino hunting in South Africa and Namibia. And I am sure that their assumptions about rhino breeding biology are sound, as well as their take on socio-economic aspects regarding human population growth and the attendant pressure on wildlife because of unsustainable exploitation and land-use changes. And, as they rightly point out, “Rhinos are especially threatened by poaching to meet the persistent demand for their horns, leading to significant recurring financial obligations to cover essential security and management costs.”

However, I do question their seemingly blanket assumption that the populations of both species are sound. Their cut-off date for White Rhino numbers is 2017, when the population was assessed at around 17,000. This ignores the following five years that saw a further drastic drop in numbers. Conservationists speculate about current numbers, but 12,300 has been mooted as a likely number, possibly even fewer. Black Rhino are cited as having grown modestly and steadily over the years since the nadir of 1994 when a mere 2,410 remained in all of Africa. And yes, they have recovered to more than 5,600, which is a great tribute to conservation efforts. But we are far from out of the woods, and the 50 percent collapse in Kruger National Park’s Black Rhinos is telling.

I believe that we need to be ultra-cautious for some years before we can in any way be sanguine about steadying and/or increasing rhino numbers, let alone make a case for hunting them as trophies. But, as engaging as all of this is, for me, it is not what the argument is ultimately about. It is far more fundamental than that. If you can argue that it would be morally reprehensible to hunt a human as a trophy, then surely we should regard taking the life of any individual of any species for the purpose of recreation as indefensible. And I find it impossible to align myself with those who defend trophy hunting from an academic/scientific standpoint, prefixing their support with comments like “While I, personally, would not trophy hunt …etc.”

’t Sas-Rolfes et al. suggest that moral critics of recreational/trophy hunting are fixed on the right or wrong of the action. In contrast, those who see virtue in trophy hunting as a means to an end are the pragmatists concerned with consequentialism and what they see as positive outcomes. Both, of course, are complex philosophical rabbit holes down which it is probably counter-productive to stray too far. In support of pragmatism, the authors also lean on The European Union Court of Justice, which affirmed that “environmental policy and laws pertaining to hunting should be informed by good science.” I have no argument with “good science,” but even the best science can only provide us with verified data. The question then is what ought we to do with that intelligence, which once again brings us full circle to morals, ethics, and philosophical debate.

I cannot reconcile myself to the killing of any life form for fun, and that is all there is to it. I know that my line in the sand will attract the disapprobation, possibly even ridicule, of many fellow conservationists. So be it.

That said, I accept that there remains a problem to be solved: poor rural people living alongside conservation areas have precious few opportunities to earn money, and their poverty does not make for good neighborliness between humans and wildlife. Trophy hunters argue that their activities provide the trickledown of at least some revenue. I’m not convinced. To some small extent they may be right, but rural communities need more than a trickle, they need a good, strong, perennial stream. Finding the wellsprings to feed that stream is where I intend to focus my efforts, not in fighting the vested interests behind what I see as an activity that diminishes us as humans and contradicts the zeitgeist of our time.