By NewsroomMay 12, 2020Conservation
No Comments

Shannon Elizabeth, who starred in ‘American Pie’ and ‘Scary Movie’, has criticised the outrageous miniseries

The show re-energised her lobbying for the US Congress to pass the Big Cat Public Safety Act. The bill aims to protect an estimated 5,000 tigers in captivity in the US by reducing private ownership and preventing the public from having direct contact with these exotic animals. 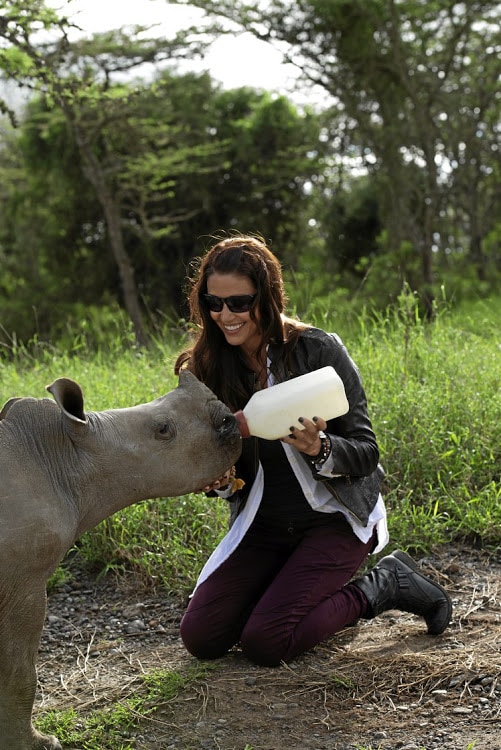 Elizabeth, who relocated to Big Bay in Cape Town four years ago to follow her passion for conservation, said that viewers were drawn to the “sensationalised characters” in Tiger King, but they were “missing the message sometimes that these people are abusing animals”.

“You see on the show that a tiger has babies, and they literally roll the babies through a fence with a stick, and take [them] away from her so they can start feeding the babies themselves and getting them used to taking pictures with people,” she said during a Zoom interview with the Sunday Times.

“We need to stop allowing roadside petting zoos, all these things that are actually hurting the animals. If anybody watched Tiger King, they can see exactly what is happening to these animals. It is just not OK.”

“Some of the people who we had lobbied to in the past, in [Washington] DC, actually reached out to us to support this bill.”

Having started a dog and cat rescue organisation, Animal Avengers, in Los Angeles in 2001, Elizabeth found herself drawn to broader conservation issues.

By September that year, she was on a two-month trip handing out useful supplies, including a solar-powered water pump for Hwange National Park in Zimbabwe.

Her nonprofit Shannon Elizabeth Foundation recently rolled out a new project, the Rhino Review, an online resource that pools extensive information on the animal and highlights credible organisations in rhino conservation.

But Elizabeth says she hasn’t put her acting career on hold.

“If something comes to me, and it’s something I want to do, then I will do it. My ideal job would be to do a series highlighting endangered animals, and the work people are doing. That is marrying the best of both worlds for me.”