By NewsroomAugust 24, 2021Rescue and rehab
No Comments 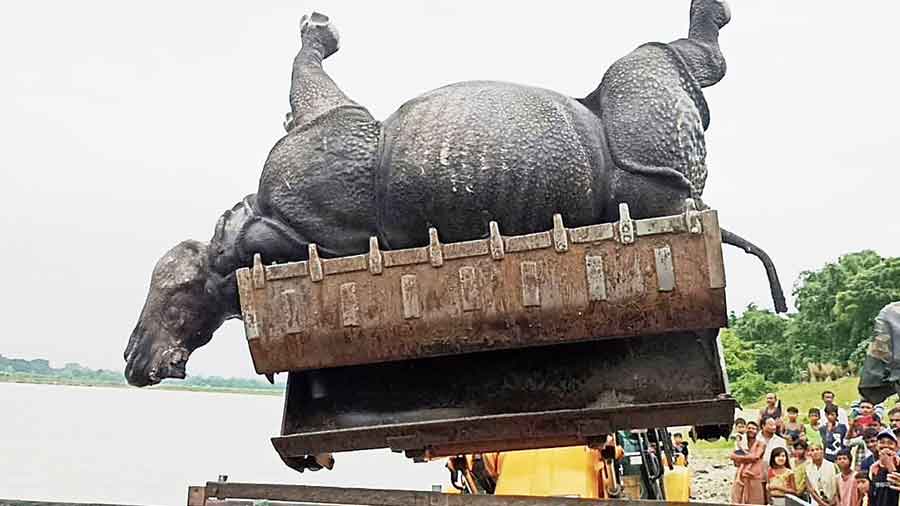 The body of the rhino being taken away from the riverbank on Saturday. Image: As originally published by The Telegraph

The carcass of an adult male rhino was found on the banks of the Torsha river near a hamlet close to the Chilapata forest in Alipurduar on Saturday.

Senior forest officials suspect that the animal had died by drowning in the Torsha that had swelled over the past couple of days following heavy rain in sub-Himalayan Bengal and in neighbouring Bhutan from where the river originates and descends into India.

“After inspecting the carcass, we could not find any external injury marks. Also, the animal’s horn was intact,” a forest officer said.